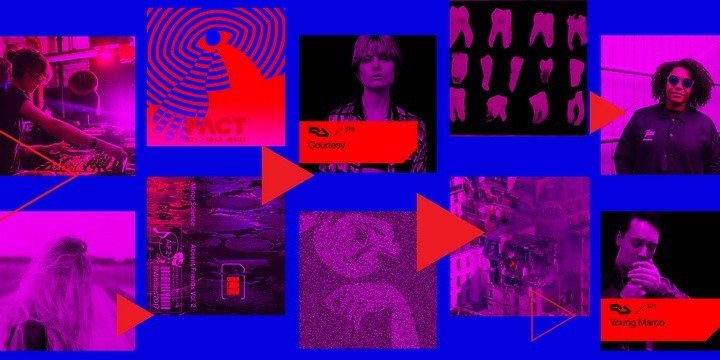 In dance and electronic music, DJ sets play a role that has no real analog in other genres: an invisible layer stretched across the face of the music, an alternate dimension where disparate tracks are cobbled together into a form that may transcend the individual parts. The best DJs play a curatorial and even a critical role, making sense of the surfeit of new music available and forging connections between novel sounds and antecedents buried deep in the canon.

Thanks to the way that DJ culture has spread online, you could go an entire year listening only to mixes and you might still come away with a truer understanding of current dance music than someone who had just listened to the year’s biggest albums. DJ culture represents the vanguard of electronic and dance music. And this year, the most exceptional sets were those in which old hierarchies continued to break down and an anything-goes spirit took on fresh urgency.

D.C.’s Dawit Eklund hasn’t released anything in 2017 besides a killer collabo with Max D under their Dawit & Dolo alias. So for now, if you want to hear solo joints like “belly dat,” “badonka donk,” and “expired litchi juice”—and believe me, you do—the only place to do so is this irresistible 99-minute dip into his hard drive. Alternately sleek and bumpy, smeared with color, and brimming with good vibes, the mix glows with soulful, Detroit-inspired keys, and stays airborne thanks to a healthy lift from West London-styled broken beats. Wake up with this and you might never need coffee again.

Club music never sounds quite the same outside the confines of an actual dancefloor, but this two-hour set from Avalon Emerson, recorded at London’s Printworks, loses absolutely nothing in translation. The Berlin DJ’s mixing is distinguished by the same duality that tends to define her recorded music: an eclectic spirit married to an unflinching pursuit of the groove. Together, those two instincts carry her across peak-time floor-fillers, slinky breakbeats, full-on drum ‘n’ bass, and teasing scraps of crowd-pleasing refrains from Björk, the Orb, and Shamir. Mixed fast and tight, the set tosses up surprises every giddy few bars. The occasional rapturous crowd howls are the grace notes that make this mix feel that much more electrifying in the otherwise humdrum context of home listening, treadmill running, and/or mind-numbing commutes.

Six months after first writing about this mix, I still find myself puzzling over its feints and dodges. I’m dazzled by the effortless way it mixes eras and styles, slipping seamlessly from ebullient disco to lo-fi techno to Bristol bass and beyond. The vibe flips like the twists in a Möbius strip, but the sense of forward motion glides as smoothly as an airport’s moving walkway. I’m not sure if I’ll ever quite figure out how London’s Josey Rebelle managed to pull off this sleight of hand.

Najaaraq Vestbirk, better known as the Copenhagen DJ Courtesy, describes her Resident Advisor podcast as an attempt to find some middle ground between the two opposing sides of her musical taste: contemporary, left-leaning bass/techno hybrids and ’90s rave and super-fast techno. It’s not an easy path to navigate. These are big, bold tracks full of lumbering bass and complicated syncopations, with brutality and grace balancing precariously. Halfway through, she even breaks for an extended passage of lightning-quick drum ‘n’ bass. But no matter how unwieldy the materials, her mixing is as agile as a sports car hugging the curves of an alpine road; the trip she takes her listeners on is every bit as exhilarating.

If there’s one thing we know about Laurel Halo at this point, it’s that she is several steps ahead of us. With Dust, her first major statement since 2015’s In Situ, she dialed down the beats and leaned hard into vaporous avant-garde textures. Behind the decks, though, her sound assumed an entirely different shape. Much like her club sets, this hard-charging mix for beloved New York collective Discwoman cuts a sidewinding path across tough, percussive styles like grime, South African gqom, Portuguese batida, and straight-up techno. If Dustoffered a more nuanced look at her sound, her Discwoman mix catapulted it into a whole new dimension.

If you didn’t snag a copy of the cassette, don’t worry. This enveloping ambient mix from Minor Science (aka former Pitchfork contributor Angus Finlayson) also lives online: Just maximize your browser and step into autumn in the uncanny valley, complete with raindrops drizzling down your screen. Mixing sampled voices and processed speech with glistening ambient tones and environmental sound effects, “Absent Friends 2” is a snapshot of new age at its most otherworldly. It’s also one hell of a finish to a banner year for the producer. Leave it playing on perma-loop, it’s what the screeensaver of a website is there for.

Chicago’s Sold, part of the crew behind the Hugo Ball parties at Smartbar, turns down the house and techno for this hushed, transportive mix for Blowing Up the Workshop. With a focus on ghostly voices and highly tactile microsound, the set’s skin-prickling properties are akin to ASMR’s whispered intensity, and its freeform sense of drift only makes the rhythmic passages hit home that much harder.

Somewhere between a scene snapshot and a collective act of wish-fulfillment, this throbbing, whip-cracking 80-minute set captures a rising generation of Parisian producers’ attempts at forging an entirely new subgenre within global club and bass music. Time will tell how durable their efforts prove, but the exuberance and determination here is undeniable.

There was no shortage of great ambient mixes this year—no surprise, given how the genre has flowered of late—but Amsterdam’s Young Marco, a member of Gaussian Curve, came up with something truly special by jamming over his records on synthesizer, drum machine, and effects. Suffused in bells, voices, and muted pulses, the results are magical, as atmospheric as a forest clearing under a full moon.

Much like her 2017 album Okovi, Zola Jesus’ FACT mix is an intense and even imposing experience, one that wears its reverb like a royal’s velvet robes. But her set is broader in both scope and mood than the album, taking in 1960s soul and narcotic R&B alongside goth-tinged club music, ambient drone, and luxe new wave. Not many musicians could gather Meredith Monk, Jeremih, and Folke Rabe under the same roof, much less tell such a cohesive story with their music. The finale—the sparse cello and voice of Arthur Russell followed by the eviscerating white noise of Black Sand Desert—is nothing short of soul-cleansing. Here, at the end of a trying year, it’s just what the doctor ordered.

A Floating Coffee Cup Pours a Rainbow of Liquid Pencils0 (0)