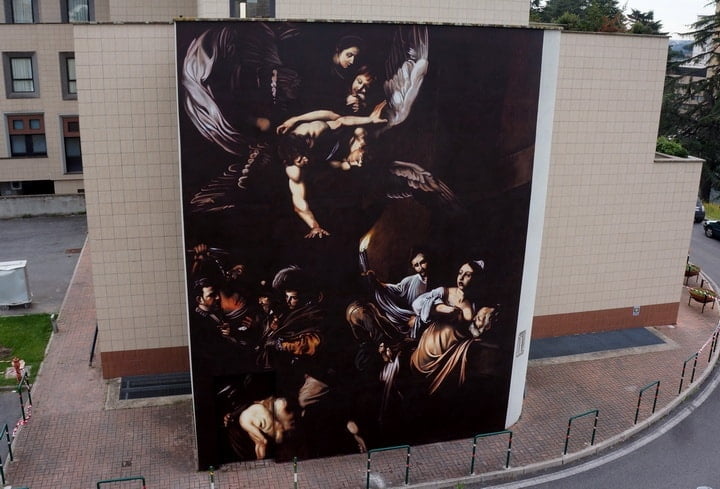 “The seven works of Mercy” by Caravaggio in Rome, reproduced by Andrea Ravo Mattoni0 (0)

The ambitious project of Italian artist Andrea Ravo Mattoni continues as he just reproduced the painting “The seven works of Mercy” by Michelangelo Merisi (1571-1610), aka the Caravaggio, on one of the two external walls of the Residence of Protected Hospitality of Policlino Gemelli.

The artist is pursuing the unusual project of creating an open-air gallery bringing back to life the great masterpieces of the past from the 1200s to the 1800s on walls and public spaces, making them accessible to everyone.

The idea of the recovery of classicism in the contemporary born in 2016. The intention is to return to the past where there are still lots to be re-discovered, considering that many of those works are the basis of what is today’s aesthetics as well as a part of the collective imagination, says Andrea.

“It’s like if I was a conductor who present a symphony drawing from an immense repertoire and my theater is the territory itself. I become a transmission channel that follows the ancient tradition of the copy of the work, a practice that was once widespread for the diffusion of paintings. I try to present them to a larger and unexpected audience, carrying forward also my background: graffiti. In fact, the spray is the common thread that connects with my past, where I come from, and it is precisely for this reason that I chose the spray can as my running stick.”

Always maintaining a close relationship between the territory and the painting, and above all, a correlation between work, territory and artist, this is one of those works that Ravo had been planning for some time. It is part of a geographic path that followed the stages of Caravaggio in life, in its movements. In fact, the other works dedicated to Caravaggio were performed in the cities where he was born, or lived for a while. The link with Rome stems from the fact that one of the first Caravaggio’s large commissions were born there. 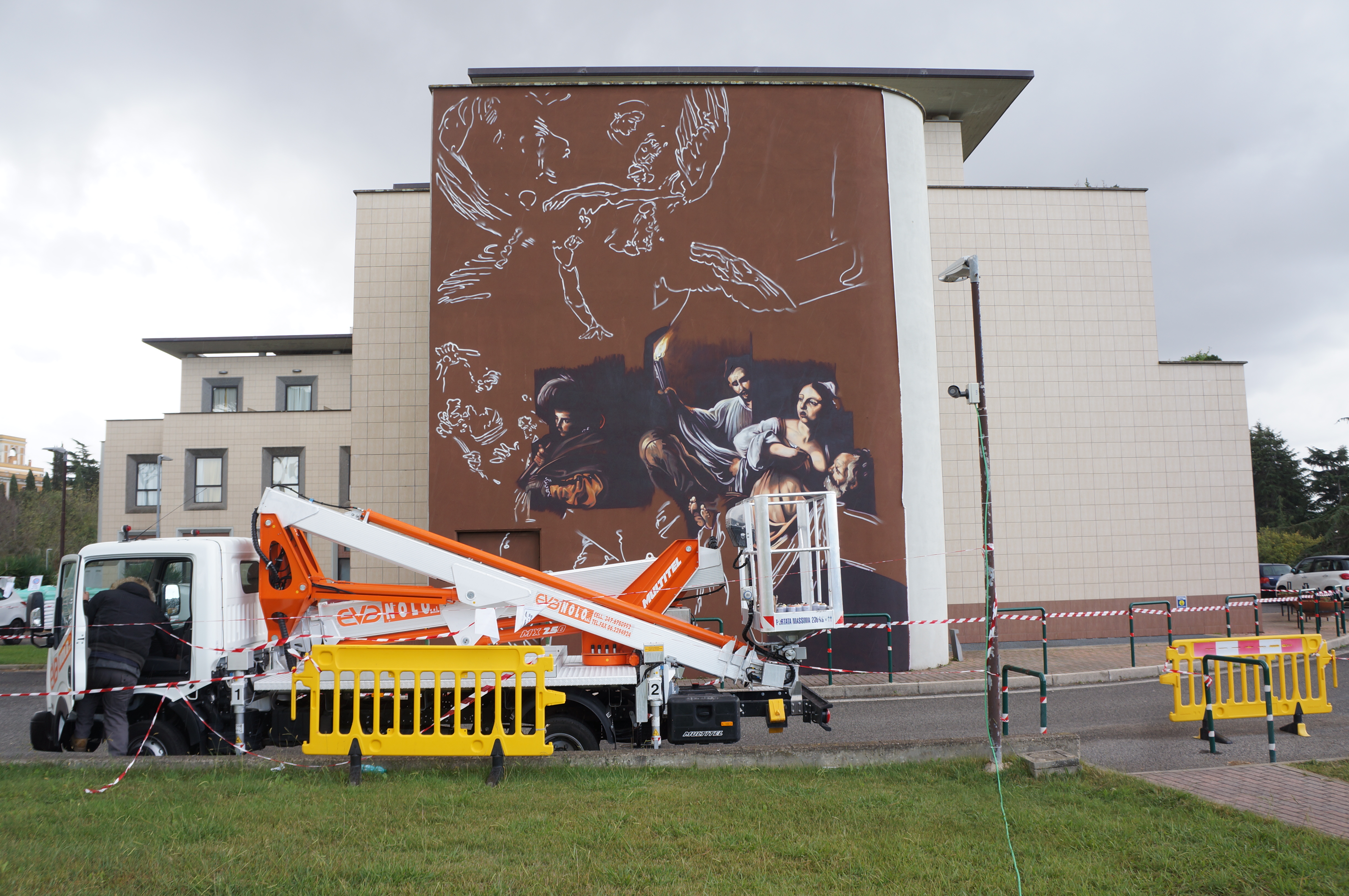 “This work is the most complex I’ve ever done. Although I thought I knew the painting, it was a continuous discovery. I had lost many details but now they’re branded in my eyes and mind. It was the biggest challenge and one of my primary objectives.”

The work of Ravo for Gemelli will be discovered and inaugurated in a dedicated event that will take place on December 13th.

Check out more pictures below and stay tuned for more reproductions of Caravaggio by Ravo right here on StreetArtNews! 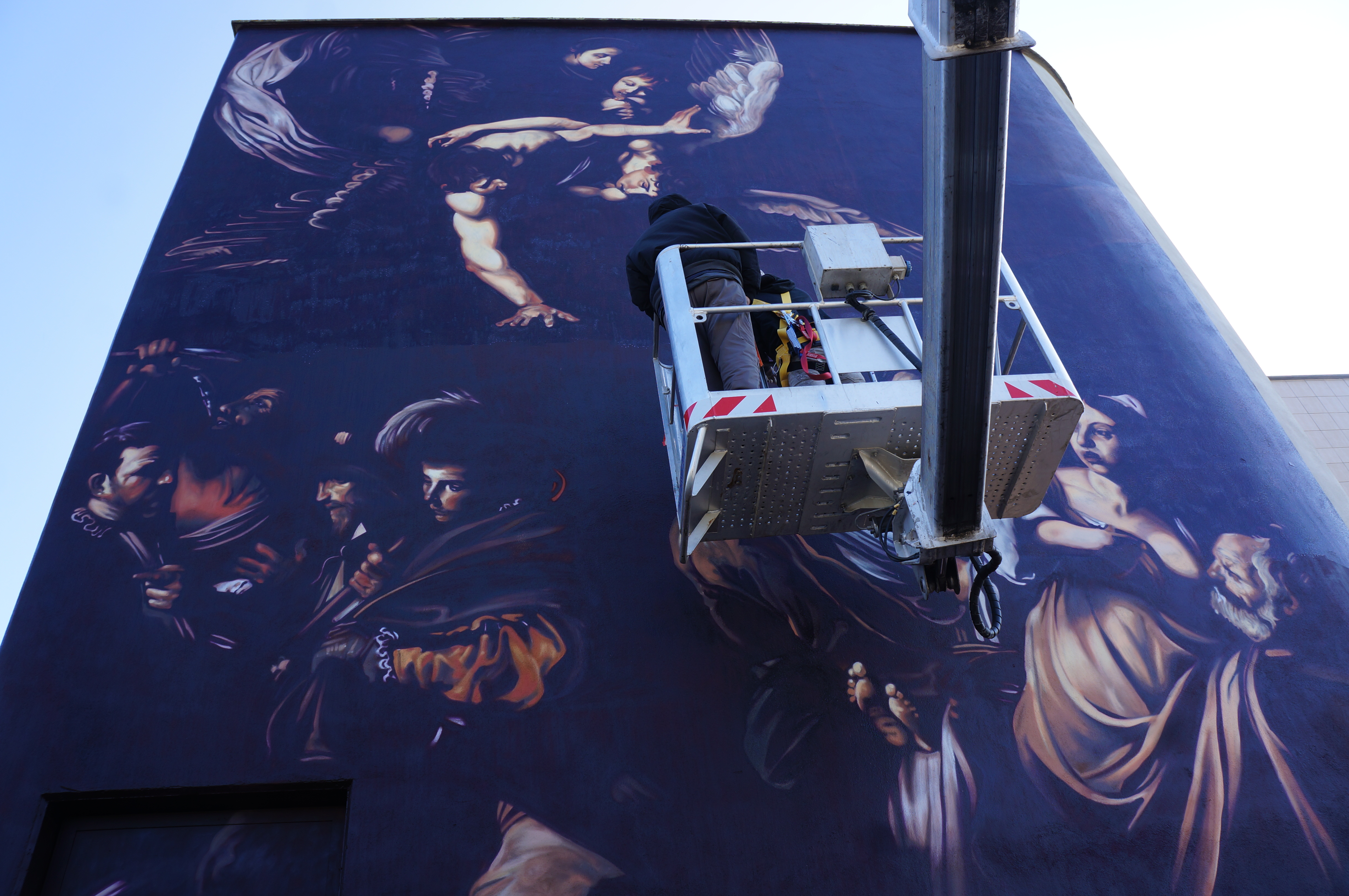 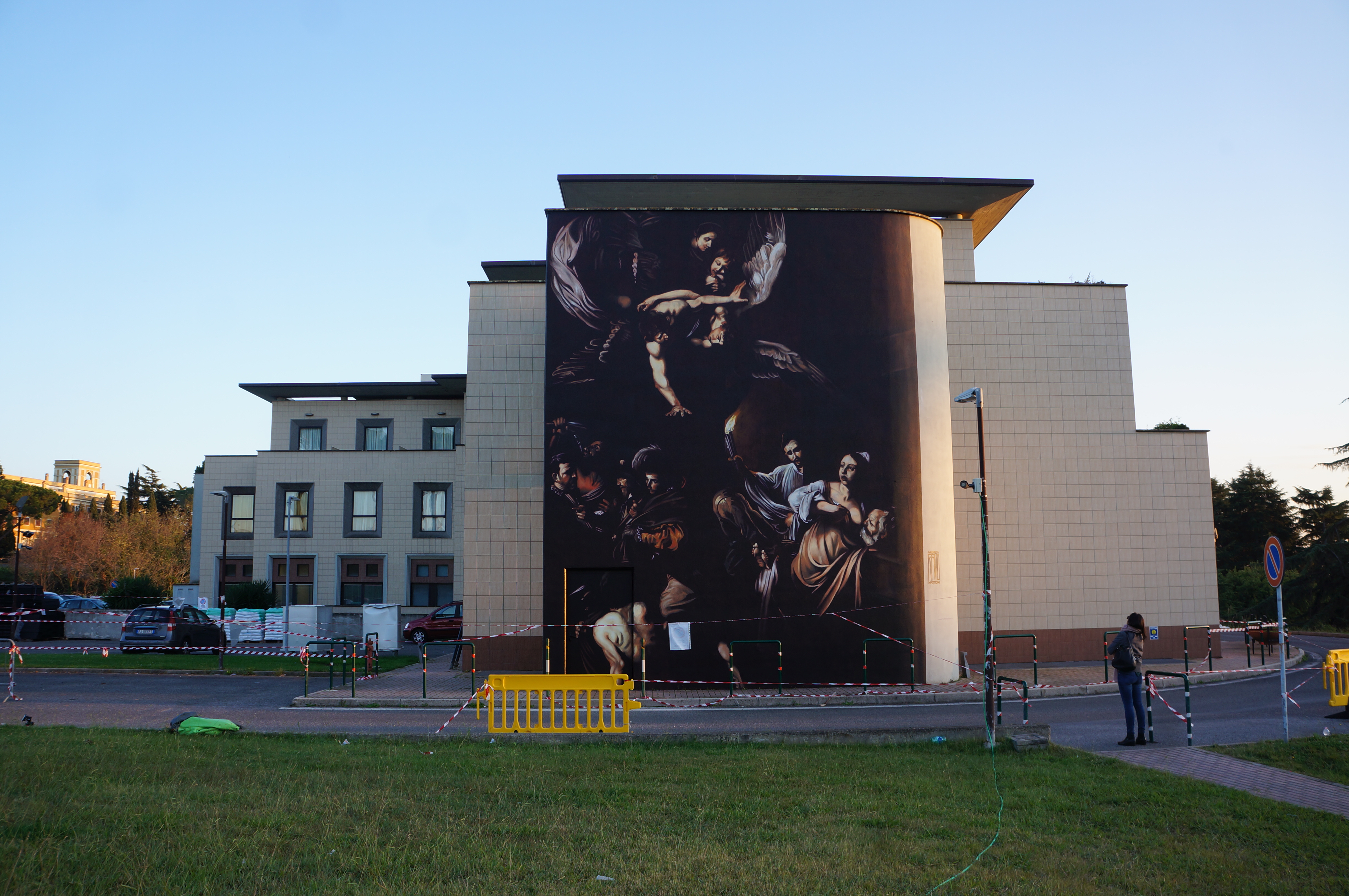 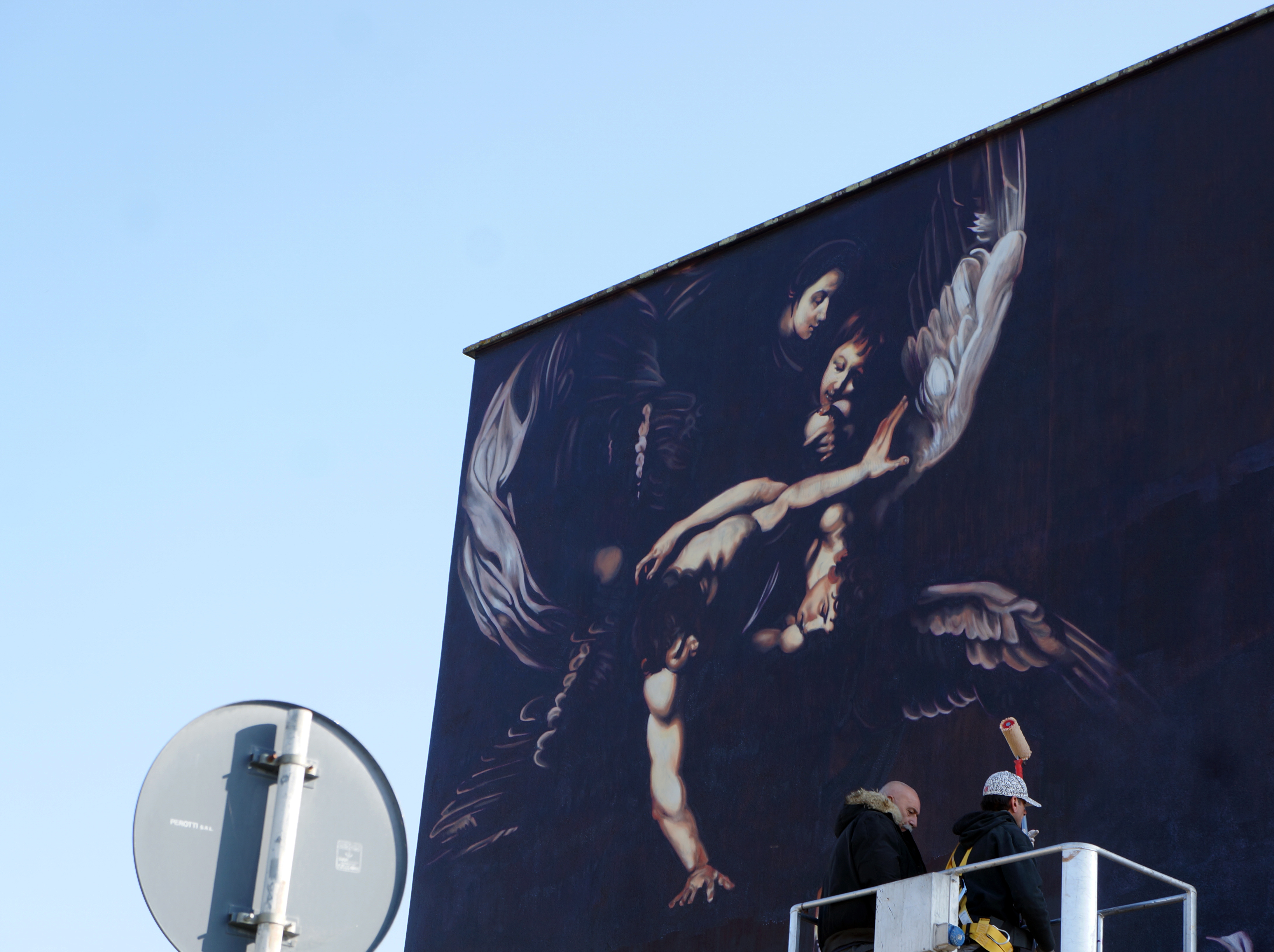 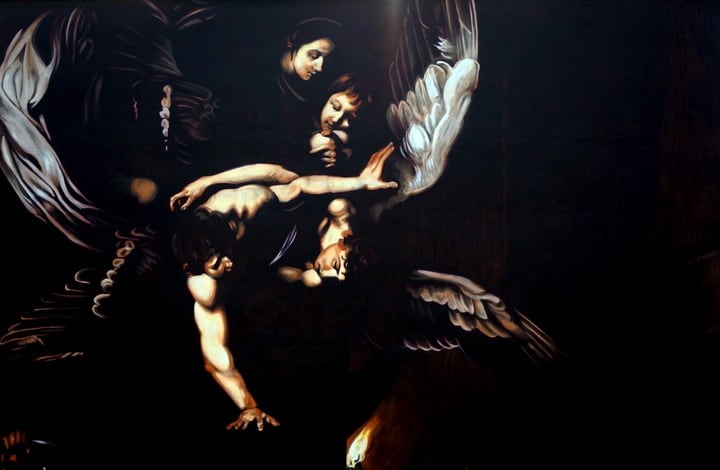 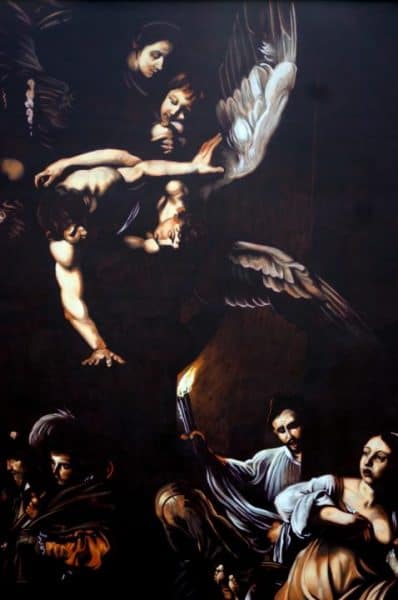 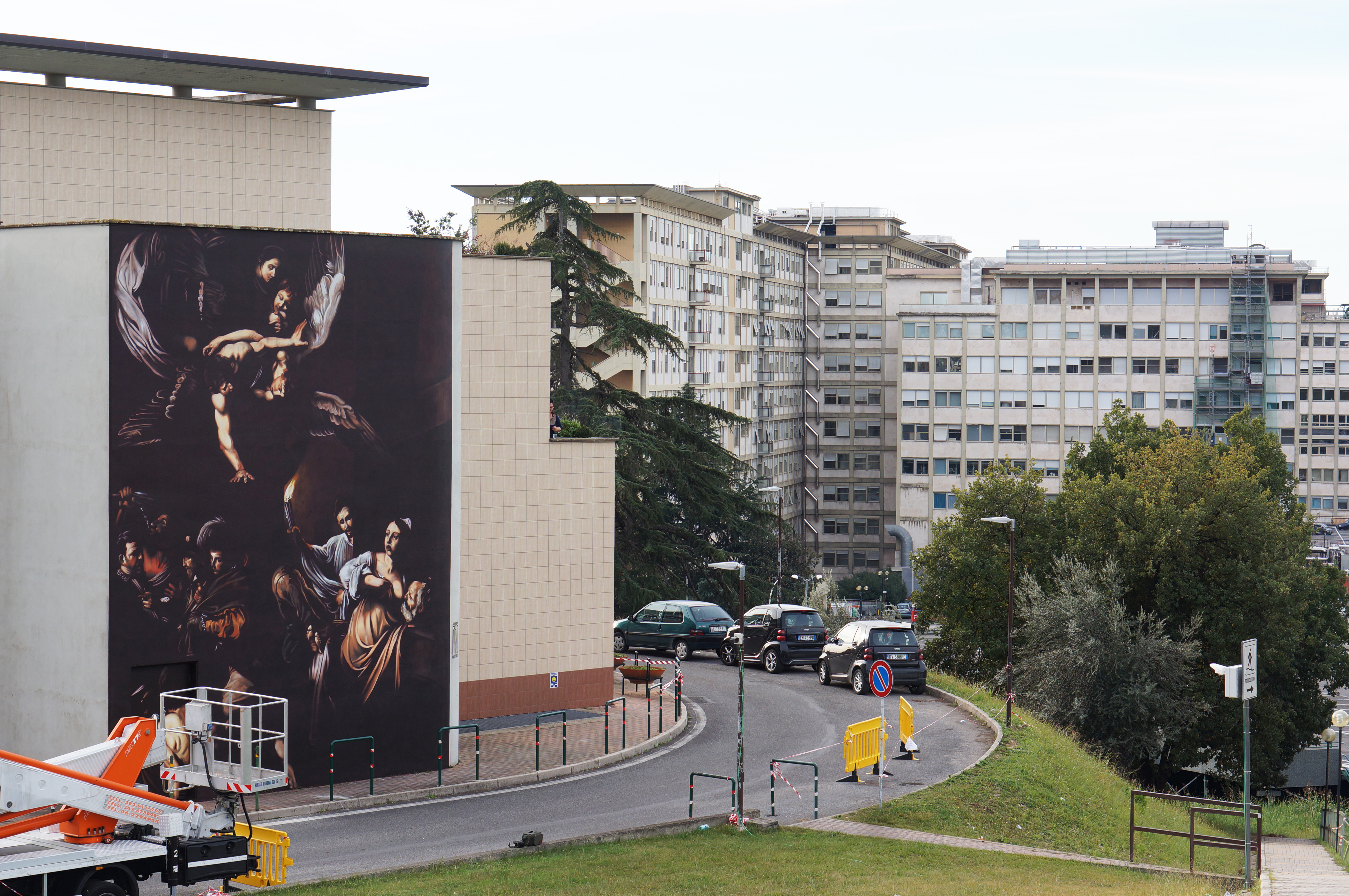 No Thoughts on “The seven works of Mercy” by Caravaggio in Rome, reproduced by Andrea Ravo Mattoni0 (0)