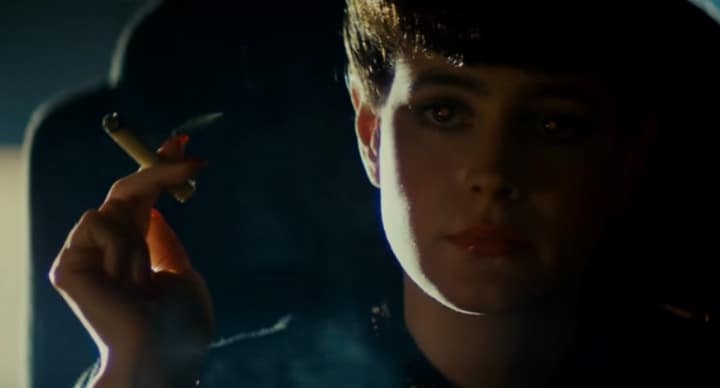 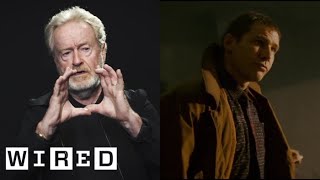 The opening Voight-Kampff test that turns explosive, the flight over the high-rise rooftops and past the tower-side video geisha of 2019 Los Angeles, Roy Batty’s dying monologue on the rainy rooftop, Deckard picking up Gaff’s origami unicorn: like any other movie meriting classic status, Blade Runner less possesses memorable scenes than comprises nothing but memorable scenes. Fans have, of course, argued for their favorites, and if you have one yourself you can now compare your judgment against that of the film’s director Ridley Scott, who talks about which Blade Runner scene he holds in highest esteem in the new video from Wired above.

Scott picks the scene when Deckard, Harrison Ford’s hunter of the artificial human beings known as replicants, visits the offices of the colossal Tyrell Corporation that invented them and interviews an immaculately put-together young lady, almost a vision out of film noir, named Rachael.

But that’s no lady — that’s a replicant, at least according to the Voight-Kampff gear he breaks out and sets up for the procedure. “To Rick Deckard, it’s just a job,” says Scott. “He appears to be oblivious to the beauty and is unimpressed by what he sees. At the end of it, he says, ‘How can it now know what it is?’ He calls her ‘it.’ So obviously she’s a race apart.”

But how to signal that to the audience, showing without telling? Scott speaks of modeling Rachael after Hedy Lamarr, the Austrian-born star from the golden age of Hollywood “who had a severity which was spectacular.” Still working at a time in cinema when “digital doesn’t have a word,” he wanted a way to differentiate replicants from humans by putting an unusual “light in their eyes” (he references the leopard in the beginning of Stanley Kubrick’s 2001: A Space Odyssey). Special effects supervisor Douglas Trumbull (who’d also worked on 2011) came up with a camera-mounted half-mirror that would, just often enough, tilt to make a “golden light” reflect off the retinas of Rachael and the other replicants. Scott’s verdict: “Genius.”

Many of us would say the same about most other aspects of Blade Runner as well. But as with any artistically rich film, nobody, not even the director, has the final say about it. Scott may have an unambiguous attitude about the best part of Blade Runner, but then, he also has an unambiguous answer to the story’s central question of whether not just Rachael but Deckard himself is a replicant. Will Denis Villeneuve’s soon upcoming sequel Blade Runner 2049 honor, ignore, or work around that answer? More to the point, will it, in the fullness of time, contribute as much to our collective memory as did the original? Only one test, of the kind that happens in the movie theater, will reveal that to us.