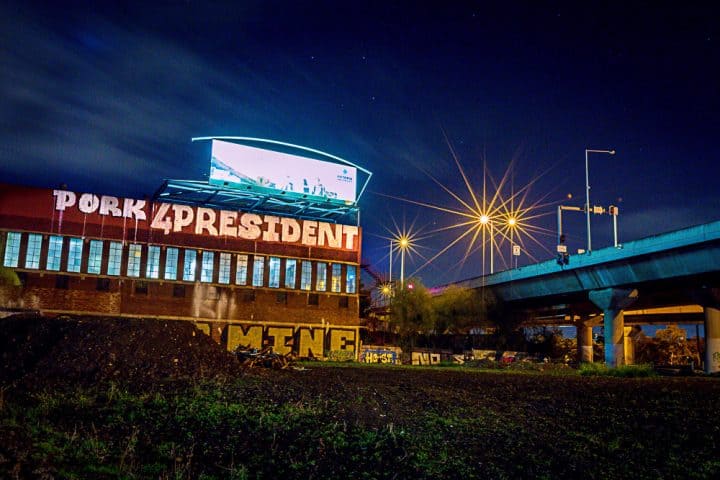 Photographs by Rennie Ellis and p1xels: “Capturing the message – protest, graffiti and art” draws on the comprehensive body of work of documentary photographer Rennie Ellis, who documented life of the 1970s and 80s. Juxtaposing his imagery with p1xels’ contemporary street photography, the exhibition encourages debate about imagery and messaging in the public domain and how we respond to those images. 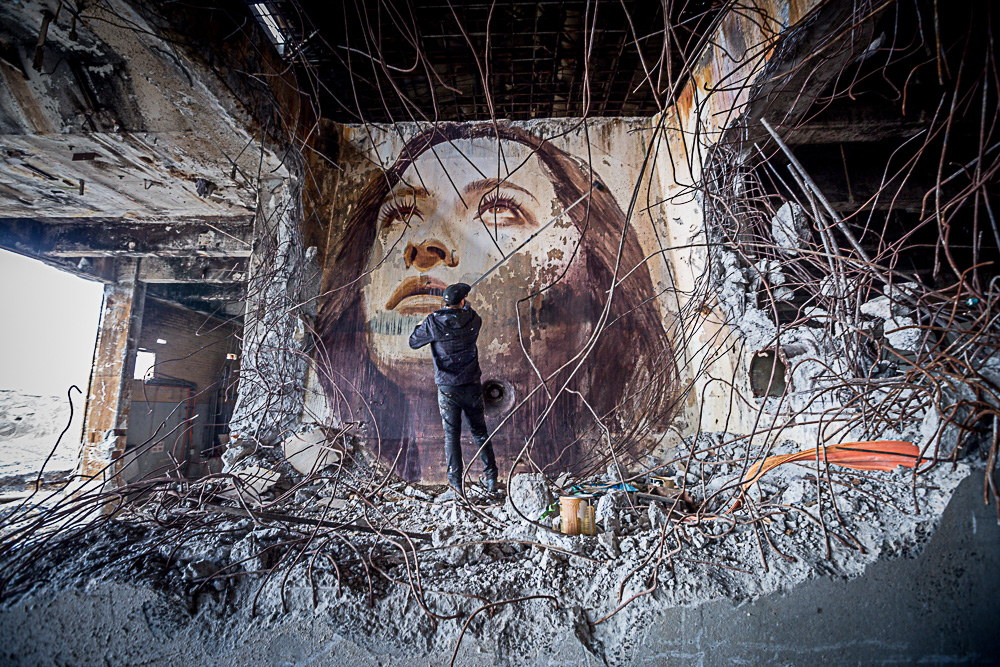 The exhibition showcases the importance of documentary photographers in capturing ephemeral aspects of our urban landscape. Through their lenses, they frame the political, social and cultural discourse in our public spaces and preserve it for future generations. 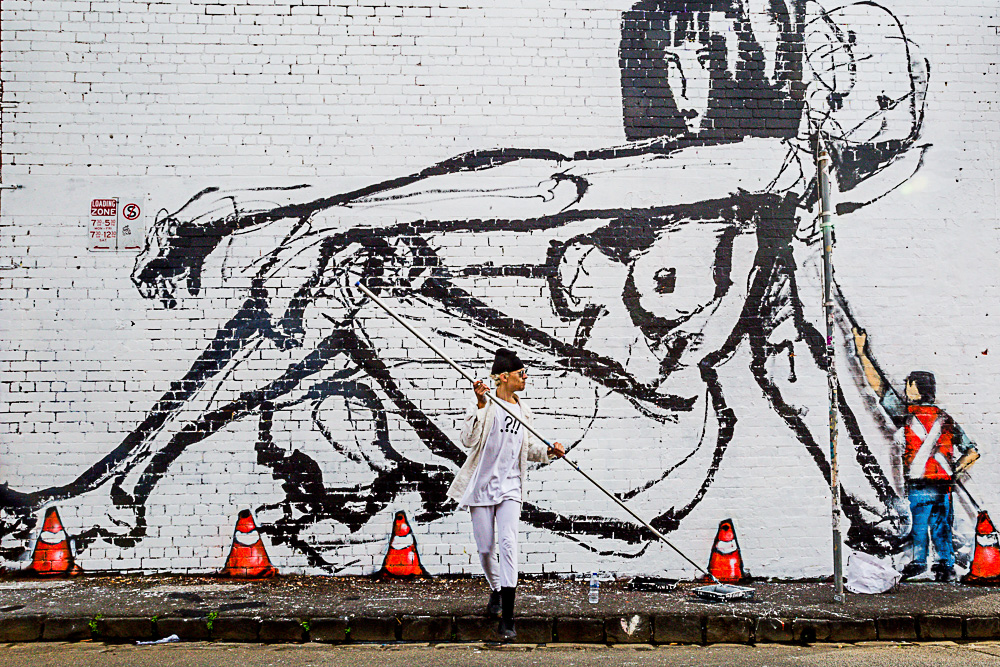 Ellis’ photography captures the word-based graffiti of the 1970s and 80s, which was an effective method for communicating social messages on a large scale before the advent of social media. Ellis’ selected works highlight that some of the concerns that were raised in the later part of the 20th century still resonate today, such as the environment and gender issues. Ellis’ framing of these political statements sits alongside p1xels’ current visual records of Melbourne. 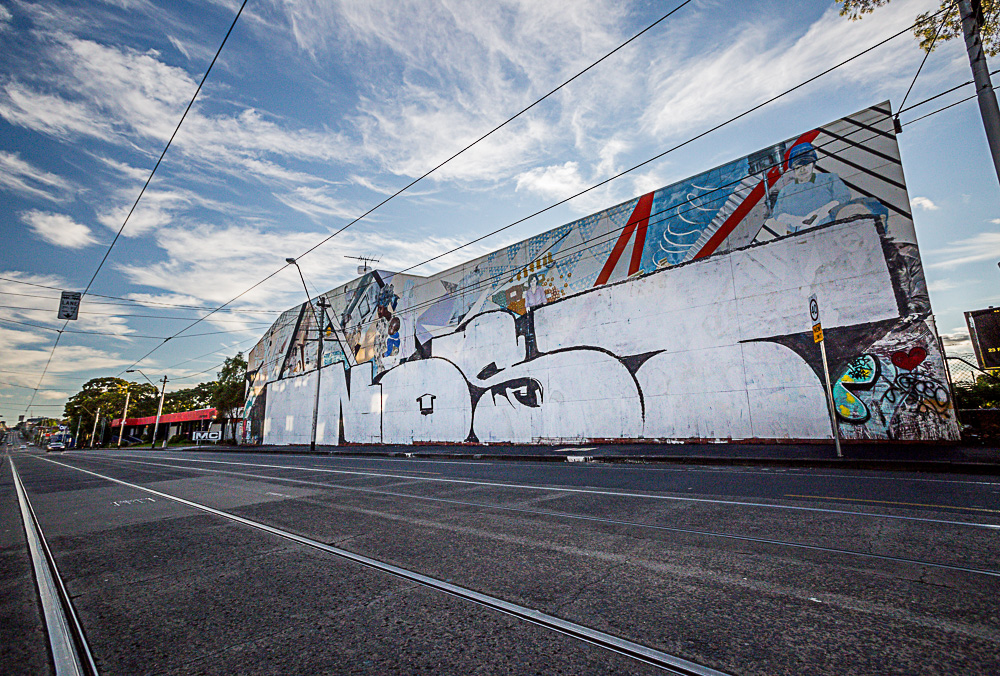 Images captured in recent times by p1xels provide a different insight where messages are still communicated on walls, but may be conveyed in a more subtle form using illustrative imagery in addition to text.  Cam Scale illustrates this in his mural ‘Trying to find a balance’, which examines the use of prescription medication and the link to serious addictions, while a large tiger with a video camera for a head portrays Bailer & Conrad Bizjak’s interpretation of the way the media presents the story of asylum seekers to the Australian public. Similarly, Kaff-eine’s ‘stampede of unicorns’ is a tribute to the young rural LGBTQI+ community. 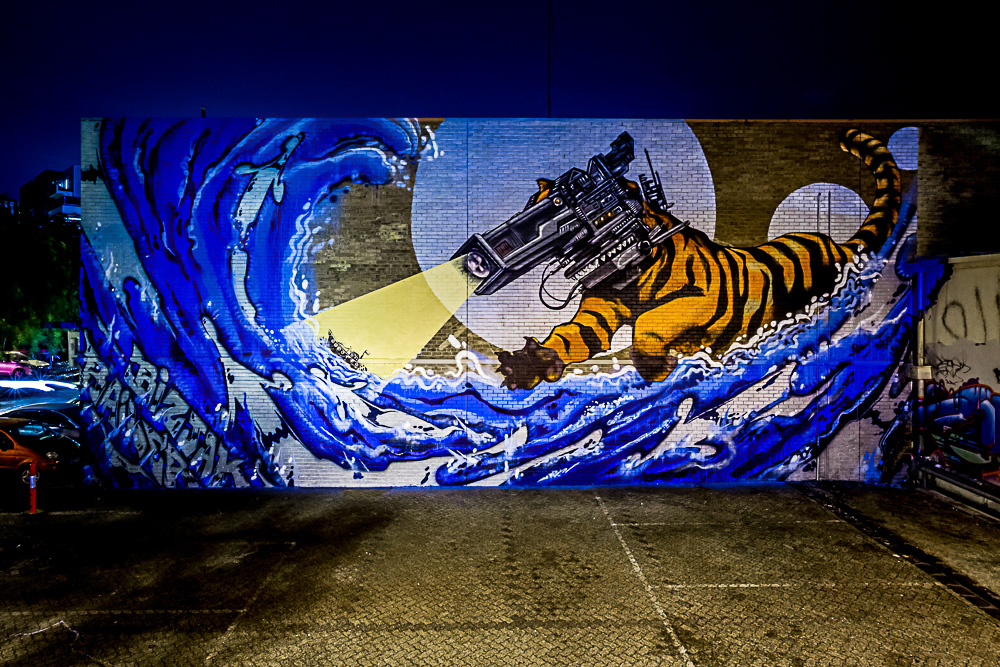 The exhibition investigates the disparate styles of photographing graffiti, from the documentary style of Ellis’ photography to the more dramatic composure of p1xels imagery. 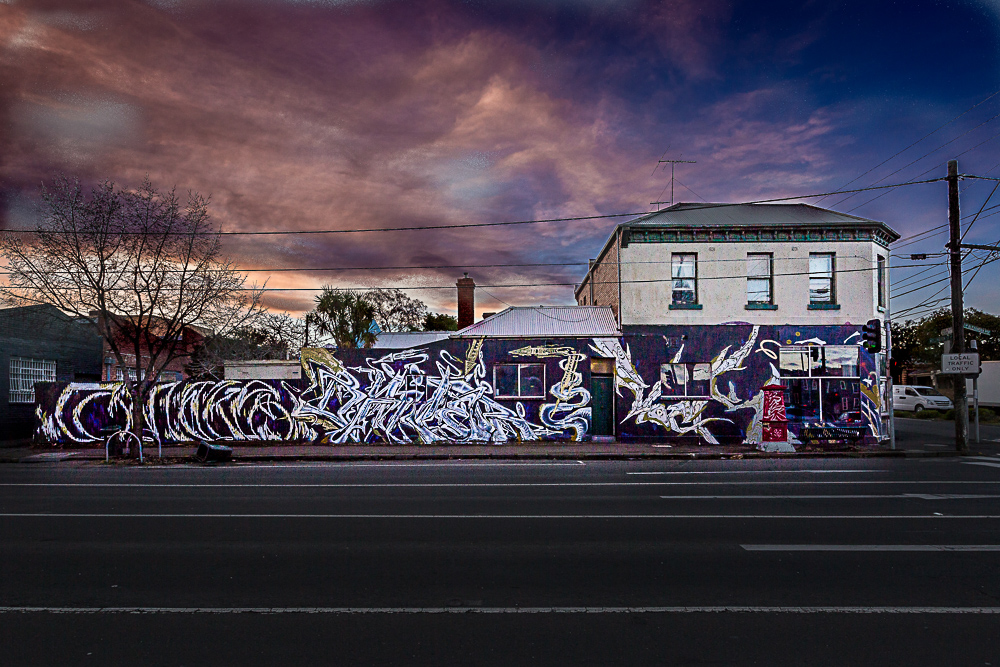 The exhibition is curated by Georgia Rouette and will be officially launched on Thursday 30 November by Fiona Hilary Industry Fellow & Lecturer Master of Arts – Art in Public Space, School of Art – RMIT University 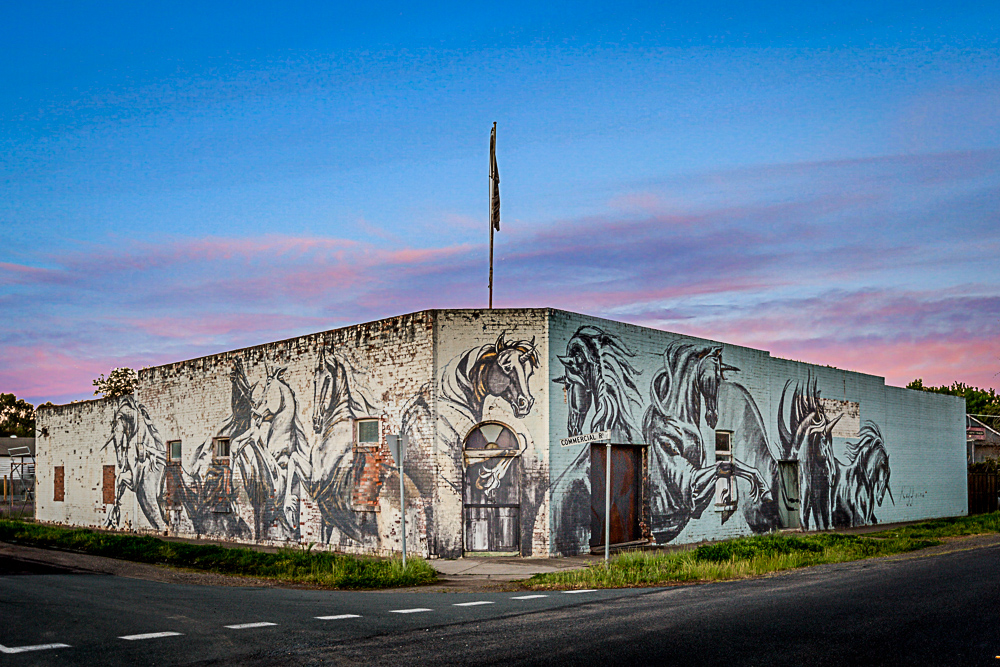 Gallery hours: Monday to Friday 8.30am to 5pm 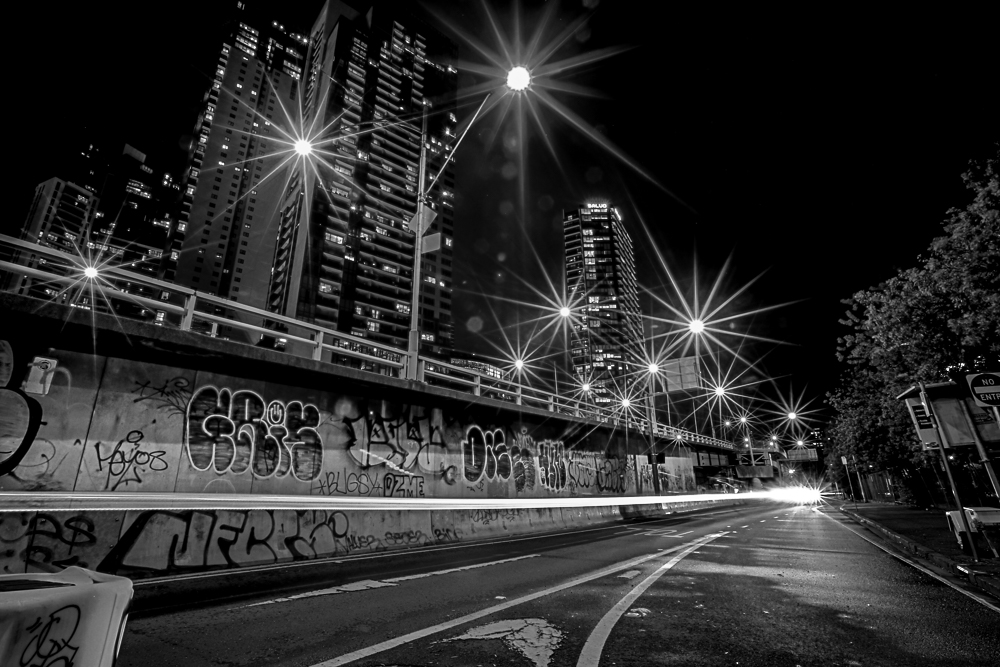