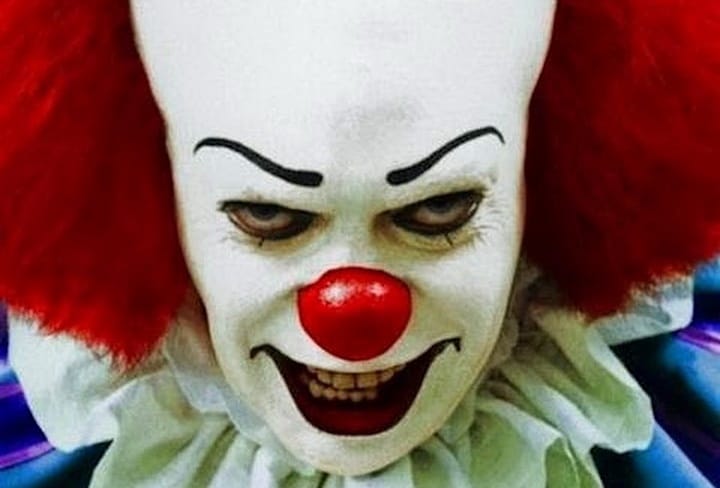 Big Stephen King was on his way home. Last leg of a whirlwind book tour. Seven cities in six days. All for his latest 426-page blockbuster Dead Zone. Now it was back to his wife Tabitha and the kids. Big Stephen King. Six-foot-three. Blue-eyed. Gangly-limbed with his thick square glasses and that goofy smile that can leave you uncertain whether he’s gonna laugh or bite. King sitting in first class on a Delta airline’s plane, just a hop and skip back to his hometown of Bangor, Maine. The tour had been a blast. Signing books (“Hope you enjoy this book as much as I did writing it!”), palm-pressing (“I’m your number one fan”), and talking about where he got his ideas (“Everywhere”).

King was tired (disconnected) like he’d been bludgeoned with pillows filled with some kind of low-grade knockout gas. Flump! Headful of cotton. King buckled up. The stewardess mimed her safety routine, smiled, counted heads, checked seatbelts and made sure tray tables were upright and folded away. The plane was on the runway. Taxiing for take-off. And that’s were it started to go wrong. The plane slowed down. Came to rest. Instead of taking off this big metal behemoth nosed around and headed back to the apron.

(“Oh, geez, we’ve got some kind of motor problem; this is just what I need.”)

But it wasn’t the engines, it was just a late boarder. Must be someone mighty important if they’re going to all this trouble. It was Ronald McDonald. Ronald slumped down into the aisle seat next to King. (“Knew it.”) Ronald looked shabby. Smelled like day-old sweat, cigarettes, and cheap aftershave. He called the stewardess over and ordered a gin-and-tonic. It’s ten o’clock in the morning. The drink arrives with its little paper coaster. Ronald knocked it back. Then turned to King and said:

“I hate these whistle-stop tours. I just hate this. I almost missed this plane.”

The plane takes off. King’s going “Uh-huh, uh-huh, yeah, right” to whatever the hell Ronald is saying. The no-smoking light blinks off and Ronald, swilling his G & T with its ice cubes chinking, popped opened a pack of cancer sticks. He lights up and started breathing in a Kent. King was getting antsy. “What the f*** do you say to a clown?” Eventually, he asked:

“So, where did you come from?”

Ronald looked the great writer up-and-down considering if this was a question worthy of a full sentence or just a one-word answer.

McDonaldland. But of course. People always ask writers where do you get your ideas from? Sometimes they come fully-formed. Sometimes they come a-knocking at the door. Sometimes they come at the end of a question like what if? But sometimes they get on a plane and sit down next to you ‘cause you’re a weirdness magnet. That character King met on a plane later didshow up in a book he wrote. This alcoholic Ronald McDonald became Pennywise the Clown in the massive tome of brilliance and invention IT! King later described this encounter at the ABA Sunday Book & Author Breakfast, which was dutifully reported George Beahm’s biography The Stephen King Story.

But it wasn’t just meeting a clown that inspired King. He wanted to write a long book with every kind of monster in it:

“I figured if people think I’m a horror writer — I never considered myself to be that myself, I’m just a writer-writer — I thought to myself, ‘I’ll get all of the monsters together as I possibly can; I’ll get the Vampire, I’ll get the Werewolf, and I’ll even get the Mummy.’ The Mummy has never really scared me because it’s like the Mummy is after us, let’s all walk. It’s not a terribly scary monster, but he had to be there because he’s one of the classics. But then I thought to myself, ‘There ought to be one binding, horrible, nasty, gross, creature kind of thing that you don’t want to see, it makes you scream just to see it.’ So I thought to myself, ‘What scares children more than anything else in the world?’ And the answer was ‘clowns’.

“So, I created Pennywise the Clown,” he adds. “Then, what happened was, ABC came along and said they wanted to make a mini-series out of it and wanted to cast Tim Curry as Pennywise. I thought it was a strange idea but it really worked and it scared a whole generation of young people and made them scared of clowns, but clowns are scary for children to start with.”

King got hipped to tales of terror and imagination by listening to a radio production of Ray Bradbury’s Mars is Heaven! when he was six. It conjured pictures in his head that made King sleep with the bedroom door open and a light on. Then his mother read him stories like Robert Louis Stevenson’s The Strange Case of Dr. Jekyll and Mr. Hyde with its horrific image of the brutish Hyde tramping back-and-forth on a little girl till her bones cracked and popped. And seeing movies at the local cinema (The Creature from the Black Lagoon, Earth vs. The Flying Saucers). The possibility that King could do something with all this experience came together when King found his father’s copy of H. P. Lovecraft’s The Lurking Fear and Other Stories hidden away up in the dusty old attic. Now mix all these together with a heart full of goodness and the essential ingredient of one helluva talent, and you’ll get yourself some idea of the utter staggering genius of Stephen King.

Boys and girls come out to play: The strange, surreal, and phantasmagorical world of Jaco Putker0 (0)

No Thoughts on When Stephen King met Pennywise the Clown0 (0)