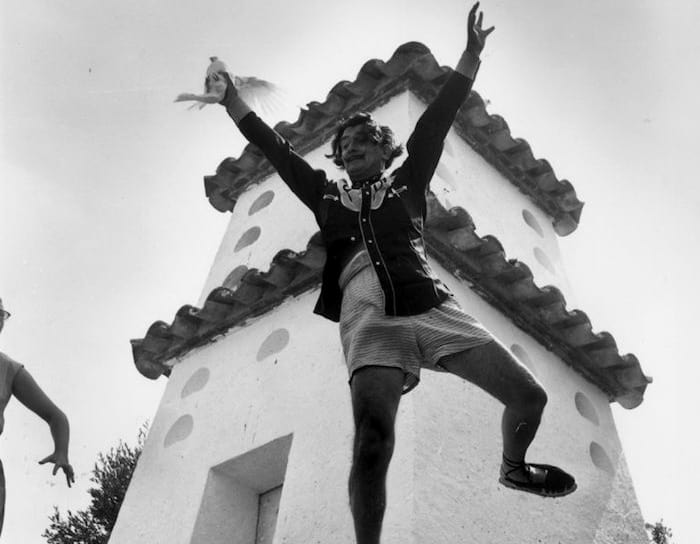 At home with Salvador Dali

Salvador Dali once appeared as the mystery guest on a long-time-ago TV show called What’s My Line? in the 1950s. You know the show, the one that featured a panel of well-known celebrities guessing the occupations of various members of the public by asking them a series of yes/no questions like “Do you work with your hands?” or “Do you tell jokes for a living?” and so on, until the occupation was revealed.

Every week, the show also featured a mystery guest. The same yes/no rules applied but this time the panel wore a selection of dainty blindfolds to make it more fun.

When Dali appeared he insisted on answering “Yes” to nearly every question he was asked, like “Are you a performer?” “Yes.” “Are you a leading man?” “Yes.” (The show’s host John Daly disagreed with that one and marked it as a “No.”) “Are you a writer?” “Yes.” “Do you draw comic books?” “Yes.” (Again, Daly struggled to agree with this answer but Dali was having none of it.)

I am sure if one the panel had asked, “Do you paint pictures on rockfaces while juggling elephants with your knees and wearing sea otters on your hands?” Dali would have said “Yes.”

But the thing is, despite the anchor’s wearying cavils, Dali was absolutely right—he could do everything because he never lived within other people’s expectations. He was boss of what he did and how he did it and this is why he could do anything.

Though I guess I should add the caveat that there was one thing the great artist could not do—Salvador Dali could never be boring. A bit repetitive yes, but never boring.

Take for example, a simple project like that time Picture Post magazine sent over photographer Charles Hewitt to take some snaps of Dali and his wife Gala, at their home in Portlligat, Spain. The resulting pictures were imaginative works of art worthy of inclusion in the Dalit’s ouevre. The finished spread was published in Picture Post on January 8th, 1955, and it’s still utterly impressive. Gala Dali getting some rays. An Uncanny, Carnivalesque Exhibition that Tricks and Tantalizes