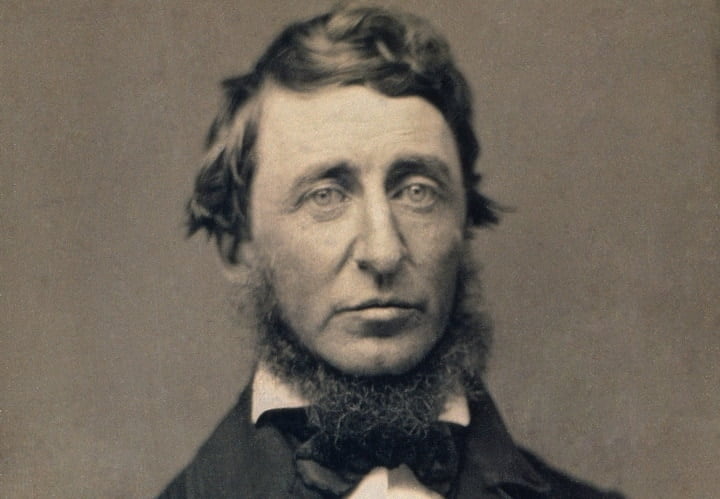 “Do not seek expressions, seek thoughts to be expressed.”

A century before Einstein bequeathed his famous dictum that “imagination is more important than knowledge” and Richard Feynman delivered his iconic flower-monologue about knowledge and mystery, not a scientist but a Transcendentalist philosopher-poet, Henry David Thoreau (July 12, 1817–May 6, 1862), examined the relationship between scientific knowledge and the imagination in a diary entry found in The Journal of Henry David Thoreau, 1837–1861 (public library) — that timeless trove of wisdom on the myth of productivity, the greatest gift of growing old, the sacredness of public libraries, the creative benefits of keeping a diary, and the only worthwhile definition of success.

In December of 1851 — only half a century after an amateur scientist classified the clouds with Goethe’s help — thirty-four-year-old Thoreau writes:

I witness a beauty in the form or coloring of the clouds which addresses itself to my imagination, for which you account scientifically to my understanding, but do not so account to my imagination. It is what it suggests and is the symbol of that I care for, and if, by any trick of science, you rob it of its symbolicalness, you do me no service and explain nothing. I, standing twenty miles off, see a crimson cloud in the horizon. You tell me it is a mass of vapor which absorbs all other rays and reflects the red, but that is nothing to the purpose, for this red vision excites me, stirs my blood, makes my thoughts flow, and I have new and indescribable fancies, and you have not touched the secret of that influence. If there is not something mystical in your explanation, something unexplainable to the understanding, some elements of mystery, it is quite insufficient. If there is nothing in it which speaks to my imagination, what boots it? What sort of science is that which enriches the understanding, but robs the imagination? … That is simply the way in which it speaks to the understanding, and that is the account which the understanding gives of it; but that is not the way it speaks to the imagination, and that is not the account which the imagination gives of it. Just as inadequate to a pure mechanic would be a poet’s account of a steam-engine.

If we knew all things thus mechanically merely, should we know anything really?

A decade later, Thoreau would revisit these questions in his ardent case for “the diffusion of useful ignorance,” but now he turns them toward his own art: writing. Nearly a century and a half before Polish poet Wisława Szymborska asserted in her spectacular Nobel Prize acceptance speech that “whatever inspiration is, it’s born from a continuous ‘I don’t know,’” Thoreau considers the vital role of not-knowing in the creative process of the writer:

It would be a truer discipline for the writer to take the least film of thought that floats in the twilight sky of his mind for his theme, about which he has scarcely one idea (that would be teaching his ideas how to shoot), faintest intimations, shadowiest subjects, make a lecture on this, by assiduity and attention get perchance two views of the same, increase a little the stock of knowledge, clear a new field instead of manuring the old; instead of making a lecture out of such obvious truths, hackneyed to the minds of all thinkers. We seek too soon to ally the perceptions of the mind to the experience of the hand, to prove our gossamer truths practical, to show their connection with our every-day life (better show their distance from our every-day life), to relate them to the cider-mill and the banking institution. Ah, give me pure mind, pure thought! Let me not be in haste to detect the universal law; let me see more clearly a particular instance of it! … Dissolve one nebula, and so destroy the nebular system and hypothesis. Do not seek expressions, seek thoughts to be expressed. By perseverance you get two views of the same rare truth.

Complement this particular portion of the abidingly insightful Journal of Henry David Thoreau with trailblazing environmental scientist Rachel Carson on writing about science with a sense of wonder and biochemist Erwin Chargaff on the poetics of curiosity and the crucial difference between understanding and explanation, then revisit Thoreau on the difference between an artisan, an artist, and a genius and how to use civil disobedience to advance justice.