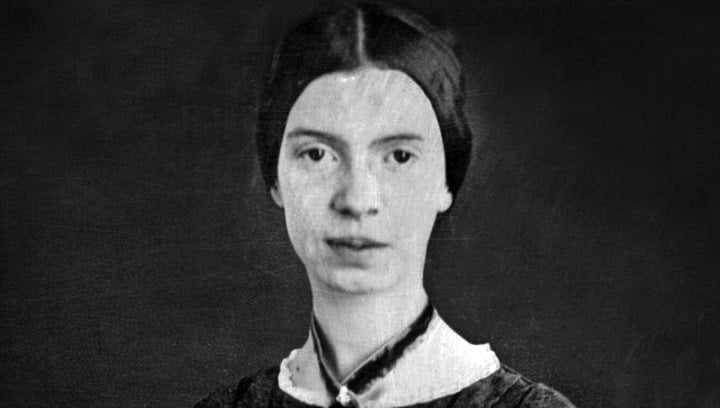 The Drift Called the Infinite: Emily Dickinson on Making Sense of Loss0 (0)

Reflections on silence and eternity from the poet laureate of death.

“The people we most love do become a physical part of us, ingrained in our synapses, in the pathways where memories are created,” poet Meghan O’Rourke wrote in her stirring memoir of losing her mother. More than a century earlier, another poet with a rare gift for philosophical prose reflected on mortality in the wake of her own mother’s death.

Emily Dickinson (December 10, 1830–May 15, 1886) was about to turn fifty-two when her mother, after whom she was named, died. A stroke had left her paralyzed and almost entirely disabled eight years earlier. Despite her lifelong infirm health, her disinterest in the life of the mind, and the surges of unhappiness in the Dickinson home, Emily Norcross Dickinson had been attentive and affectionate to her daughter, igniting the poet’s little-known but ardent passion for botany and prompting her to write that “home is a holy thing.”

Although a contemplation of mortality haunts nearly all of Dickinson’s 1775 surviving poems in varying degrees of directness, her mother’s death forced a confrontation with mortality of a wholly different order — loss as an acute immediacy rather than a symbolic and speculative abstraction.

In a letter to her cousins penned shortly after her mother’s death in November of 1882 and found in The Letters of Emily Dickinson (public library), the poet writes:

Mother’s dying almost stunned my spirit… She slipped from our fingers like a flake gathered by the wind, and is now part of the drift called “the infinite.”

We don’t know where she is, though so many tell us.

Even as a child, Emily had come to doubt the immortality so resolutely promised by the Calvinist dogma of her elders. “Sermons on unbelief ever did attract me,” she wrote in her twenties to Susan Gilbert — her first great love and lifelong closest friend. Dickinson went on to reject the prescriptive traditional religion of her era, never joined a church, and adopted a view of spirituality kindred to astronomer Maria Mitchell’s. It is with this mindset that she adds in the letter to her cousins:

I believe we shall in some manner be cherished by our Maker — that the One who gave us this remarkable earth has the power still farther to surprise that which He has caused. Beyond that all is silence…

Writing less than four years before her own untimely death, she ends the letter with these words:

I cannot tell how Eternity seems. It sweeps around me like a sea… Thank you for remembering me. Remembrance — mighty word.

In another letter from the following spring, penned after receiving news of a friend’s death, Dickinson stills her swirling sorrow the best way she knew how — in a poem:

Each that we lose takes part of us;
A crescent still abides,
Which like the moon, some turbid night,
Is summoned by the tides.

She adds a sobering reflection on the shock each of us experiences the first time we lose a loved one:

Till the first friend dies, we think ecstasy impersonal, but then discover that he was the cup from which we drank it, itself as yet unknown.

Director Michel Gondry Makes a Charming Film on His iPhone, Proving That We Could Be Making Movies, Not Taking Selfies0 (0)

No Thoughts on The Drift Called the Infinite: Emily Dickinson on Making Sense of Loss0 (0)