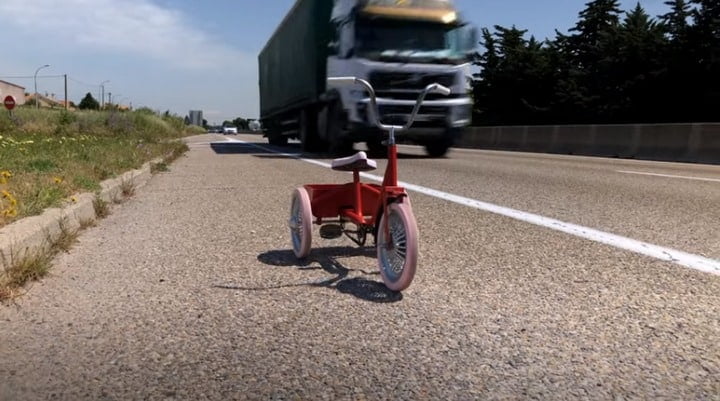 Director Michel Gondry Makes a Charming Film on His iPhone, Proving That We Could Be Making Movies, Not Taking Selfies

Detour – The adventures of a small tricycle

What’s director Michel Gondry up to these days? Apparently, trying to show that you can do smart things–like make serious movies–with that smartphone in your pocket. The director of Eternal Sunshine of the Spotless Mind and the Noam Chomsky animated documentary Is the Man Who Is Tall Happy? has just released “Détour,” a short film shot purely on his iPhone 7 Plus. Subtitled in English, “Détour” runs about 12 minutes and follows “the adventures of a small tricycle as it sets off along French roads in search of its young owner.” Watch it, then ask yourself, was this really not made with a traditional camera? And then ask yourself, what’s my excuse for not getting out there and making movies?

According to Europe 1, the film took about two weeks to make, during which Gondry used the video software Filmic Pro, which costs $14.99 in Apple’s app store.

The Drift Called the Infinite: Emily Dickinson on Making Sense of Loss