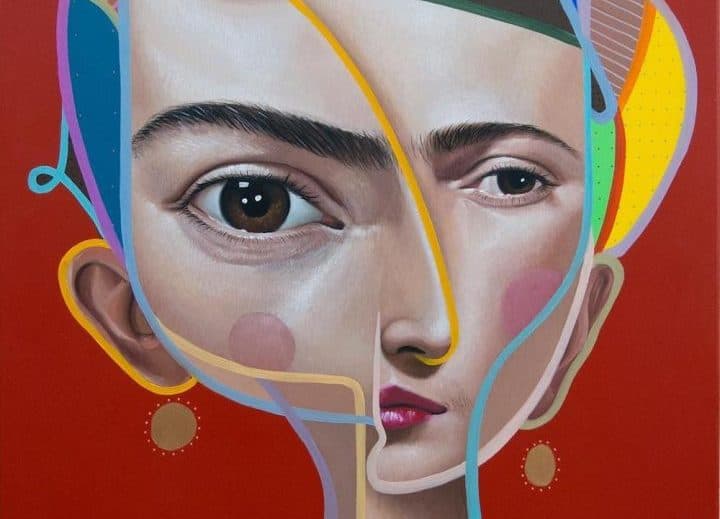 Spanish artist Miguel Ángel Belinchón or “Belin” (previously) has long practiced photorealistic murals. It was in 2016 however, that his work began to mutate with the adoption of a cubist style, elongating his subjects’ necks and segmenting their faces in ways that would make Picasso himself proud. Despite the distorted facial features, many of his new works feature recognizable subjects. Belin’s paintings honor some of his great inspirations, displaying the likenesses of painters such as Frida Kahlo, Keith Haring, and Dali, alongside famous subjects such as the Mona Lisa.

Belin’s current solo exhibition is named after his self-created style, Post Neo Cubism, which can be seen at Paris-based 24 Beaubourg through June 25, 2017. You can see more of Belin’s stylistic mash-ups on his website and Instagram. (via Juxtapoz and Arrested Motion)