Hear 2,000 Recordings of the Most Essential Jazz Songs: A Huge Playlist for Your Jazz Education0 (0) 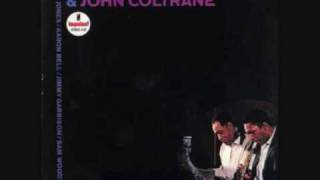 If you were to ask me “What is jazz?” I wouldn’t presume to know the answer, and I’m not sure any single composition exists to which one could point to as an ideal type. Maybe the only thing I’m certain of when it comes to jazz is—to quote Wallace Stevens—“it must change.”

Of course, there’s an incredibly rich history of jazz, broadly known, especially to those who have seen Ken Burns’ expansive documentary. I’d also recommend the excellent jazz writing of Amiri Baraka, Stanley Crouch, or Philip Larkin. For the young, we might consult Langston Hughes’ illustrated jazz history. And maybe everyone should read Charles Mingus’ Grammy-nominated essay “What is a Jazz Composer?” in which the contrarian genius writes, “each jazz musician is supposed to be a composer. Whether he is or not, I don’t know.”

Mingus the iconoclast argued for tearing up the text even as he sought a classical pedigree for jazz. His wish was partly granted by the influence of jazz on composers like Leonard Bernstein, who sought to answer the question “What is Jazz?” in a 1956 spoken-word LP. The tension between jazz as a compositional or wholly improvisational art seems to resound throughout the form, in all of its many guises and variations. But one thing I think every jazz musician knows is this: Standards, a common compendium of songs in the tradition.

You’ve got to know the rulebook (or the fakebook, at the least), before you can throw it out the window. Even some of the most innovative jazz artists who more or less invented their own scales, modes, and harmonies—like Cecil Taylor and Ornette Coleman—either studied at conservatory or paid their dues as sidemen playing other people’s songs. Jazz—Coleman once told Jacques Derrida—is “a conversation with sounds.” Its underlying grammar comes from the Standards.

Until fairly recently, the only way one could get a proper education in the standards was on the job. Critic, jazz historian, and pianist Ted Gioia writes as much in his comprehensive 2012 reference, The Jazz Standards: A Guide to the Repertoire. Confessing himself an autodidact whose “education in this music was happenstance and hard earned,” Gioia writes. “Aspiring musicians today can hardly imagine how opaque the art form was just a few decades ago—no school I attended had a jazz program or even offered a single course on jazz.”

How times have changed. These days, if you can get in, you can take graduate-level classes taught by the greats, such as Herbie Hancock and Wayne Shorter at UCLA. Hundreds more less-famous jazz musician professors stand at the ready in music departments worldwide or at the renowned Berklee College of Music.

But for those autodidacts out there, Gioia—who has served on the faculty at Stanford University and been called “one of the outstanding music historians in America”—offers an exceptional guide to the Standards, one we can not only read, but also, thanks to Jim Higgins of the Journal Sentinel, listen to, in the Spotify playlist above. (If you need Spotify’s free software, download it here.) In a companion essay, Higgins describes the process of compiling “as many of the performances [Gioia] recommended” in his commentary on 250 jazz standards.

Gioia names over 2,000 different performances of those 250 standards, and the playlist contains nearly all of them. You’ll find, for example, “several different recordings of ‘In a Sentimental Mood’ by the composer (including one with John Coltrane), as well as versions by Sonny Rollins, Art Tatum, McCoy Tyner, Abdullah Ibrahim and Buddy Tate, and Chris Potter.” While the playlist is “not a complete reflection of Gioia’s recommendations,” given that certain artists’ work cannot be streamed, “there’s a lot of music here”—a whole lot—“spanning a century.”

The experience of listening to this incredible library will not be complete without some context. Gioia’s book contains a “short historical and musical essay” on each of the 250 songs and he isn’t shy about offering incisive critical commentary. Other than going to music school or joining a touring band, I can’t think of a better way to learn the Standards.

No Thoughts on Hear 2,000 Recordings of the Most Essential Jazz Songs: A Huge Playlist for Your Jazz Education0 (0)