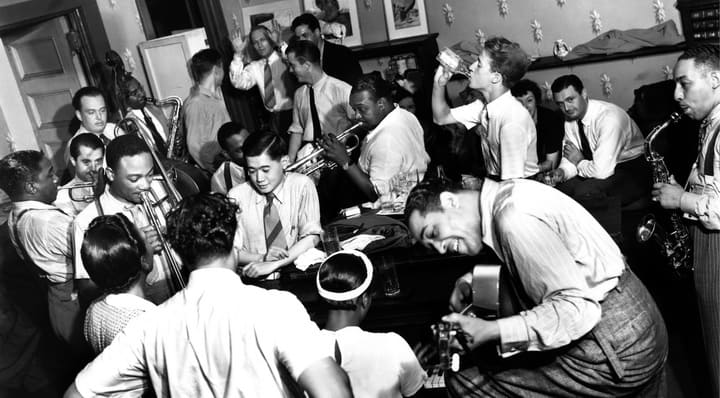 Cab Calloway’s Hepster’s Dictionary (1938) is an introduction to the slang of musicians working in New York’s Harlem. As lexicographer Jonathan Green notes, slang is a “counter-language” used primarily by the poor.

The dictionary did its bit to promote equality in a society where being black was not advantageous. Jive was a language rooted in slavery, when the need to fog and own your words lest the master understand you was paramount. With Cab Calloway’s Hepster’s Dictionary that language became about understanding and belonging.

Cab Calloway’s Hepster’s Dictionary holds the honour of being the first dictionary penned by an African-American. The book became the official reference book of jive slang in the New York Public Library. With this pioneering dictionary, anyone could get ‘hep to the jive’. The book was a hit. It was published in several editions up to 1944. In Sensations of 1945 the book was hymned: 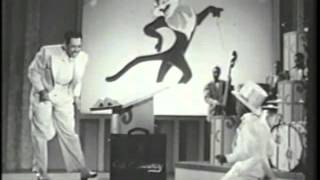 Calloway writes in the Foreword:

Some six years ago I compiled the first glossary of words, expressions, and the general patois employed by musicians and entertainers in New York’s teeming Harlem. That the general public agreed with me is amply evidenced by the fact that the present issue is the sixth edition since 1938 and is the official jive language reference book of the New York Public Library.

“Jive talk” is now an everyday part of the English language. Its usage is now accepted in the movies, on the stage, and in the song products of Tin Pan Alley. It is reasonable to assume that jive will find new avenues in such hitherto remote places as Australia, the South Pacific, North Africa, China, Italy, France, Sicily, and inevitably Germany and wherever our Armed Forces may serve.

I don’t want to lend the impression here that the many words contained in this edition are the figments of my imagination. They were gathered from every conceivable source. Many first saw the light of printer’s ink in Billy Rowe’s widely read column “The Notebook,” in the Pittsburgh Courier.

To the many persons who have contributed to this and the other editions, this volume is respectfully and gratefully dedicated.