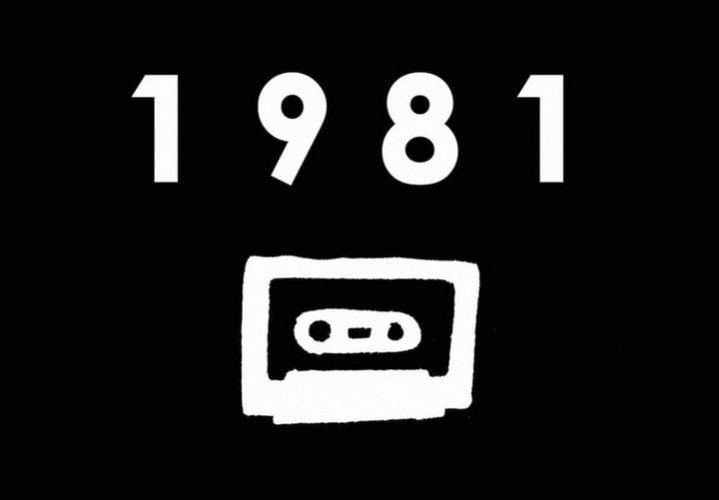 For many years now, the Musicophilia blog has been a source of tightly themed mixes showcasing the best of various genres, most notably postpunk, that are mind-bogglingly awesome. The mix for which the proprietor, named Ian Manire, is best known is almost certainly his gargantuan tribute to 1981, in which the music of that year was eventually broken up into nine distinct sub-mixes, those being “Feet,” “Convertible,” “Brain,” “Heart,” “Cassette,” “Computer,” “Fire,” “Amplifier,” and “Ice.”

The easiest way to describe these mixes is that they were all but designed for the Dangerous Minds readership specifically. Sample names from the set include the Cramps, Flipper, Bad Brains, Klaus Nomi, the Birthday Party, Kraftwerk, Magazine, the Ramones, Siouxsie & the Banshees, the Pretenders, Gang of Four, PiL, New Order, Talking Heads, Depeche Mode, Grace Jones, and Echo & the Bunnymen. If these acts all seem a little bit too “been there before” for you, not to worry: the mixes also have ample room for the likes of the Comsat Angels, the Durutti Column, Lizzy Mercier Descloux, Bush Tetras, Cybotron, Crash Course in Science, and the Embarrassment.

The ‘1981’ mixes started out as a physical object, “a 10-disc, 9-mix physical box set that I shipped to whoever wanted it (for the cost of shipping), put together and refined from 2004-2005 as a way of exploring a several-years-gestating obsession with post punk, which, it seemed to me, had reached its maximum depth, breadth and fecundity in the eponymous year.” Eager listeners also received an amazing addendum, a “massive spill-over mp3-CD” known simply as “Briefcase.” The original nine mixes featured 231 tracks and lasted 12 hours—“Briefcase” alone contained a whopping 251 tracks and 13 hours. That material has never been made available for download.

Yesterday, for the first time, Manire made the entire set of mixes available for download. As Manire wrote on the well-known ilXor “I love music” forum, “It likely won’t last long, but thanks to Mediafire doing away with file size restrictions, I’ve finally shared the *truly* complete ‘1981’ box set, with the never-before-shared-online ‘Briefcase’ disc.”

If you have a couple of spare gigs on your hard drive, act now. Download them here. You won’t be disappointed.

To tide you over while your computer works on downloading this trove, here’s Killing Joke playing Philadelphia in—you guessed it—1981:

No Thoughts on For the first time, legendary ‘1981’ post-punk mix is available to download in full
0 (0)