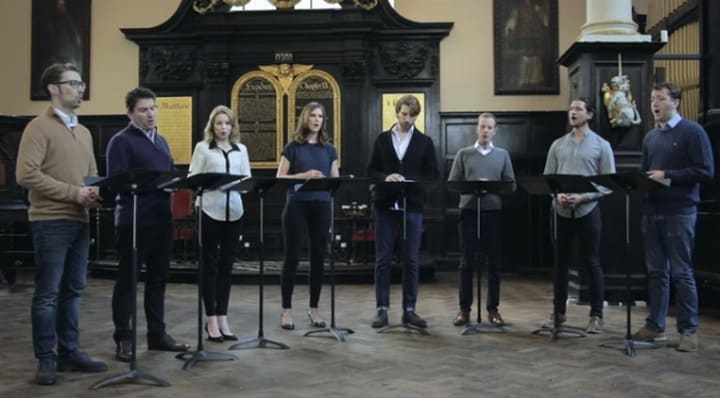 Elgar’s Nimrod Vocal Performance Will Make You So Emotional

There was a stunning performance by one of the British’s  best A Cappella groups, VOCES8.

This performance from the British’s A Capella group has taken the world by the storm. It sounds so deep, so emotional, that people cannot hold their tears back anymore after listening to such musical creations.

VOCES8 performed “Nimrod: Lux Aeterna” originally composed by an English composer Edward Elgar. They performed it as a tribute on Armistice Day 2016. In this song, they pay their homage towards the martyrs and veterans of the World War I and the wars involving Commonwealth and British troops. This was performed in the church of St Anne and St Agnes.

This Is a Poem That Heals Fish: An Almost Unbearably Wonderful Picture-Book About How Poetry Works Its Magic