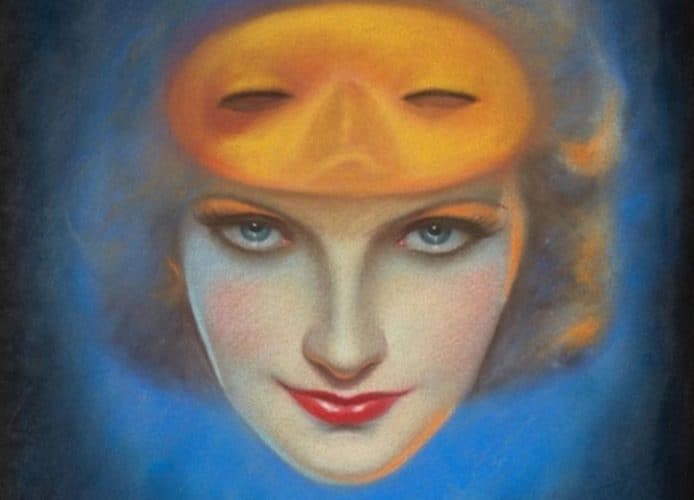 Artist Charles Gates Sheldon (1889-1960) is best known for his cover art for publications like Photoplay, the Saturday Evening Post and Collier’s Magazine. His work also included advertising and book illustration. But I like to think of Charles Sheldon Gates as the man who reinvented religious iconography for the twentieth century by replacing the portraits of angels and saints with pastel portraits of the silent movie stars and Hollywood legends of the 1920s and 1930s.

Sheldon’s portraits of actresses deserve to be glorified. These women were all tough dames. Most came from blue collar backgrounds and made their own way to the top in Hollywood at a time of autocratic studio bosses and sex pest producers. Some like Clara Bow lived a life of excess and ultimately paid for it. Others like Katharine Hepburn were strong-willed and fiercely independent who relished their freedom and privacy. Many died far too young. But all had a talent to entertain, inspire and bring a little hope—the kind of thing people get from religious paintings. The original ‘It Girl’ Clara Bow Queen of the double entendres the legendary Mae West May Sarton on the Artist’s Duty to Contact the Timeless in Tumultuous Times @Brainpickings.org