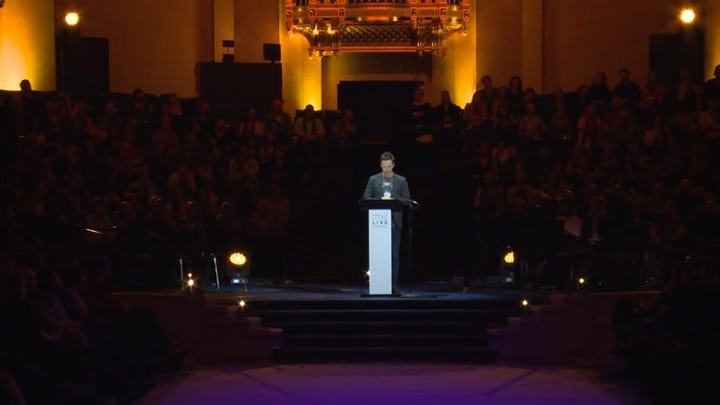 It’s never too late to thank the teacher who changed your life.

Oprah Winfrey fell to pieces when she was reunited on air with Mrs. Duncan, her fourth grade teacher, her “first liberator” and “validator.”

Patrick Stewart used his knighthood ceremony as an occasion to thank Cecil Dormand, the English teacher who told him that Shakespeare’s works were not dramatic poems, but plays to be performed on one’s feet.

And Bill Gates had kind words for Blanche Caffiere, the former librarian at View Ridge Elementary in Seattle, who destigmatized his role as a “messy, nerdy boy who was reading lots of books.”

One of the most heartfelt student-to-teacher tributes is that of Nobel Prize-winning author and philosopher Albert Camus to Louis Germain, a father substitute whose classroom was a welcome reprieve from the extreme poverty Camus experienced at home. Germain persuaded Camus’ widowed mother to allow Camus to compete for the scholarship that enabled him to attend high school.

As read aloud by actor Benedict Cumberbatch, above, at Letters Live, a “celebration of the enduring power of literary correspondence,” Camus’ 1957 message to Germain is an exercise in humility and simply stated gratitude:

I let the commotion around me these days subside a bit before speaking to you from the bottom of my heart. I have just been given far too great an honour, one I neither sought nor solicited.

But when I heard the news, my first thought, after my mother, was of you. Without you, without the affectionate hand you extended to the small poor child that I was, without your teaching and example, none of all this would have happened.

I don’t make too much of this sort of honour. But at least it gives me the opportunity to tell you what you have been and still are for me, and to assure you that your efforts, your work, and the generous heart you put into it still live in one of your little schoolboys who, despite the years, has never stopped being your grateful pupil. I embrace you with all my heart.

The letter was gratefully received by his former teacher, who wrote back a year and a half later to say in part:

If it were possible, I would squeeze the great boy whom you have become, and who will always remain for me “my little Camus.”

He complimented his little Camus on not letting fame go to his head, and urged him to continue making his family priority. He shared some fond memories of Camus as a gentle, optimistic, intellectually curious little fellow, and praised his mother for doing her best in difficult circumstances.