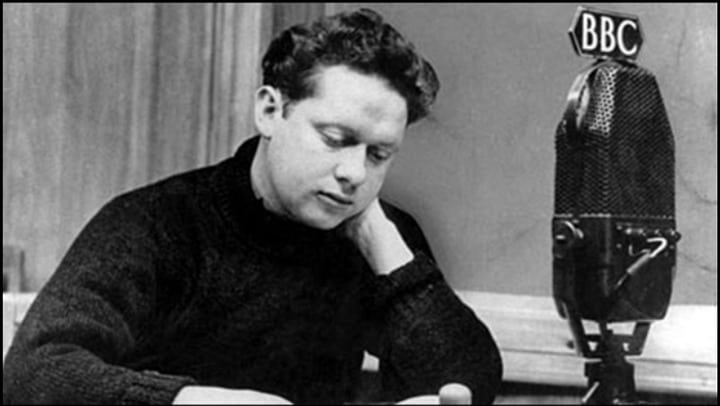 The Story Behind Dylan Thomas ’s “Do Not Go Gentle Into That Good Night” and the Poet’s Own Stirring Reading of His Masterpiece @Brainpickings.org
0 (0)

“Rage, rage against the dying of the light.”

“Poetry can break open locked chambers of possibility, restore numbed zones to feeling, recharge desire,” Adrienne Rich wrote in contemplating what poetry does. “Insofar as poetry has a social function it is to awaken sleepers by other means than shock,” Denise Levertov asserted in her piercing statement on poetics. Few poems furnish such a wakeful breaking open of possibility more powerfully than “Do not go gentle into that good night” — a rapturous ode to the unassailable tenacity of the human spirit by the Welsh poet Dylan Thomas(October 27, 1914–November 9, 1953).

Written in 1947, Thomas’s masterpiece was published for the first time in the Italian literary journal Botteghe Oscure in 1951 and soon included in his 1952 poetry collection In Country Sleep, And Other Poems. In the fall of the following year, Thomas — a self-described “roistering, drunken and doomed poet” — drank himself into a coma while on a reading and lecture tour in America organized by the American poet and literary critic John Brinnin, who would later become his biographer of sorts. That spring, Brinnin had famously asked his assistant, Liz Reitell — who had had a three-week romance with Thomas — to lock the poet into a room in order to meet a deadline for the completion of his radio drama turned stage play Under Milk Wood.

In early November of 1953, as New York suffered a burst of air pollution that exacerbated his chronic chest illness, Thomas succumbed to a round of particularly heavy drinking. When he fell ill, Reitell and her doctor attempted to manage his symptoms, but he deteriorated rapidly. At midnight on November 5, an ambulance took the comatose Thomas to St. Vincent’s Hospital in New York. His wife, Caitlin Macnamara, flew from England and spun into a drunken rage upon arriving at the hospital where the poet lay dying. After threatening to kill Brinnin, she was put into a straitjacket and committed to a private psychiatric rehab facility.

When Thomas died at noon on November 9, it fell on New Directions founder James Laughlin to identify the poet’s body at the morgue. Just a few weeks later, New Directions published The Collected Poems of Dylan Thomas (public library), containing the work Thomas himself had considered most representative of his voice as a poet and, now, of his legacy — a legacy that has continued to influence generations of writers, artists, and creative mavericks: Bob Dylan changed his last name from Zimmerman in an homage to the poet, The Beatles drew his likeness onto the cover of Sgt. Pepper’s Lonely Hearts Club Band, and Christopher Nolan made “Do not go gentle into that good night” a narrative centerpiece of his film Interstellar.

The Pulitzer-winning Irish poet and New Yorker poetry editor Paul Muldoon writes in the 2010 edition of the volume:

Dylan Thomas is that rare thing, a poet who has it in him to allow us, particularly those of us who are coming to poetry for the first time, to believe that poetry might not only be vital in itself but also of some value to us in our day-to-day lives. It’s no accident, surely, that Dylan Thomas’s “Do not go gentle into that good night” is a poem which is read at two out of every three funerals. We respond to the sense in that poem, as in so many others, that the verse engine is so turbocharged and the fuel of such high octane that there’s a distinct likelihood of the equivalent of vertical liftoff. Dylan Thomas’s poems allow us to believe that we may be transported, and that belief is itself transporting.

“Do not go gentle into that good night” remains, indeed, Thomas’s best known and most beloved poem, as well as his most redemptive — both in its universal message and in the particular circumstances of how it came to be in the context of Thomas’s life.

By the mid-1940s, having just survived World War II, Thomas, his wife, and their newborn daughter were living in barely survivable penury. In the hope of securing a steady income, Thomas agreed to write and record a series of broadcasts for the BBC. His sonorous voice enchanted the radio public. Between 1945 and 1948, he was commissioned to make more than one hundred such broadcasts, ranging from poetry readings to literary discussions and cultural critiques — work that precipitated a surge of opportunities for Thomas and adrenalized his career as a poet.

At the height of his radio celebrity, Thomas began working on “Do not go gentle into that good night.” Perhaps because his broadcasting experience had attuned his inner ear to his outer ear and instilled in him an even keener sense of the rhythmic sonority of the spoken word, he wrote a poem tenfold more powerful when channeled through the human voice than when read in the contemplative silence of the mind’s eye.

In this rare recording, Thomas himself brings his masterpiece to life: 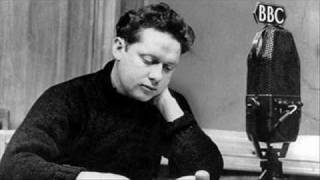 No Thoughts on The Story Behind Dylan Thomas ’s “Do Not Go Gentle Into That Good Night” and the Poet’s Own Stirring Reading of His Masterpiece @Brainpickings.org
0 (0)