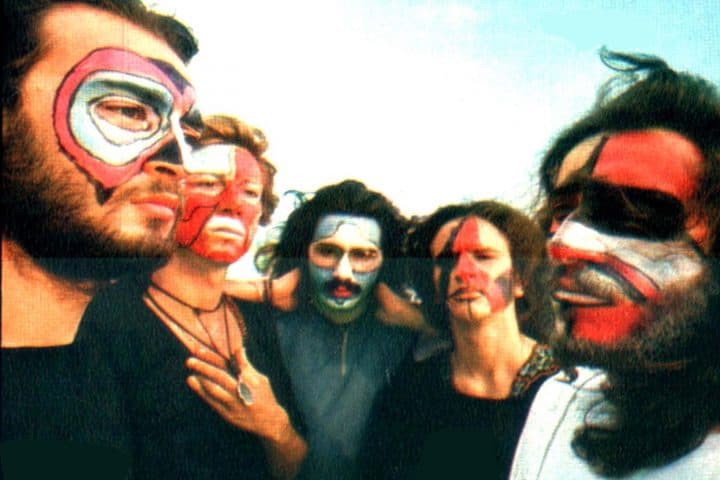 In one of those “one minute I was looking at this one thing, and then suddenly I was looking at this totally other thing” moments the Internet is so fond of bestowing upon us, this morning I was on eBay looking for posters of 60s/70s Eurobabe actress Barbara Bouchet (as I do…a lot lately) when I saw a listing for the soundtrack for Milano Calibro 9, a bloody and brutal 1972 poliziotteschi she co-starred in. The music for Milano Calibro 9 is a collaboration between the celebrated Argentinean-born composer Luis Bacalov—who is best known for the soundtracks to Django, Pasolini’s The Gospel According to St. Matthew, the Oscar-winning score to Il Postino and his work with Italian progressive rock groups—and the Italian progressive rock group Osanna. I downloaded this soundtrack a few years ago—and I love it—but I never knew what Osanna looked like. And I wondered if maybe there were any vintage performance videos of the group in their prime that had been posted on YouTube? The answer to the first question is “total freaks” and to the second “yup, plenty!”

Apparently Osanna were one of the very first groups anywhere in the world to do a full on “theatrical rock” thing and they sound like a Neapolitan-tinged combination of Jethro Tull, Pink Floyd, the Mothers of Invention, Focus and Moody Blues with a sonic palette consisting of heavy guitar, flute, 12-string acoustic interludes and mellotrons. What’s more, if you look at photos of Peter Gabriel in 1971 vs. 1972, there’s a fair case to be made based on the available visual evidence that the lad was “influenced” by the opening act—that would be Osanna—that Genesis toured Italy with in 1972. 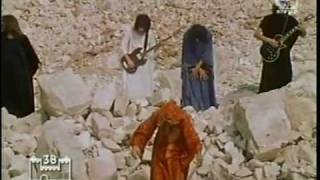 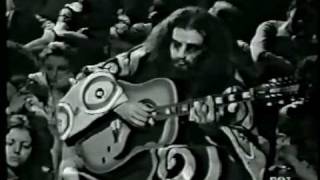 An incredible live in the studio set playing music from the ‘Milano Calibro 9’ soundtrack. This is maximo, primo Osanna.

The Story Behind Dylan Thomas ’s “Do Not Go Gentle Into That Good Night” and the Poet’s Own Stirring Reading of His Masterpiece @Brainpickings.org
0 (0)