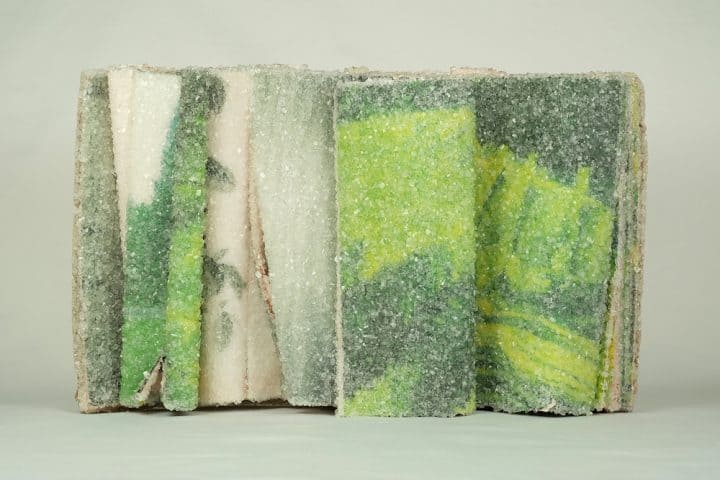 San Francisco-based artist Alexis Arnold (previously) looks to isolate the material rather than the content of the books she freezes in time, calling attention to both their physicality and quickly diminishing presence in our day-to-day lives. Utilizing borax crystals Arnold sprouts hardened, iridescent forms from a publication’s pages, posing the work more like a natural artifact rather than human detritus. Culling through discarded and found texts, she chooses those that seem to hold the greatest metaphorical weight. These selected titles are often those centered around advances in technology or wonders of our natural earth—Arnold subtly gesturing to how many experiences we leave behind as computers continue to gradually store the bulk of our collective knowledge. You can see more of Arnold’s crystallized works on her website and Instagram. 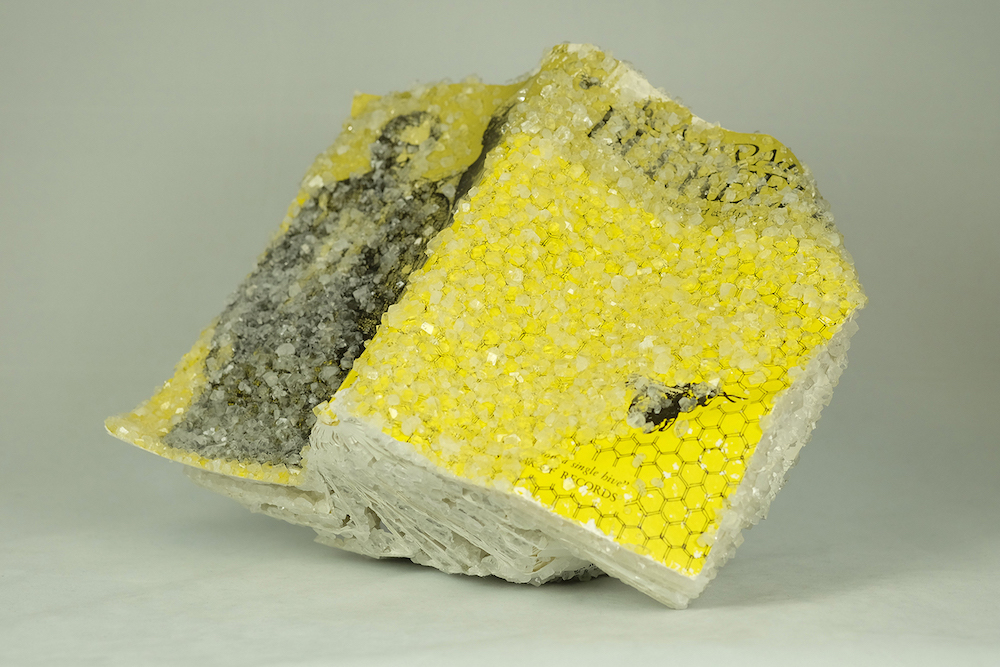 Manchester by The Sea