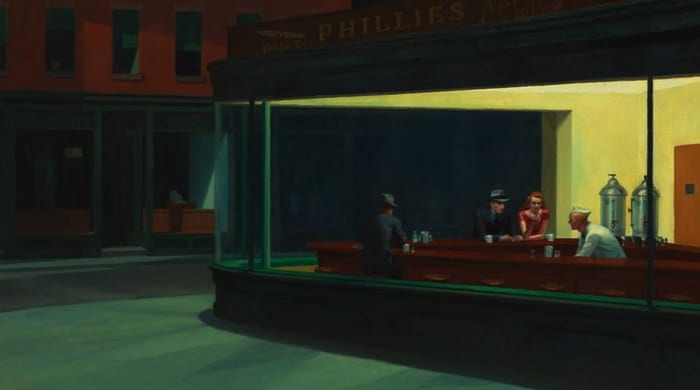 If any one painting stands for mid-twentieth-century America, Nighthawks does. In fact, Edward Hopper ’s 1942 canvas of four figures in a late-night New York City diner may qualify as the most vivid evocation of that country and time in any form. For Evan Puschak, better known as the video essayist Nerdwriter, the experience of Nighthawks goes well beyond the visual realm. “I’ve always thought of him in a sort of aromatic way,” says Puschak of the artist, “because his paintings evoke the same kinds of feelings and memories that I get from the sense of smell, as if he was channeling directly into my limbic system, excavating moments that were stored deeply away.”

But Puschak wouldn’t have experienced the early 1940s first-hand, much less the turn-of-the-century period in which Hopper grew up. Nor would have most of the people captivated by Nighthawks today, much less those countless appreciators as yet unborn. How does Hopper, in his most famous painting and many others, at once capture a time and a place while also resonating on a deeper, more universally human level? 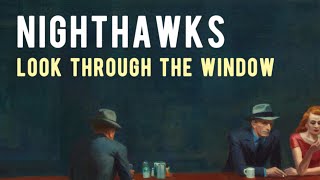 Puschak takes up that question in “Look through the Window,” a video essay that examines the power of Hopper’s art, “clean, smooth, and almost too real,” through a breakdown of Nighthawks, an expression of all of the artist’s themes: “loneliness, alienation, voyeurism, quiet contemplation, and more.”

The effectiveness of the painting’s composition, in Puschak’s analysis, comes from such elements as the ambiguity of the relationships between its characters, the strong diagonal lines of the diner’s architecture, the use of light in the darkness, and the windows so clear as to look “as if they’re not even there,” all so memorably realized by Hopper’s painstaking dedication to his work. (His long and involved process, which we’ve previously featured here, even included a kind of storyboarding.) “As slowly and deliberately as he painted,” Puschak says, “he wanted us to look — really look, and to be made vulnerable, as a viewer always is.”

Many Americans must have felt such vulnerability with a special acuteness at the time Hopper finished painting Nighthawks, “the weeks and days following the bombing of Pearl Harbor, when everyone in New York City was paranoid about another attack.” Everyone, that is, except Edward Hopper, who kept his studio light on and kept on painting beneath it. “The future was very uncertain at this moment in time, as uncertain as the darkness that frames the patrons of this diner, a darkness they’re launched into by Hopper’s composition and our gaze.” Some might say that times, in America and elsewhere, haven’t become much more certain since. We, like Hopper, could do much worse than continuing to create ever more deliberately, and to see ever more clearly.