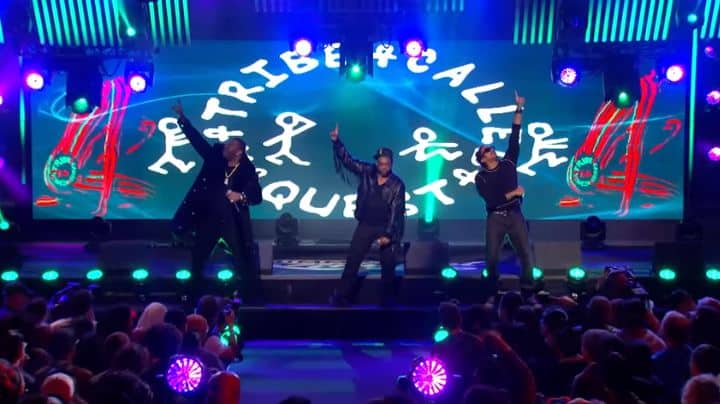 Last month, A Tribe Called Quest gave the world its first taste of Tribe’s new album, We Got It From Here…Thank You 4 Your Service, live. The crew joined Dave Chappelle on Saturday Night Live, accompanied by Busta Rhymes and Consequence. During their performances of both “The Space Program” and “We The People,” ATCQ kept Phife Dawg front and center, both vocally, and in the form of a giant mural with a picture of his face super-imposed.

Since that magical night Tribe has laid low, releasing a video for “We The People,” and watching their album debut at number 1 on the Billboard charts. Their pole position made history, as the 20-year gap between this album and Beats, Rhymes & Life, their last album to reach the summit was the longest ever in Hip-Hop. During that time, ATCQ also spoke on the likelihood of a final tour, with Q-Tip telling Billboard “This is our last record, and we’ll probably do a world tour. After that, that’s it, for the rest of our lives.” Busta Rhymes and Consequence, who played prominent roles on the album, likely would join the tour, as well.

Last night, Tip, Jarobi, Ali Shaheed Muhammad, Busta and Cons all took the stage on Jimmy Kimmel Livefor performances of “Dis Generation,” “We The People,” “Mobius” and “Award Tour.” Once again, Phife also was present, in spirit and in voice.

Only “Dis Generation” and “We The People” were televised and, thus far, only the former has been released digitally. However, after the cameras stopped rolling, Tribe kept going and a member of the audience caught some great footage, including Cons and Busta’s raucous performance of “Mobius” and a taste of Tribe’s Low End Theory classic first single.. 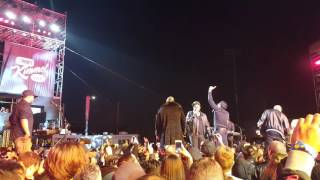 Based on the energy Tribe, Cons and Busta bring, the tour is going to be worth the wait.