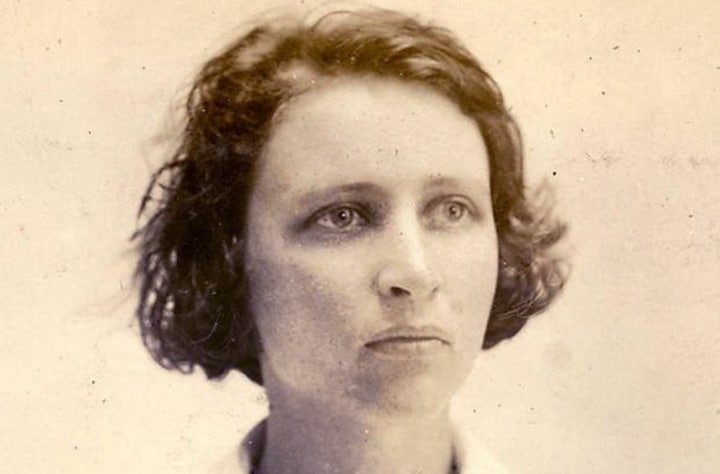 “In the history of language, in the growth of human understanding, the principle of metaphorical expression plays a vastly greater role than most people realize. For it is the natural instrument of our greatest mental achievement — abstract thinking.”

The poet Rainer Maria Rilke, in what remains a supreme articulation of what it means to be an artist, counseled his aspiring-artist correspondent: “Go into yourself and test the deeps in which your life takes rise; at its source you will find the answer to the question whether you must create.” Half a century later, young Susan Sontag wrote as she contemplated art in her diary: “All great art contains at its center contemplation, a dynamic contemplation.”

Art is an act of translation — inner into outer into inner, artist to art to audience, part Rilke and part Sontag. It translates the innumerable dialects in which we each cry for connection into a universal language of belonging. Great art, therefore, requires a dual contemplation — it asks the artist to contemplate her interior life and give shape to what she finds there in abstract form; it asks the audience to contemplate the abstraction and glean from it transcendent resonance with our own interior life, engaging in what Jeanette Winterson so memorably called “the paradox of active surrender” and enlarging ourselves in the act of contemplation. In the process of that two-way translation, art transforms us.

That process is what trailblazing philosopher Susanne Langer (December 20, 1895–July 17, 1985), whose work shaped the course of philosophy of mind and philosophy of art, explores in her 1957 book Problems of Art (public library) — a collection of ten philosophical meditations on various aspects of creativity. A decade and a half after her elegant case for how our questions shape our answers, Langer examines how art works us over by posing before us abstracted questions.

In the seventh chapter, titled “Imitation and Transformation in Art,” Langer considers how art represents and transforms our experience by giving shape to the elusive and opaque interiority of the human heart. She writes:

“What we call “art” in the liberal sense does not differ from craft, or “art” in an older sense, in matter or technique; but it differs radically in its aim. Like any craft, a so-called “fine art” is the manipulation of crude matter — stone, wood, clay, pigment, metal, etc., or (by an extension of the concept of “matter”) sounds, words, gestures, or other stuff, for the purpose of constructing a desired object, an artefact. But, whereas most artefacts are made for an instrumental purpose, what we call a work of art is made for the ultimate purpose of achieving certain qualitative effects, which have expressive value.”

In a sentiment that calls to mind Hannah Arendt’s crucial distinction between truth and meaning, Langer considers what art ultimately expresses:

Such knowledge is not expressible in ordinary discourse. The reason for this ineffability is not that the ideas to be expressed are too high, too spiritual, or too anything-else, but that the forms of feeling and the forms of discursive expression are logically incommensurate, so that any exact concepts of feeling and emotion cannot be projected into the logical form of literal language. Verbal statement, which is our normal and most reliable means of communication, is almost useless for conveying knowledge about the precise character of the affective life. Crude designations like “joy,” “sorrow,” “fear,” tell us as little about vital experience as general words like “thing,” “being,” or “place,” tell us about the world of our perceptions.”

What does convey these higher magnitudes of meaning and nuance, Langer argues, is symbolic expression:

“As soon as human conception finds an adequate symbol, it grows like Jack’s beanstalk, and outgrows the highest reaches of what seemed such an adequate form of expression. The better the symbolism, the faster it has to grow, to keep up with the thought it serves and fosters. That is clearly demonstrated by language. A child with ten words to its credit has certainly more than ten concepts at its command, because every word lends itself at once to generalization, transfer of meaning, suggestion of related ideas, all sorts of subtle shades and variations created in use. The same thing holds for artistic expression. Just as language grows in subtlety, in syntactical forms and idioms as well as in vocabulary, so the power of articulation through sensuous form grows with the needs of the conceiving mind.”

Such exponentially concept-expanding symbolic expression, Langer argues, is what furnishes the core purpose of art:

“The aim of art is insight, understanding of the essential life of feeling. But all understanding requires abstraction. The abstractions which literal discourse makes are useless for this particular subject-matter, they obscure and falsify rather than communicate our ideas of vitality and sentience. Yet there is no understanding without symbolization, and no symbolization without abstraction. Anything about reality, that is to be expressed and conveyed, must be abstracted from reality. There is no sense in trying to convey reality pure and simple. Even experience itself cannot do that. What we understand, we conceive, and conception always involves formulation, presentation, and therefore abstraction.”

Noting that abstraction has played a vital role in advancing human understanding and that the first scientific insights were conveyed via inventive figures of speech, Langer adds:

“Time, when it was first conceived as a scientific notion rather than a fateful Being, flowed in a one-dimensional stream from the throne of God. Space was chaos and abyss, abstracted from the rest of existence in mystic symbols, before this abstraction grew familiar enough to have a dead common-sense name and be defined by all the propositions of descriptive geometry.”

Of course, there is always the flipside — incomplete understanding furnishes imperfect abstractions, nowhere more so than in our long history of imperfect metaphors for time. And yet the power of metaphor remains unsurpassed:

“The most powerful users of language or other symbolism … can force us to see more than the ordinary accepted meaning in familiar symbols.”

But the abstractions of art, Langer points out, work us over differently than those of metaphor:

“The arts, like language, abstract from experience certain aspects for our contemplation. But such abstractions are not concepts that have names…. Artistic expression abstracts aspects of the life of feeling which have no names, which have to be presented to sense and intuition rather than to a word-bound, note-taking consciousness.”

Echoing Rothko’s assertion that “beauty conforms to the demands of the spirit,”Langer adds:

“When we say that a work has a definite feeling about it, we do not mean that it either symptomizes this feeling, as weeping symptomizes an emotional disturbance in the weeper, nor that it stimulates us to feel a certain way. What we mean is that it presents a feeling for our contemplation… Nothing is so elusive as an unsymbolized conception. It pulsates and vanishes like the very faint stars, and inspires rather than fixes expression.”

Art, Langer argues, allows us to grasp that elusiveness by giving it shape. She echoes young Virginia Woolf’s observation that all the arts “imitate as far as they can the one great truth that all can see,” but adds that abstraction transcends mere imitation and becomes amplification, then, at its best, transformation. She writes:

“Whenever a feeling is conveyed by such an indirect rendering, it marks a height of artistic expression. Among the forthright and familiar conventions of imitation, a sensuous transformation acts much as a strong metaphor does among the well-understood conventions of literal speech: its feeling is more poignant and its meaning more impressive than the import of ordinary communication. It conveys a summation and an essence. Why?

For the same reason that a metaphor is apt to be more revealing than a literal statement… In the history of language, in the growth of human understanding, the principle of metaphorical expression plays a vastly greater role than most people realize. For it is the natural instrument of our greatest mental achievement — abstract thinking.”

With this, Langer arrives at the ultimate purpose of art:

“Art is the articulation, not the stimulation or catharsis, of feeling; and the height of technique is simply the highest power of this sensuous revelation and wordless abstraction.”

No Thoughts on Trailblazing Philosopher Susanne Langer on the Purpose of Art, (…) @Brainpickings.org
0 (0)