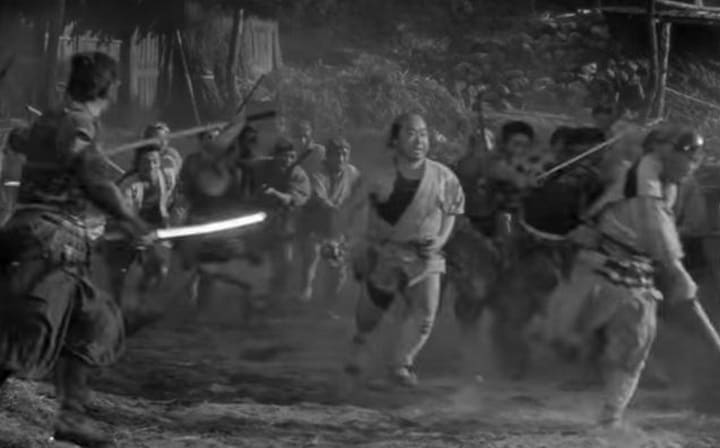 Jonathan Lethem knows a thing or two about storytelling as well as about caped comic-book characters, and on a recent podcast appearance he accused films about the latter of an inability to do the former: “I think one of the least satisfying film genres I’ve ever encountered is the contemporary superhero movie, which just seems to me kind of dead on arrival. I can’t even get into the hair-splitting about, ‘Oh, but there are three or four good ones.’ I just don’t see any life there.” How can such big productions filled with so much action play out so lifelessly on the screen? Perhaps the work of Akira Kurosawa, known in his day as the “Emperor” of Japanese film, can show us the answer. 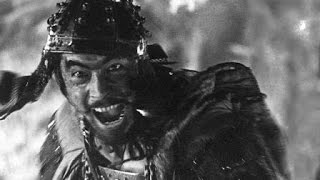 “Wouldn’t scenes that display the pinnacle of physicality work better,” asks video essayist Lewis Bond over images of the Avengers battling towering monsters in the centers of major cities, Spider-Man swinging huge arcs through some kind of smoke-and-spark factory, and Batman beating up Superman, “if they also conveyed an emotional intensity to match this? Action and emotion need not be separated by a chasm as they so often are, and this is where the greatness of Seven Samurai lies.” He shows us in “Drama Through Action,” a study of how Kurosawa’s best-known picture delivers its action with impact, which appeared earlier this month on Channel Criswell, previously the source of video essays on such masters of cinema as Yasujirō Ozu and Andrei Tarkovsky.

Bond points to several different factors that make the action in Kurosawa’s 1954 epic adventure of the Sengoku era, despite its technological impoverishment compared to the superhero blockbusters of the 21st century, feel so much more meaningful. A focus less on the action itself and the protagonists performing it than on the consequences of that action meaning that “death carries significance.” A “situational awareness” and clear portrayal of “the characters’ short-term objectives” means that the audience can follow, and thus feel, their successes and failures. A clear establishment of geography enables viewers to place the combatants, and themselves, on the battlefield. A sparing use of cutting and slow motion keeps emotionally charged moments charged.

These and other techniques skillfully employed by Kurosawa and his collaborators ensure that, in Seven Samurai, “every moment of action communicates a sense of urgency” — exactly the quality lacked, in other words, by the expensive and furious yet strangely dull superhero spectacles of today. “To me, Seven Samurai is still the most forward-thinking piece of cinema ever created,” says Bond. “What it did for the way action is photographed can still be seen today. And when it isn’t seen, it probably should be.” Take heed, young directors slated to take on the next wave of superhero-franchise cinematic reboots: to make your entries stand out, you have only to learn from the Emperor.