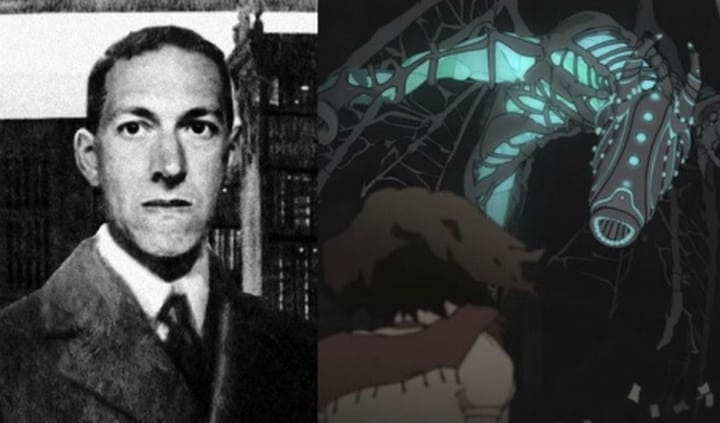 The year 2018 will see the release of an omnibus anime feature film based on Force of Will, a fantasy trading card game first launched in 2012 in Japan—the project sounds vaguely similar to 2003’s The Animatrix based on the Matrix universe. Excitingly, one of the six movies is called “Cthulhu” and is based on H.P. Lovecraft‘s famous monster. Other narratives in the movie are called “Pinocchio,” “Monkey King,” and “Zombie.”

In his 1926 story “The Call of Cthulhu,” Lovecraft described his most famous creation,Cthulhu, as “a monster of vaguely anthropoid outline, but with an octopus-like head whose face was a mass of feelers, a scaly, rubbery-looking body, prodigious claws on hind and fore feet, and long, narrow wings behind.”

There’s no obvious way of knowing for sure, but the Force of Will movie may represent the first time that an anime director has tackled Lovecraft. The “Cthulhu” segment is directed by Shuhei Morita, whose 2013 film Possessions was nominated for the Academy Award for Best Animated Short Film.

You can check out a new trailer for the Lovecraft anime below:

New Lace Street Art Created with Ceramic, Textile, and Spray Paint by NeSpoon – @This Is Colossal0 (0)

No Thoughts on H.P. Lovecraft ’s Cthulhu gets the anime treatment – @Dangerous Minds0 (0)