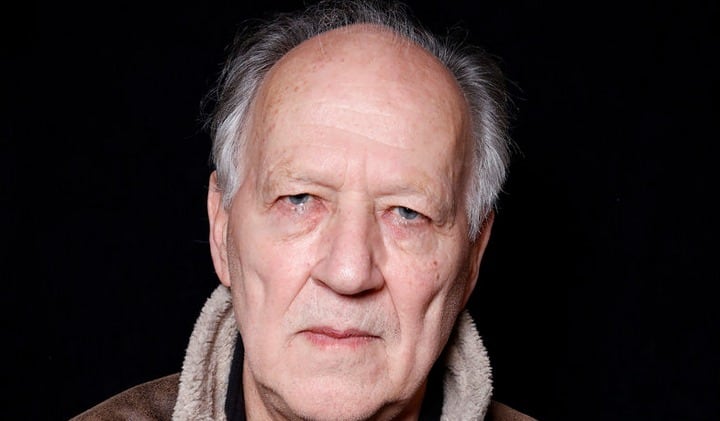 ‘How Much Wood Would a Woodchuck Chuck’: Herzog’s doc on auctioneers & ‘the poetry of capitalism’ – @Dangerous Minds0 (0)

Recently a massively pretentious man-baby posing as the world’s One True Cinephile expressed his concern over the fact that people are amused by Werner Herzog. The bulkily titled National Post article, “The memeification of Werner Herzog: Why the respected director should be respected for his genius, not regarded as a joke,” bemoaned the fact that Herzog’s voice and name are not only incredibly well-known, but are sometimes imitated or referenced for comedic effect—never mind the fact that Herzog has had some hilarious cameos on comedies like Parks and Recreation and  Rick and Morty. Calum Marsh, the very serious author of the piece (who nonetheless unironically wears pocket squares), had this to say:

Of course, reduced to meme form Herzog seems comical in a way that doesn’t serve him. Oh, yes, it’s very amusing to hear him talk about Pokémon Go, or whatever other trending topic hack journalists see fit to ask him for his opinion on; that’s how Q&As go viral. On the other hand, it’s a fairly abhorrent way of treating one of our major living filmmakers. Werner Herzog isn’t Christopher Walken. He ought to be valued for his genius, not regarded as a joke. My advice: plunge into the retrospective and enjoy the films qua films.

Aguirre and Fitzcarraldo are great enough to transcend any memeified punchlines.

Now I do not at all agree with the utterly humorless Mister Marsh on a number of things. I don’t think asking Herzog about Pokémon Go makes a journalist a hack—especially when it elicited such an interesting answer. I don’t think good interviews with legendary artists should simply be a series of ass-kissing softball questions, either. I also don’t think that anyone laughing about Herzog regards him as a joke—and I believe his genius isn’t really in question when he is made a figure of fun.

I do agree that everyone could stand to watch a little more Herzog though, so instead of whining in Latin about how no one sees his films, I present to you, How Much Wood Would a Woodchuck Chuck, Herzog’s brief but charming 1976 documentary on auctioneers—you know, the ones that talk really fast. The German title of the film translated to Observations of a New Language, as Herzog had a great deal of respect for the auctioneers and their “beautiful” but “frightening” language, referring to auctioneering as “the last poetry possible, the poetry of capitalism.” I assure you, there are parts where you might laugh, and that is absolutely okay. 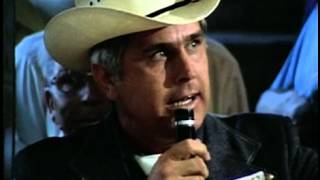 What Do Movies Say When They Say Nothing at All: A Video Essay – @Open Culture0 (0)

No Thoughts on ‘How Much Wood Would a Woodchuck Chuck’: Herzog’s doc on auctioneers & ‘the poetry of capitalism’ – @Dangerous Minds0 (0)