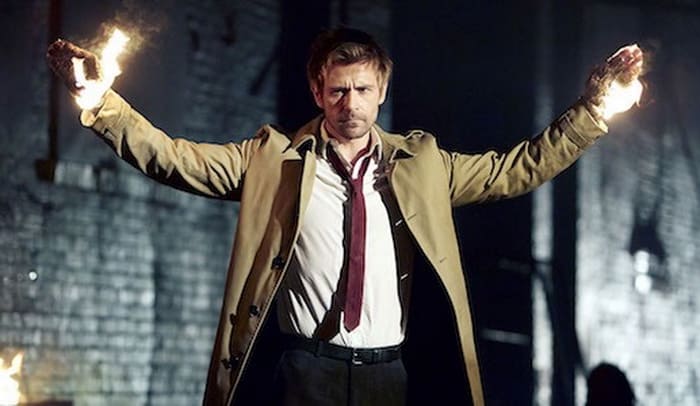 Many DC fans were disappointed when NBC cancelled the Constantine TV series after only one season last year. While the show itself didn’t really make a splash, Matt Ryan’s performance as John Constantine was widely praised. Since Constantine was taken off the air, Ryan has only played the trench coat-wearing occultist in one Arrow episode, but now it’s official: he’s returned to voice the character in the upcoming Justice League Dark animated movie.

Ryan’s casting was revealed in a Justice League Dark behind-the-scenes featurette that was attached to Batman: The Killing Joke. The movie was officially announced at San Diego Comic-Con this past weekend, but the cast was kept secret at the time. Here’s what Ryan had to say about his involvement during the video:

I really wanted to jump into the project to play Constantine in a different context, around some of the iconic characters that are in the DC dark world.

While Matt Ryan isn’t the first actor to play John Constantine in live action (that honor belongs to Keanu Reeves in the 2005 Constantine movie), the common consensus among fans is that Ryan has nailed the character, from physically resembling him to excellently capturing his attitude. The Justice League Dark debuted at the start of the New 52 in 2011, and John Constantine was one of the founding members. The team was created to handle the mystical and supernatural threats that normal superheroes can’t handle. In Constantine’s case, he is a skilled spell caster who uses his knowledge of the arcane to solve cases and hold back the forces of evil, all while smoking a cigarette and conning people. If the animated movie sells well, ideally this help with getting Ryan’s live action Constantine back into the CW DC shows. He’s been sorely missed since he guest starred in the Arrow adventure “Haunting.” Along with Matt Ryan’s Constantine, the Justice League Dark video highlighted the other main players: Camilla Luddington as Zatanna, Nicholas Turturro as Deadman and Ray Chase as Jason Blood/Etrigan the Demon, along with Black Orchid and Swamp Thing. Superman, Batman (being reprised by Jason O’Mara), Wonder Woman and Green Lantern will appear as members of the regular Justice League. There is also a live action Justice League Dark movie in development that was originally going to be directed by Guillermo del Toro and was reportedly looking at Colin Farrell for John Constantine. However, there hasn’t been any recent news about its progress, but maybe the animated movie will help get it back on track.

The Justice League Dark animated movie will be released digitally and on Blu-ray/DVD sometime in fall 2016.

No Thoughts on Matt Ryan Will Play Constantine Again Soon, Here’s What We Know – @Cinemablend0 (0)