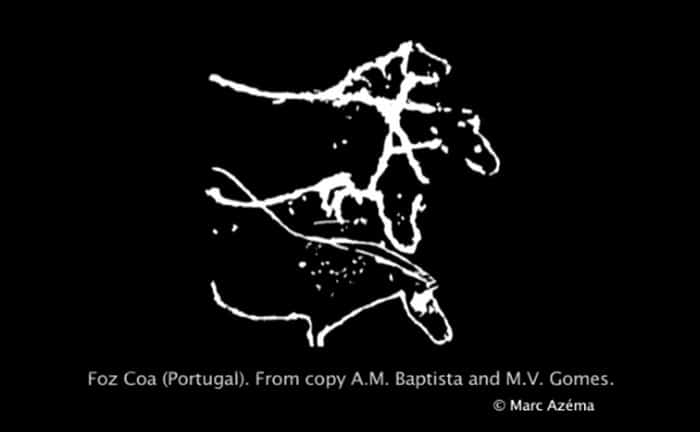 A few years ago, Werner Herzog’s acclaimed Cave of Forgotten Dreams pulled off an unlikely combination of technology and subject matter, using the latest in 3D cinema to capture the oldest known manmade images. But in the view of French archaeologist and filmmaker Marc Azéma, it must have made perfect sense as a kind of closing of a grand cultural loop. More than twenty years of research has made him see the kind of up to 32,000-year-old cave paintings shown in Herzog’s film as sequential images of man and beast, not just static ones — moving pictures, if you like — that emerge when arranged in a certain way.

Azéma’s short video “Sequential Animation: The First Paleolithic Animated Pictures” does that arranging for us, revealing how the early anatomical sketches found on the walls of caves in France and Portugal depict animal movement as the human artists perceived it. The connection to modern cinema, if you go through Eadweard Muybridge’s nineteenth-century studies of motion and then on to the products of the Lumière brothers’ early movie camera, looks clear indeed. Once we figured out how to satisfy our ages-long curiosity about how things move, we then, human ambition being what it is, had to find a way to turn the discovery toward artistic ends again.

What Are the Most Stolen Books? Bookstore Lists Feature Works by Murakami, Bukowski, (…) – @Open Culture0 (0)