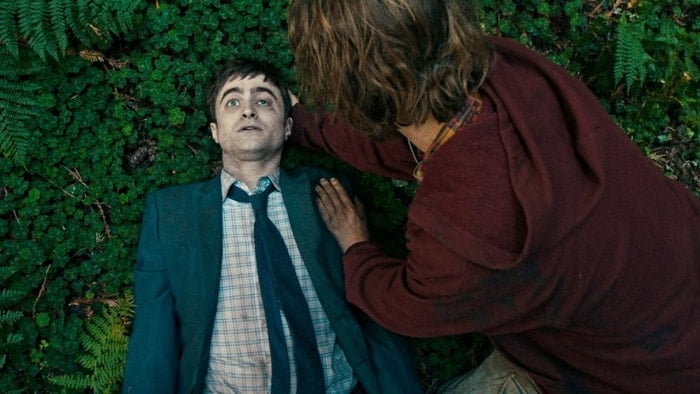 What Movie Gives You Hope For The Future? – @Indie Wire0 (0) Every week, the CriticWire Survey asks a select handful of film and TV critics two questions and publishes the results on Monday morning. (The answer to the second, “What is the best film in theaters right now?” can be found at the end of this post.)

This week’s question: What movie gives you hope for the future?

No movie gives me hope for the future right now. What a question! Is that what movies are supposed to do?

But this is the most important piece of film criticism I’ve read this year, and the writing gives me some kind of hope for intellectual direction in what may be revolutionary times. As my sweet mama used to tell me as I slumbered in my crib, “Hope is for dopes!” The vast majority of movies that aim for a hopeful aftertaste go too hard on the sugar, getting mired in goopy sentimentality on the way towards real, lasting comfort. Conversely, Belgian masters Jean-Pierre and Luc Dardenne know full well that if an audience wants a happy ending, they’ll damn well have to earn it. In their recent triumph “Two Days, One Night,” they drag the audience through a Bataan Death March of despair and misery before affording them a redemptive salvation at the film’s conclusion. They set up a daunting moral quandary for star Marion Cotillard — she’s gonna lose her job if she can’t convince her coworkers to take a pay cut — and pull no emotional gut-punch until the final scene puts a light at the end of this tunnel. The prevailing sentiment that people are decent, merciful, and kind when the chips are down can leave any brutal day.

The bravura conclusion to Steven Soderbergh’s classic State of Cinema address definitively mocks the very notion of watching movies in search of hope. In any case, all good new movies make me hopeful, as do some not-so-good ones as well (if criticism offers one joyful lesson, it’s never to write off a filmmaker, because inspiration can strike unexpectedly). That said, the real question here is something entirely different: with long-unredressed injustices suffered by black Americans at the hands of the law now the subject of long-overdue scrutiny and entirely apt protest, and with racist views now spewed openly by a mainstream Presidential candidate and his supporters, where does the cinema stand and what can it do? I didn’t think too much of Bruno Dumont’s films, and then I saw “Li’l Quinquin,” a masterwork of mixed genres which looks with a cold frankness at tensions between white people of long French ancestry and dark-skinned immigrants or children of immigrants from North Africa — and does so without offering falsely simple or sentimental resolutions. It’s a pre-political film, which dredges up the loam of nationalistic and racist sentiments, holding them up to the light while suggesting the deep roots from which they grow.

Frederick Wiseman’s documentary “In Jackson Heights” presents an extraordinarily diverse neighborhood that thrives specifically as a result of its diversity; strangely, though, its ethnic and community groups seem to have little interaction. Khalik Allah’s documentary “Field Niggas” shows people who aren’t thriving, all-too-easily overlooked people who are seemingly naked and defenseless before ambient powers both physical (the police) and abstractly governmental, and whose dignity is nonetheless monumental.

Two of the five short films in “collective:unconscious,” one by Frances Bodomo and the other by Josephine Decker, are among the most potent and original of recent political films, both confronting the cruel injustices of the physically deadly and spirit-breaking force of law as misapplied, with cavalier indifference, against black bodies. Miguel Gomes’s “Arabian Nights” trilogy, blending fantasy and documentary, theatrical artifice and derisive satire and investigative journalism, suggests new ways (borrowing a phrase) not merely to make political films but to make films politically.

I am a cynic by nature. I don’t see a lot of hope in the future, though I am surprisingly optimistic considering how many documentaries I watch involving the worst of humanity. When I find that rare hopeful documentary that isn’t just the doom and gloom and lack of solutions, I latch on to it. Some of them are well-made issue films like Jessica Yu’s “Last Call at the Oasis,” a bright, encouraging film about the global water crisis. Some of them are more observant showcases of heroes or communities working or living together in positive ways. Since we’re immersed in the presidential race, for the former I think of Marshall Curry’s “Street Fight,” about the possible future White House contender Cory Booker. For the latter, I think of something like Frederick Wiseman’s latest, “In Jackson Heights.”

The most hopeful, though, are the lesser-known docs that maybe aren’t that artistically notable but focus on positive content. One in particular that has struck with me recently is called “Inhabit: A Permaculture Perspective.” It’s an educational and inspiring look at small-scale projects dealing in solutions to big environmental issues. It’s not a great movie, but it’s a fine spotlight on great things being done by great people. I’ll go with “Swiss Army Man” because as we continually bemoan the state of cinema and the influx of remakes, sequels, reboots and other films pieced together because somewhere out there is a built-in fanbase for the property, films like “Swiss Army Man” remind us that there’s still wildly inventive fare to be found at the theater. There are still crazy, challenging, soulful films starring versatile actors who are giving their all to a bold idea that’s destined to be divisive, but also memorable. There are still people willing to fund such a venture, and there are definitely still people willing to see it, write about it and champion it all year long.

All of that, plus it proves there’s still more cinematic territory to explore when it comes to on-screen farts.

Weirdly enough, it’s “Children of Men.” It’s a movie about a fucked-up future, real worst-case scenario stuff, and the total collapse of society that still manages to have a happy (or, at least, a very hopeful) ending about a brighter future where people have perhaps learned from their mistakes and are ready to heal them for the good of the world.

At this specific moment, “Barbershop: The Next Cut” is the idealistic antidote to a week tarnished by racism, violence and horrible extremism on both sides of the fence. This movie actually opens with one character pranking another into thinking that neighborhood violence has invaded the titular shop — in a panic, Ice Cube attempts to rectify the situation by yelling, “Black lives matter!” — and only gets more current from there. The shop employees’ ultimate decision to stage a local ceasefire turns this latest entry in a widely under-appreciated franchise into this year’s Frank Capra film — an unabashedly sentimental but equally meaningful call for making the world the better place.

What gives me the most hope for the future? This photo, developed using male tears.

I remember sitting in my Chicago kitchen at 3am on September 12, 2001, and listening to the eerie silence (all the airplanes had been grounded). I was on deadline for a review, so it was another all-nighter for me. Truthfully, I was glad to have the distraction. My girlfriend was asleep in the other room. Anxiety had frayed us. But the more I grappled with this particular film, the more I realized what a gift it was to be writing about something so humane: a movie about people connecting through heartache. It was Lukas Moodysson’s “Together.” I still return to that film in tough times.

No Thoughts on What Movie Gives You Hope For The Future? – @Indie Wire0 (0)