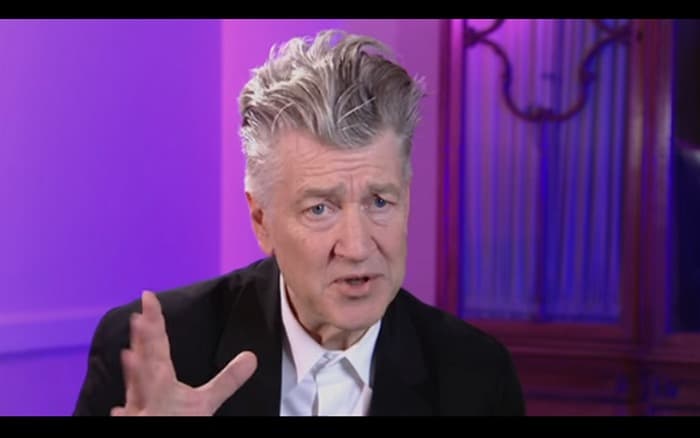 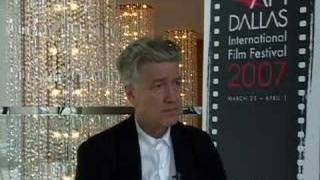 When one first encounters the surreal sensibilities of David Lynch on film, it’s hard to know what to expect of the man behind them. Is he a tortured recluse, working out his demons onscreen? A demented auteur with issues? But Lynch’s explorations of the violence and sadism lurking beneath America’s shiny veneer come to us too leavened by absurdist humor to be the product of a man who takes himself too seriously.

And when you first encounter Lynch—in interviews or his own cameo role, say, on Twin Peaks—you find exactly that: he’s an affable, seemingly well-adjusted-if-eccentric gentleman from Missoula, Montana who doesn’t at all seem beset by dark forces in the way that many of his memorable characters have been over many decades of filmmaking. Lynch seems instead remarkably free from anxiety, as his work is free from the pernicious influences of a venal Hollywood studio culture he eviscerates in Mulholland Drive. 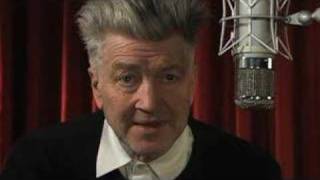 Lynch would credit his psychological and creative good health to meditation, but there are other reasons that his body of work feels so consistently elevated to the level of purist high art: the filmmaker himself is a purist when it comes to film—perhaps one of the last few high-profile directors to remain almost fully independent of the dictates of commercialism. Witness his attitude toward such crude, invasive compromises as product placement in the interview clip at the top of the post (Lynch’s verdict in a word: “bullshit”).

Or, just above, see him opine on the phenomenon of the iPhone, or smartphone equivalent, as media platform. “If you’re playing the movie on a telephone,” says Lynch, “you will never in a million years experience the film. You may think you have experienced it. But you’ll be cheated…. Get real.” Like the interview clip at the top, the iPhone mini-rant—an extra from the Inland Empire DVD, Lynch’s last feature film—shows us the director at his crankiest, a side that of him that seems to emerge only when the subject of artistic compromise for commerce’s sake arises. 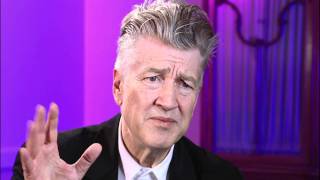 But should we consider Lynch a Luddite, an opponent of the digital revolution in filmmaking? Far from it. Lynch shot Inland Empire on a small digital camera, as you can hear him discuss above in another clip from the film’s DVD. And if we were to assume that he hates Hollywood and the studio system, we’d be wrong there as well. He goes on to explain what he loves about L.A.: the dream, the light, the smell, the feel of the “golden age of Hollywood,” the sound stages (“factories for making cinema”), and even the star system. Keep watching for more of Lynch’s idiosyncratic opinions—on his favorite actress Laura Dern, on “making films for a particular audience,” and on a subject very dear to him: “dreams influencing thoughts.”