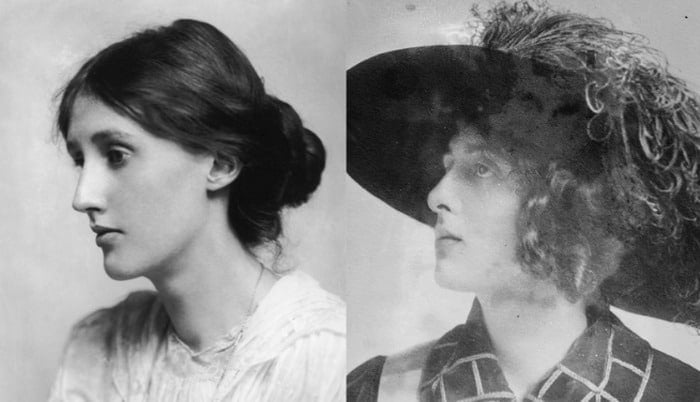 Everyone loves a love story—especially a love affair. We may think ourselves above a juicy scandal…, but who are we kidding? Tragically, however, for many famous people of the past—from Oscar Wilde to Alan Turing to Tab Hunter—affairs could not only end careers and reputations, they could end lives. People who would much rather not have to hide their love have been forced to do so by rigid social propriety, religious moralism, and repressive law.

In other famous cases, however—like that of Virginia Woolf and her friend and lover Vita Sackville-West—an affair doesn’t end in tragedy but simply in a cooling of passions into a beautiful, lasting friendship.

While prudish outsiders may have been scandalized, neither Woolf’s nor Sackville-West’s husband found the relationship shocking. Leonard Woolf, his wife reported, regarded the affair as “rather a bore… but not enough to worry him.” Vita and her aristocratic husband Harold Nicolson, writes the Virginia Woolf blog, “were both bisexual and… had an open marriage.” Furthermore, the bohemian artistic circle in which the Woolfs moved—the Bloomsbury group—hardly troubled itself about such mundane goings-on as a steamy affair between two married women. So much for social scandal and soap-operatic theatrics. 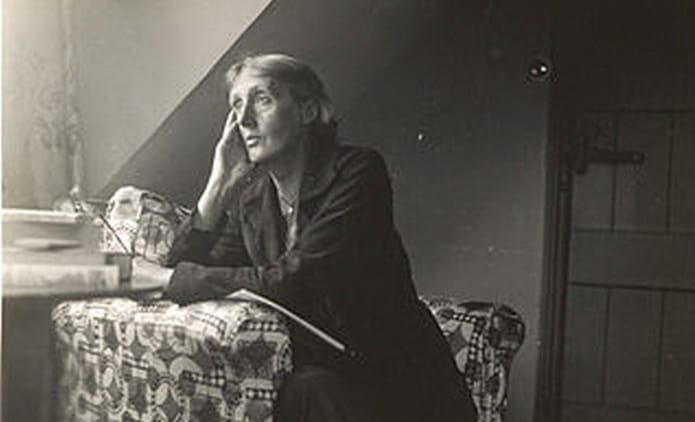 But while their love was not forbidden, what passion they had while it lasted! One need only read their letters to each other, collected in The Letters of Vita Sackville-West to Virginia Woolf. Many of those epistles document the heated period between the mid-1920s, when their affair began, and 1929, when it ended on amiable terms (in a friendship the letters document until Woolf’s suicide in 1941).

“I am reduced to a thing that wants Virginia,” writes Sackville-West in a 1926 letter to Woolf, “You have broken down my defences. And I really don’t resent it… Please forgive me for writing such a miserable letter.” The brief, agonized letter captures the exquisite pangs and pinions of romantic infatuation. Woolf, in response, is the more reserved, but also the more colorful, with playful, cryptic images that hint at who knows what:

“Always, always, always I try to say what I feel,” she writes, “I have missed you. I do miss you. I shall miss you. And if you don’t believe it, you’re a longeared owl and ass…. Open the top button of your jersey and you will see, nestling inside, a lively squirrel with the most inquisitive habits, but a dear creature all the same—”

In her diary, Woolf described Sackville-West on their first meeting in 1923 as “a pronounced sapphist…. Snob as I am, I trace her passions – 500 years back, & they become romantic to me, like old yellow wine.” Woolf was ten years older than Sackville-West, and seemed to feel inferior to her lover, comparing herself unfavorably in a sexy 1925 diary entry:

Vita shines in the grocers shop in Sevenoaks…pink glowing, grape clustered, pearl hung…There is her maturity and full-breastedness: her being so much in full sail on the high tides, where I am coasting down backwaters; her capacity I mean to take the floor in any company, to represent her country, to visit Chatsworth, to control silver, servants, chow dogs; her motherhood…her in short (what I have never been) a real woman.

The two had other lovers, and Woolf, “as the older woman in the relationship,” the Virginia Woolf blog writes, felt “unwanted and dowdy” as Sackville-West strayed. But though the love affair ended, it not only produced a close friendship, but a novel, Woolf’s Orlando, which Vita’s son Nigel called “the longest and most charming love letter in literature.”

Their love and friendship will also soon produce a film, Vita and Virginia, directed by Chanya Button and written by Dame Eileen Atkins. And, if you were wondering what Vita and Virginia’s passionate exchanges would sound like in a 21st century idiom, have a look at “The Collected Sexts of Virginia Woolf and Vita Sackville-West” at The New Yorker. The eloquence of an epistolary romance may be a thing of the past, but email and text have their own efficient charms:

Cute. But what could ever replace one of Woolf’s last letters to her friend and former lover, written in 1940 while Britain endured German air bombardments: “there you sit with the bombs falling around you. What can one say– except that I love you and I’ve got to live through this strange quiet evening thinking of you sitting there alone. Dearest—let me have a line…You have given me such happiness….”