Can’t find a musical genre that fits the needs of your means of artistic expression? Then create your own. 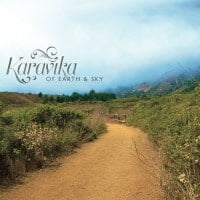 That’s What Karavika did, with their gorgeous and provocative debut, Sunrise ( Self Produced, 2012). Call it raga/chamber/folk music if you will, a blend of multiple influences from multiple cultures, with a South Asian foundation in Sri Lanka and India.

The disc opens with a nod to another genre-creator, with a distinctive version of poet Rabindra Tagore’s “Your Passing Touch,” an ode to romantic love. A mandolin intro sets an initial “Sketches Of Spain” mood that leads into the lilting strings and tabla that creates geography-less form of folk music. American roots are celebrated with “All The Pretty Little Horses,” an African-American lullaby, sung perhaps by slaves to the children of the masters. The group gives the tune a “raga” influence, and a melancholy mood, suggestive of the plight of the enslaved caring for the children of their owners while suffering separation from their own offspring.

“Raga Behag” seems to exist outside of temporal world, floating on eternal mists. “The Time Is Now,” is a song of eternal yearning love.

Roopa Mahadevan adds the traditional Carnatic vocals to “Raga Kalyani” and “Thillana Jaya Ragamalika, “the latter is a celebration and mysteries Eastern spirituality, a beautiful juxtaposition of the long elastic lines of the violin and cello against the glory of the human voice, punctuated by the immediacy of the Indian percussion. “The Young Leaves Of The Bodi Tree,” is a particularly poignant tune about Budha’s Mother crying as she considers the past lives of her son, with haunting, choir-like background vocals by Basu and Premawardhana, leading into the African-American Spiritual, “Oh, Watch The Stars,” featuring crystalline vocal harmonies, and a sound that—with the addition of the Jay Ganhdi’s bansuri (a South-Asian flute) to the mix—has a Scot/Irish feel, making a Chieftains/Karavika collaboration sound like an inspired idea.

When you’re making category-resistant music, the chances on hooking up with a record company are limited, even—as with Sunrise and Of Earth And Sky—magic is happening. The upside—you can follow your muses without interference, and craft something different and personal and lovely beyond words, as Karavika does. 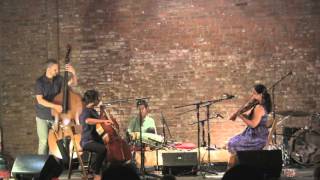 No Thoughts on Karavika: Of Earth And Sky – @All About Jazz0 (0)