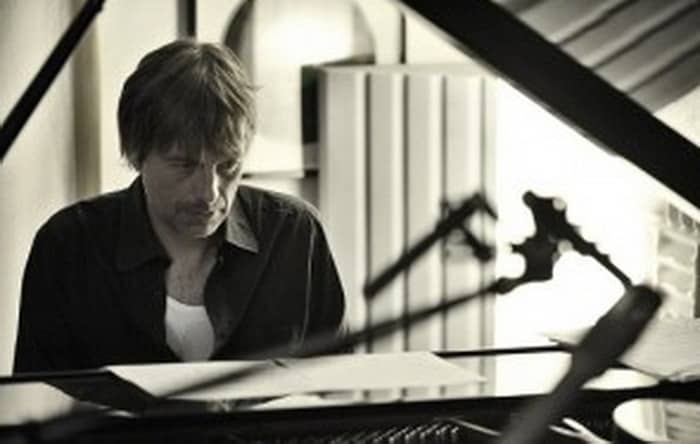 Scott Hamilton: Jan Lundgren: Swedish Ballads… and More… Quietly There – @All About Jazz0 (0)

The answer must be Very Likely, to judge from an excellent two-album reissue by Danish company Stunt Records. Hamilton and Allen are featured playing with quartets headed by Swedish pianist Jan Lundgren. Hamilton plays seven Swedish ballads; Allen nine songs byJohnny Mandel. The emphasis is on respectful interpretation as opposed to harmonic or melodic experimentation. The result: great jazz.

Long gone the days when John Coltrane would solo for 20 minutes at the Village Vanguard and the audience would shout “Amen!” when he finally ran out of steam. Today the “New Thing” is old hat. The kind of music that Hamilton and Allen play, once rather dismissively called “mainstream,” has won the day, quietly there indeed.

Hamilton, 12 years Allen’s senior, is the more forceful player. New Yorker Allen perhaps has the edge (though only just) when it comes to blowing a reflective, breathy ballad à laBen Webster. And all praise to Lundgren and Danish drummer Kristian Leth for great work throughout and for organising the sessions.

Hamilton kicks his set off with “Dear Old Stockholm,” originally “Ack Värmeland Du Sköna,”a folk song dedicated to the dubious delights of the Swedish province of Värmland. It was drummer Kenneth Fagerlund who had the idea of jazzing it up. Pianist Bengt Hallberg took the resulting chart to Stan Getz, who recorded it in 1951. The rest is history.

Hamilton does the song proud, his playing sometimes reminiscent of Ben Webster‘s. He includes a quote from George Shearing‘s “Lullaby of Birdland.” Lundgren plays some fine bluesy choruses, Jesper Lundgård contributes a bass solo, then Hamilton reprises the theme to bring things to a conclusion.

Clarinettist Olle Lind’s “Swing in F” was originally recorded by the Swingin’ Swedes in 1953 before being included on Teddy Wilson‘s album Swedish Jazz My Way in 1970. Hamilton gets quite funky on occasion on this one.

“Trubbel” is by Olle Adolphson, author of several books and singer/songwriter of yesteryear. It’s about love’s disappointments and defeats. Monica Zetterlund recorded a fine vocal version in the 1960s. Although primarily a writer, Adolphson had a gift for catchy melodies and is probably best remembered in Sweden for Det Gåtfulla Folket (The Mysterious People), a whimsical song about children and their games.

Quincy Jones wrote the gently swinging “Stockholm Sweetnin'” in 1953 during his visit to the Swedish capital with the Lionel Hampton big band. Despite Hamp’s ban on such activities, Jones and other band members would sneak past “guards” posted outside their hotel rooms to take part in the recording sessions with local musicians that helped to launch modern jazz in Scandinavia.

No album of Swedish jazz numbers would be complete without something by pianistJan Johansson. Hamilton obliges with one of Johansson’s lesser known pieces, “Blues i octaver (Blues In Octaves).” It is just that… or tries to be.

No album of Johnny Mandel’s music would be complete without his masterpiece, “The Shadow Of Your Smile,” used as the theme for the mid-sixties Vincent Minnelli movie, The Sandpiper, a tormented love story, starring Richard Burton and Elizabeth Taylor. Its beautiful melody lingered long after the film was forgotten but is so pervasive an unguarded listener expects Mandel’s other numbers to resolve into it.

Allen and Lundgren wisely save it almost—but not quite—until close of play, coming up with an extremely interesting treatment in which the pianist kicks things off without ever stating the oh-so-familiar theme until Allen is ready to join him in best, breathy Ben Webster mode.

Three of the numbers here were featured on an album Zoot Sims made forNorman Granz‘s Pablo label back in 1984, which was also titled “Quietly There.” Apart from the title track, the others were “Cinnamon And Cloves” and “Emily.” Comparisons, they say, are odious but it’s interesting to contrast Sims’ full-on, self-assured approach with Allen’s more cautious exploration of the tune. Sometimes his approach can be a tad academic, a legacy of his time studying jazz at Rutgers University, New Jersey no doubt.

“Quietly There” is more Lundgren’s number than anyone else’s. His intro brings to mind the standard “Day In, Day Out.” Allen’s confident solo shows the influence of both Zoot Sims and his old idol Stan Getz.

Left to last is that other well known Mandel number, the theme from the TV seriesM*A*S*H, “Suicide Is Painless.” Swedish bassist Hans Backenroth contributes a solo brimful of ideas before Allen and Lundgren bring the number to a rollicking conclusion.

Canadian jazz critic Gene Lees once wrote: “Stan Getz was once asked his idea of the perfect tenor saxophone soloist. His answer was, ‘My technique, Al Cohn’s ideas, and Zoot’s time.’ The fulfillment of that ideal may well be embodied in Harry Allen.”

But it’s Allen himself who should have the last word. It’s one that’s very applicable to this session. He says, “The important thing to me when I’m recording any song is to not lose the intention of the song. I’ll change some things around, but I try not to lose the overall picture.”

Tracks: Dear Old Stockholm; Swing In F; You Can’t Be In Love With A Dream, Trubbel; Stockholm Sweetnin’; Min Soldat (My Soldier); Blues I Octaver (Blues In Octaves).

Tracks: Sure As You Are Born; Emily; The Shining Sea; Quietly There; A Time For Love; Cinammon And Clove; The Shadow Of Your Smile; Just A Child; Suicide Is Painless.

No Thoughts on Scott Hamilton: Jan Lundgren: Swedish Ballads… and More… Quietly There – @All About Jazz0 (0)