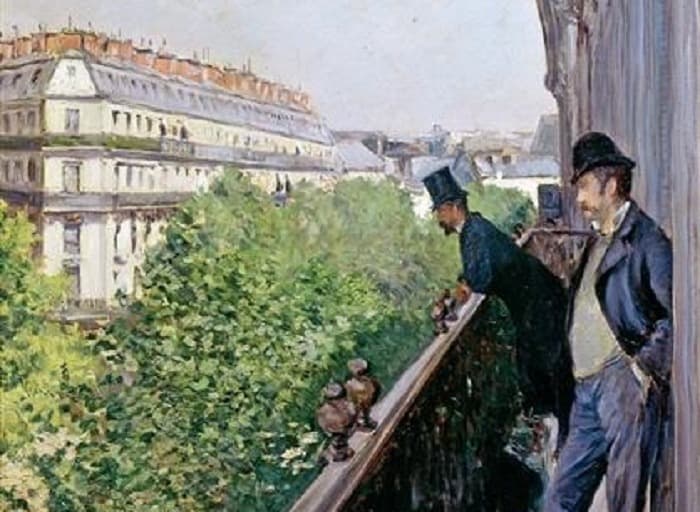 ‘Caillebotte, Painter and Gardener’ at the Thyssen – @The Art Wolf0 (0)

‘Caillebotte, Painter and Gardener’: Museo Thyssen-Bornemisza presents an exhibition devoted to one of the least known but also most original figures of the Impressionist movement. 19 July to 30 October 2016.

This summer, the Museo Thyssen-Bornemisza in collaboration with the Musée des Impressionismes Giverny is presenting an exhibition on the artist Gustave Caillebotte (Paris, 1848 – Petit Gennevilliers, 1894), one of the least known but also most original figures of the Impressionist movement. “Caillebotte, Painter and Gardener” reveals this French artist’s thematic and stylistic evolution, from his early works painted in Haussmann’s modern Paris to his depictions of gardens, which would come to occupy a significant part of his output.

Haussmann’s Paris, world of stone
Between 1852 and 1870, Paris was transformed by a major urban redesign scheme promoted and designed by Napoleon III and Baron Haussmann respectively, which contributed to the creation of a new, cleaner, more open and accessible city and one that became the European capital of modern art. Caillebotte lived in one of these new quarters and experienced the transformation of the city at first hand, while also depicting it in his work. In contrast to other contemporary artists, he avoided typical modern themes such as train stations, cafés and the city’s crowded leisure spots. Rather he focused his gaze on the true protagonists of the new city, its inhabitants, whom he perfectly observed and described. This room in the exhibition includes various canvases and preparatory studies of middle-class Parisians in top hats, in contrast to others of workmen and painters, revealing Caillebotte’s desire to reflect the different social classes that inhabited the city.

Sojourns in Yerres
For many years Caillebotte spent his summers in his family’s home in Yerres, a Neo-classical style house set in a large garden of the English type which he depicted on numerous occasions. It was in this setting that the artist discovered plein air painting and where he experienced the power of nature and the intensity of its colours and scents, embarking on what would be a profound dedication to painting gardens.

The Seine and the Exploration of Normandy
Following the sale of the family property in Yerres, in 1881 Caillebotte and his brother jointly acquired a property in Petit Gennevilliers on the banks of the Seine where the artist continued to focus on garden painting with true passion. Soon after moving into this new residence he had a garden and a vegetable plot laid out, to which he would devote much of his time and which became his two principal sources of inspiration.

The Garden at Petit Gennevilliers
In 1888, having bought his brother’s share in the house, Caillebotte settled there permanently with his partner Charlotte Berthier. He gradually enlarged the plot by buying adjacent ones until he owned a sizeable amount of land, to which he made changes depending on his taste and requirements.

Miniature Graphite Drawings by Mateo Pizarro – @This Is Colossal0 (0)

No Thoughts on ‘Caillebotte, Painter and Gardener’ at the Thyssen – @The Art Wolf0 (0)