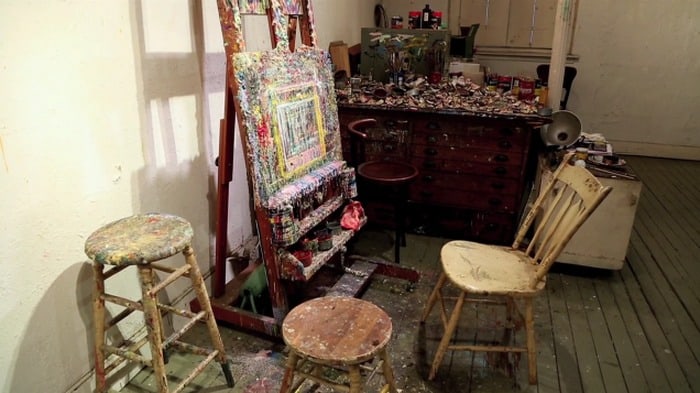 Casimir Nozkowski grew up in a building at 70 Hester Street on the Lower East Side of Manhattan. Before his parents occupied it in the late 1960s, the building had been a synagogue, a Prohibition-era distillery, and a raincoat factory. Before they moved out in 2012, Nozkowski “filmed the hell out of it” and made a short documentary about his childhood home.

My documentary is about my childhood home and how much of the past you could still see in it when we left. It’s about the development of a neighborhood a lot of lives have passed through and whether you can protect that legacy while still making room for new lives and new memories. In making my movie, I tried to follow some advice my mom gave me: “Don’t make a movie about moving out. Make it about how great it was to live here.” I like that sentiment but I couldn’t help wondering what was going to happen next to the old building I grew up in.