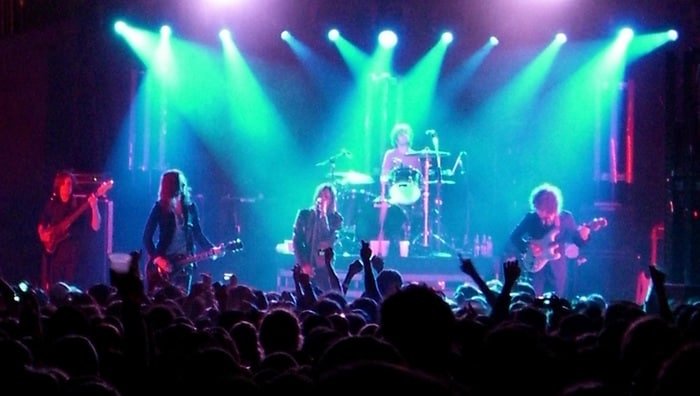 The Strokes headlined the Friday night festivities at this year’s Governors Ball in New York, and in addition to a career-spanning set that featured tracks off their new Future Present Past EP, the band also performed their cover of the Clash’s “Clampdown” for the first time in 12 years. 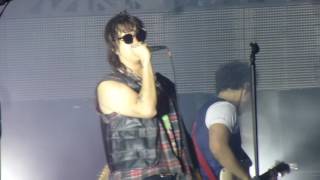 “Here’s a Clash song we used to cover. Thought we would do it again,” Julian Casablancas told the Randall’s Island crowd before launching into the London Calling classic. The Strokes performed “Clampdown” live over a dozen times in the early half of 2000s, but the Clash track hadn’t appeared in the band’s setlist since a July 2004 gig at Scotland’s T in the Park Festival.

The Governors Ball show also featured the Strokes’ first performance of First Impressions of Earth‘s “Red Light” since 2010. At the band’s warm-up show May 31st in Port Chester, New York, the band was in a similarly nostalgic mood, dusting off “Electicityscape” for the first time since 2006 and playing long-untouched tracks like “Evening Sun,” Ask Me Anything” and Is This It‘s “Trying Your Luck” and “Soma.”

Governors Ball continues Saturday with sets by the Killers, Haim and M83, while Kanye West, Death Cab for Cutie and Courtney Barnett will head to Randall’s Island Sunday.

The post: Watch the Strokes Cover the Clash’s ‘Clampdown’ at Governors Ball, was first published at: Rolling Stone

Allen Ginsberg on Being in the Closet, Coming Out to His Loved Ones, and How Buddhist Meditation (…) – @brainpickings0 (0)