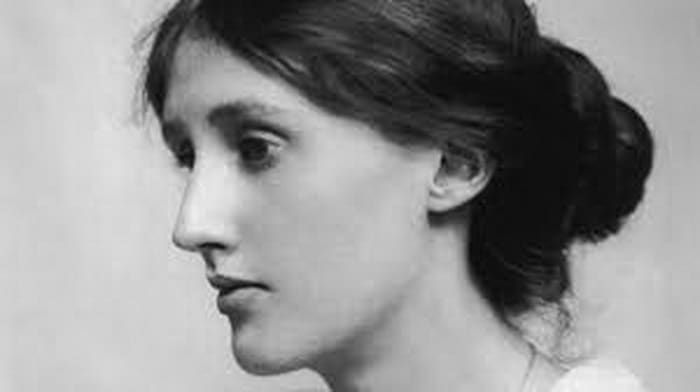 “If I could catch the feeling, I would; the feeling of the singing of the real world, as one is driven by loneliness and silence from the habitable world.”

There is a kind of loneliness that lodges itself in the psyche and never fully leaves, a loneliness most anguishing not in solitude but in companionship and amid the crowd. If solitude fertilizes the imagination, loneliness vacuums it of vitality and sands the baseboards of the spirit with the scratchy restlessness of longing — for connection, for communion, for escape. And yet it is out of this restlessness that so many great works of art are born.

“We have all known the long loneliness,” Dorothy Day wrote, but some — artists, perhaps — know it more intimately than others and few artists have articulated this knowledge with more stunning and stirring lucidity than Virginia Woolf (January 25, 1882–March 28, 1941). Loneliness permeates A Writer’s Diary (public library) — that abiding source of Woolf’s wisdom on such varied dimensions of existence as the paradoxes of aging, the elasticity of time, the key to lasting relationships, and the creative benefits of keeping a diary. In fact, it is precisely the transmutation of loneliness into connection to with the universal human experience that lends Woolf’s writing its timeless penetrative power.

In the late summer of 1928, a month before the publication of Orlando subverted stereotypes and revolutionized culture, 44-year-old Woolf found herself grappling once more with the yin-yang of loneliness and creation. In a diary entry penned at Monk’s House — the countryside cottage she and her husband had bought in Sussex a decade earlier, where she crafted some of her most beloved works — she writes:

Often down here I have entered into a sanctuary … of great agony once; and always some terror; so afraid one is of loneliness; of seeing to the bottom of the vessel. That is one of the experiences I have had here in some Augusts; and got then to a consciousness of what I call “reality”: a thing I see before me: something abstract; but residing in the downs or sky; beside which nothing matters; in which I shall rest and continue to exist. Reality I call it. And I fancy sometimes this is the most necessary thing to me: that which I seek. But who knows — once one takes a pen and writes? How difficult not to go making “reality” this and that, whereas it is one thing. Now perhaps this is my gift: this perhaps is what distinguishes me from other people: I think it may be rare to have so acute a sense of something like that — but again, who knows? I would like to express it too.

The following fall, thirteen days before the publication of A Room of One’s Own — that ultimate paean to the relationship between loneliness and creative vitality — Woolf revisits the subject in her diary, contemplating the strange ways in which we deny or confer validity upon our loneliness. Loneliness, after all, is an interior chill independent of externalities and often thrives precisely when our circumstances appear most enviable to the outside world — a warping of reality that is itself intensely, almost unbearably real. Woolf writes:

These October days are to me a little strained and surrounded with silence. What I mean by this last word I don’t quite know, since I have never stopped “seeing” people… No, it’s not physical silence; it’s some inner loneliness.

And yet for Woolf, this lonely silence is inseparable from the creative impulse. Half a century before Adrienne Rich asserted that “the impulse to create begins — often terribly and fearfully — in a tunnel of silence,” Woolf illustrates this nuanced feeling with a lived example:

I was walking up Bedford Place is it — the straight street with all the boarding houses this afternoon — and I said to myself spontaneously, something like this. How I suffer. And no one knows how I suffer, walking up this street, engaged with my anguish, as I was after Thoby [Woolf’s brother] died — alone; fighting something alone. But then I had the devil to fight, and now nothing. And when I come indoors it is all so silent — I am not carrying a great rush of wheels in my head — yet I am writing… And it is autumn; and the lights are going up… and this celebrity business is quite chronic — and I am richer than I have ever been — and bought a pair of earrings today — and for all this, there is vacancy and silence somewhere in the machine. On the whole, I do not much mind; because what I like is to flash and dash from side to side, goaded on by what I call reality. If I never felt these extraordinarily pervasive strains — of unrest or rest or happiness or discomfort — I should float down into acquiescence. Here is something to fight; and when I wake early I say to myself Fight, fight. If I could catch the feeling, I would; the feeling of the singing of the real world, as one is driven by loneliness and silence from the habitable world… Anything is possible. And this curious steed, life, is genuine. Does any of this convey what I want to say? But I have not really laid hands on the emptiness after all.

A Writer’s Diary remains one of the most psychologically insightful and beautifully crafted packets of human thought and feeling ever bound between two covers. Complement this particular portion with Sara Maitland on how to be alone without being lonely and David Whyte on the transfiguration of aloneness, then revisit Woolf on why the most fertile mind is the androgynous mind and her electrifying account of the epiphany that taught her what it means to be an artist.