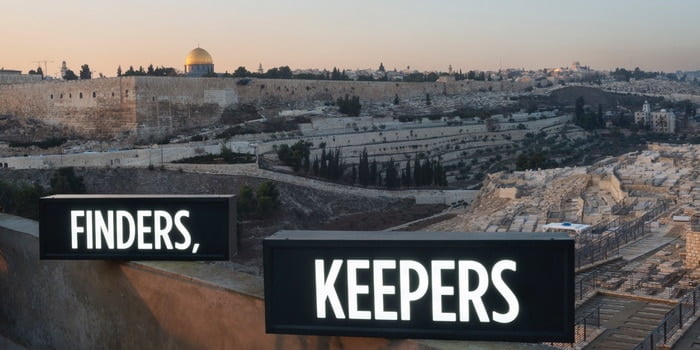 The Ineffectiveness of Words and Other Boundaries – @ Hyperallergic
0 (0) The recently closed exhibition by Shimon Attie at Jack Shainman gallery is the documentation of a peculiar work made two years ago and installed in contested locations in Israel and the Palestinian Territories. The work from 2014 consists of about 30 light boxes of illuminated text inserted in particular sites primarily in and around Tel Aviv, Jerusalem, the Negev desert, and in the occupied West Bank. The boxes were staged in order to be photographed. The photographic documentation is a key component of the work, because in the endless proliferation of these images through digital platforms, these spaces may retain the vestiges of the original installation. With this project, Attie is literally making new memories for his viewers to associate with Israel and Palestine. A concern with the relations between place, memory, and identity has long been a part of Attie’s practice. He has projected the digitized photographs and speech of previous and longtime residents of neighborhoods that have been historically shaped by their immigrant populations. These site-specific projects consisting of apparitions installed to haunt the citizens of Rome, Berlin, New York, and Copenhagen, are poignant and lovely, giving viewers a sense the past being an irrepressible part of the present. But with this exhibition, Facts on the Ground, initially I’m not sure what these words are supposed to do. Are they commentary? Are they correctives? Are they provocations? The gallery’s press release characterizes the words as “poetic interventions,” but that’s no clarification. There are mostly phrases (in all caps): “All of One’s Fears; Land Lord; A Problem in Logic; Something Abnormal; Striking Gold; Finders, Keepers.” The “Land Lord” phrase is clearly a play on the twinned seemingly intractable issues that have plagued the region — the religious beliefs that organizes people’s lives and the property where these lives are lived. There’s something smug about that phrase, slightly self-satisfied, but the “Finders, Keepers,” puts this editorializing on different footing. These words illustrate how the conflict between Israel and Palestinians gets reduced to overly simplistic, juvenile terms. With this phrase the absurdist, irrational hole opens up: the words that are mobilized around the conflict, that are used even to describe it to others not directly involved are crucial shadings of meaning. The Palestinian lands are “annexed,” or are “occupied” or “stolen.” Palestinians are “displaced” or “the resistance” or “stateless.” Even the borders of the state of Israel are contested, particularly since those recognized by the United Nations are not necessarily the same as those the state claims for itself. Yet, there is the other side, where words seem useless in the face of deeply embedded beliefs, familial and ethnic solidarity, the mobilization of war machines. Then there is the goading of that word “Facts,” in the show’s title, which, in US public discourse depending on the context, instead of settling arguments, merely fans them into blazing conflagrations despite the stakes being not nearly as high as they are in Israel and Palestine. Facts on the Ground is a puzzling and intellectually rankling show because it reminds us, that is, everyone who employs language to makes sense of the world around us, particularly in relation to power, that language has some profound limitations. There may be some conflicts that lie beyond the ministration of language, some we cannot talk our way out of.

The Magic of the Book: Hermann Hesse on Why We Read – @brainpickings
0 (0)