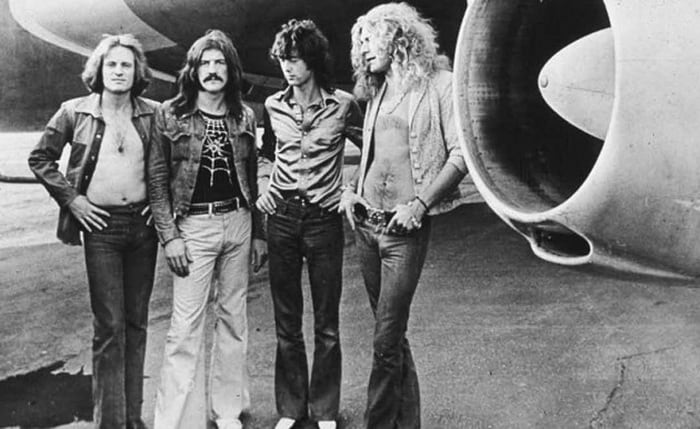 Led Zeppelin‘s classic Stairway to Heaven has had its true authorship called into question with a lawsuit accusing Jimmy Page and Robert Plant of lifting a chord progression from deceased Spirit founder Randy California. Here’s a timeline of events leading up to the trial.

Jan. 22, 1968: Spirit release their self-titled debut album, including the instrumental “Taurus” — which contains the chord progression that would later sit at the heart of the plagiarism lawsuit against Led Zeppelin.

Nov. 8, 1971: “Stairway to Heaven” makes its recorded debut on the untitled album typically referred to as Led Zeppelin IV.

May 16, 2014: Founding Spirit bassist Mark Andes files the lawsuit through California’s estate, seeking to prevent a scheduled reissue of the Led Zeppelin IV and have the songwriting credits for “Stairway to Heaven” amended.

May 25, 2014: Francis Malofiy, a lawyer representing the California estate, is admonished by a judge in a separate case, who describes Malofiy’s actions as the “paradigm of bad faith and intentional misconduct” and hints that he might deserve to be disbarred.

October 18, 2014: Zeppelin’s attorneys try to have the case thrown out over a question of jurisdiction, arguing that because Page and Plant are “British citizens residing in England, own no property in Pennsylvania and have no contacts with Pennsylvania,” they shouldn’t be compelled to stand trial. Their efforts are unsuccessful.

May 8, 2015: Over the plaintiff’s objections, a change of venue is ordered, moving case proceedings from Philadelphia to Los Angeles.

May 26, 2015: The Led Zeppelin legal team files an official response to the lawsuit, which unsurprisingly disputes the California estate’s claims … while admitting that the members of the band are, in fact, “exceptionally talented.”

January 14, 2016: Zeppelin’s lawyers tried and failed to have the case dismissed on the grounds that the California trust is allegedly not legally valid.

February 10, 2016: The California estate’s attorneys were dealt a setback after requests for a delay in order to allow them further time to analyze the master recordings relevant to the case — and Zeppelin’s lawyers added insult to injury by dismissing their claim as “baseless.”

February 28, 2016: Page insisted that, while Led Zeppelin at one point shared a concert bill with Spirit — and he had albums by the ban in his record collection — he’d never heard “Taurus,” the Spirit song he stood accused of plagiarizing for “Stairway to Heaven.”

April 13, 2016: The judge presiding over the case ruled that it would go to trial — over the longstanding objections, and years of maneuvering, by Zeppelin’s attorneys.

May 4, 2016: Rumors surfaced that there was a potential deal on the table settling the suit for a $1 ceremonial judgment — and an amended songwriting credit for “Stairway to Heaven” that would list California as one of its composers going forward.

May 24, 2016: Zeppelin’s attorneys complained that lawyers for the California estate were “playing to the press” and “tainting the jury pool.”

June 14, 2016: Trial proceedings started. Jury selection was completed after seven of the first 14 potential jurors were dismissed, including one who professed his undying love for the music of Led Zeppelin.

June 15, 2016: Page takes the stand (contrary to earlier reports suggesting he and Plant wouldn’t be present) during the first day of the trial — during which he revealed the massive size of his music collection and the plaintiff’s lawyers risked a mistrial by playing a video that wasn’t part of the joint list of exhibits submitted beforehand.

No Thoughts on Courthouses of the Holy: Everything You Need to Know About the Led Zeppelin ‘Stairway to Heaven’ Trial – @UltimateClassicRock
0 (0)