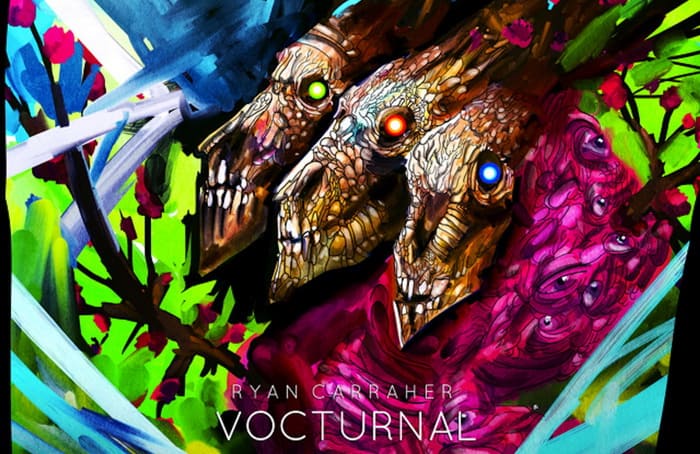 Guitarist and composer Ryan Carraher is blessed with an enormous technique and a fertile and inventive musical mind (having received the Achievement Award from the guitar department of the Berklee College of Music), which is doubly impressive in one so young.

Carraher states that the compositions in Vocturnal “are heavily inspired by the classical composers of the 20th century (Messiaen, Schoenberg, Berg, Stravinsky, etc.) and the expressive freedom of jazz.” In this he has beautifully succeeded, but what is especially fascinating is that his music has the sound of familiarity about it (from the point of view of modern chamber jazz) while simultaneously possessing an other-worldliness that sets it apart. It is obviously connected to the jazz happening now and yet sounds resolutely new and fresh.

Supporting Carraher’s guitar is the very fine rhythm section of drummer Steve Wilkinson, bassist Greg Toro and keyboardist Evan Waaramaa, plus alto saxophonistBrandon Wilkins. Carraher’s light touch and guitar sound is echoed by Wilkins soft-edged saxophone and Waaramaa’s Fender Rhodes sounds (which seem to fit much better than piano would), as well the subtle drums and bass of Wilkinson and Toro. Stylistically, Carraher is completely free rhythmically and plays lines which many times sound like two instruments answering each other, with wide interval jumps and directional changes which surprise. His compositions “float” harmonically and can be quite beautiful melodically.

The album consists of eight tracks of which three, “Equuleus,” “Sagitta” and “Aquila” (placed first, in the middle and last) are short and more experimental and act as an acidic contrast to the longer pieces which take their time in drawing one into the music in a sort of hypnotic manner. “9 Thermidor” and “Pangolin” could be thought of as the most traditional pieces, since in both melody, harmony, rhythm and structure sound closer to straight jazz, the former a very pretty ballad and the latter having a nice swing.

At over fourteen minutes, “Valantis” is by far the longest track, taking its time to weave its musical web, inviting one to give in to the flow and for time to stop. Exceedingly attractive and subtly sexy with its undulating harmony and rhythm, with no particular structural signals, the piece becomes a major statement in extended melodic sound painting. Both “Vocturnal” and “Gdansk” have Carraher’s signature angular lines, with the latter being the record’s most overtly subtly burning track.

Definitely someone to watch, Carraher has made a real statement with Vocturnal; there is surely much more music to come from this highly talented player and composer. 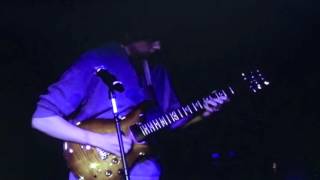