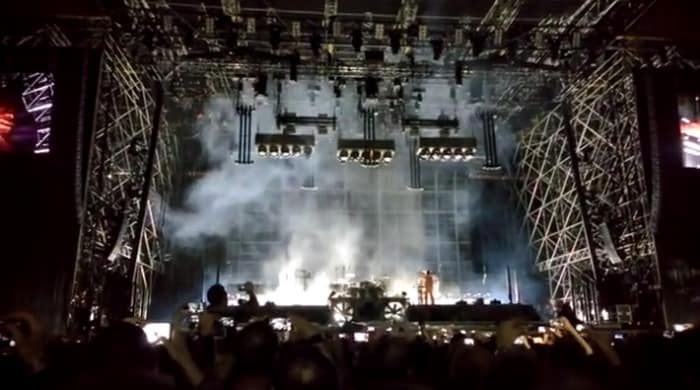 How do you say “hooray” in German? The German industrial powerhouse Rammstein haven’t released an album since 2009’s Liebe Ist Für Alle Da. Now the anticipation is at an all-time high as they’ve offered the first taste of new music at the Gods of Metal festival in Monza, Italy.

Performing a headlining set at the fest, Rammstein took the stage with a countdown clock ticking down against a black curtain. When the curtain dropped, a slow, plodding buildup increases the tension as the band slowly come together. Eerie electronic melodies come in followed by a stomping rhythm and eventually chugging riffs. Following a pyrotechnic explosion, Rammstein kick into a higher gear, but pause once again.

Frontman Till Lindemann tosses an explosive in the air and a hi-hat count beckons for the explosive energy to be resumed. Throughout the song, the hulking frontman makes references to previous song titles and the chorus sees a sort of chant involving the band’s name. For comparison, the lyrical task is comparable to Megadeth‘s “Victory” off Youthanasia.

The song does not have an official title, through the video labels it “Ramm4″ as does the detailing of their setlist. It is no surprise Rammstein are poised for a comeback after regrouping in October of last year stating they’re “back on” following a short hiatus. The band is expected to make a return to the studio, though no concrete information concerning a timetable for the release has been made available as of yet. 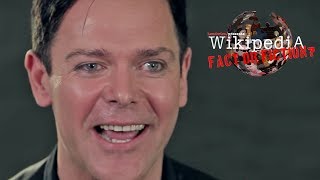 Rammstein will be headlining the inaugural Chicago Open Air festival this summer. For a full list of festivals, head to our 2016 Guide to Rock + Metal Festivals.

The post: Rammstein Unveil New Song at Gods of Metal Festival, was published at: Loudwire

The Demands of Reason and Love: Leo Tolstoy on Human Nature – @brainpickings0 (0)