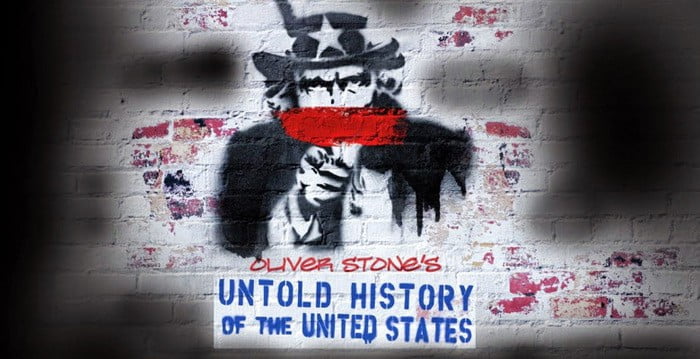 The Nantucket Film Festival honoree got honest with Eugene Jarecki during a wide-ranging talk about what movies can (and cannot) do. Oliver Stone would be the first person to tell you that the power of cinema is ephemeral — “beautiful ephemera,” in his own words, but ephemera nonetheless — but that doesn’t mean the filmmaker behind such landmark films as “JFK” and “Born on the Fourth of July” doesn’t also believe that movies can leave their mark on the world.

Stone is all over this year’s Nantucket Film Festival, where he was honored over the weekend with the festival’s prestigious Screenwriters Tribute Award. At the Saturday night event, Stone accepted his honor from fellow filmmaker Bennett Miller, before using his acceptance speech as a time to reflect on his career and what’s next.

It was a fine warmup for Sunday morning’s main event, during which Stone took to the stage of Nantucket High School to participate in an hour-long “In Their Shoes” chat as led by documentarian Eugene Jarecki. The signature Nantucket series aims to cover the full scope — or as much is possible in a one-hour chunk — of an honoree’s career. Jarecki, who made it clear from the start of the chat that he considers Stone both a friend and a mentor, was eager to dig into Stone’s ability to find the truth, no matter how hard, in his films.

For self-professed “dramatist” Stone, however, the truth isn’t easy: His kind of filmmaking is a tough business and always has been. “You get very down at times. Ask my wife, I can’t get out of the bed in the morning sometimes, getting a foot out of bed. The sense of defeat. Certainly, making a documentary like ‘Untold History,’ which took me five years, you knew you’re not going to win. It’s a non-profit deal all the way,” Stone said when asked by Jarecki about how he processes the often terrible things — many of them historical in nature — that he dramatizes and documents in his films.

His newest film, the Joseph Gordon-Levitt-starring “Snowden,” was almost a victim of that kind of thinking.

“You can depress the shit out of yourself and die. ‘Snowden’ came up and I didn’t want to do it, because it was too controversial and I thought, ‘This is gonna never happen. It’s gonna be sued, lawsuits, this, that.’ It may not end well, but I am hoping it will, because we’ve worked very hard to make this film over the last two and a half years,” Stone said.

Stone eventually found parallels between Edward Snowden’s story and other real lives he’s put on the big screen, the kind of stories he’s long found fascinating to make into movies.

“I know it’s a big, important message to many people, but it was done with the idea that this is a great story because it is a thriller. And how he finds this information out and how he starts as a young man, where he goes, much resembles the Ron Kovic story in ‘Born on the Fourth of July,’” Stone said. “Born On the Fourth of July”

It’s no secret that the journey to the big screen has been a very hard one for Stone and his fact-based recounting of the controversial whistleblowing story.

“We were turned down by every studio, that’s not easy for me. Every studio. We were financed out of France and Germany. A small North American distributor that did ‘Spotlight’ last year, Open Road, came in with us. It’s a journey, it’s been a long one,” Stone explained.

He also clarified why the film was made in Germany after an audience member asked if it was government pressure (specifically from the NSA) that pushed “Snowden” to be made out of the States.

“We never got pressure from the NSA, that we know of. The pressure was self-censorship on the part of the studios. We sensed a hostility to the subject matter because of the polling on Snowden in this country, it was quite far weaker than in Europe. There was much more acknowledgment [of the story’s importance] in Europe, Germany especially, because they’d been through the Stasi and the Nazi societies. They were much more welcoming,” Stone said.

He also explained why the choice to move the production to Germany helped the seemingly plagued picture stand even a chance of getting made.

“It was my producers’ concern that something would happen and derail [the film]. As it is, we already had tremendous difficulties getting insurance. You need insurance to make a movie. We couldn’t get insurance, so we had to go to an Australian company. I don’t know why they did it. My producer was literally on the phone sometimes with seven countries and ten, twelve bankers and lawyers trying to make these deals work. A nightmare movie to finance,” Stone said.

Stone is hopeful that his “Snowden” gamble will pay off, and he’s putting his faith in the American people to make it a reality, even amidst a current climate that doesn’t feel very receptive to it.

“I have an inherent belief in the American people, that [they] would like this film, would like the common sense of it and would follow it. The government has come down heavily, and Obama has been most difficult about this, he’s prosecuted seven whistleblowers under the espionage act, which is unheard of in our history. It’s an uphill battle, but I really think the people can united and come around on this. Not all, a majority,” Stone said. It’s a hope that seems hard-won, as Jarecki later asked Stone about his thoughts on the lasting social impact that films can have on their audience, to which Stone replied, somewhat unexpectedly, “I’m not sure they have much at all.”

He continued, “I resigned myself to that answer awhile ago. You accept the limited people who are going to respond and do something. People forget movies. We musn’t forget that repetition works in the real world, and when you get the same newscast over and over again, the same words used, the government says this and this, they have the power of repetition that we don’t have, there’s no way that your message can override theirs.”

The Evolution of Dressmaking, from Hand- to Machine-Made – @Hyperallergic0 (0)