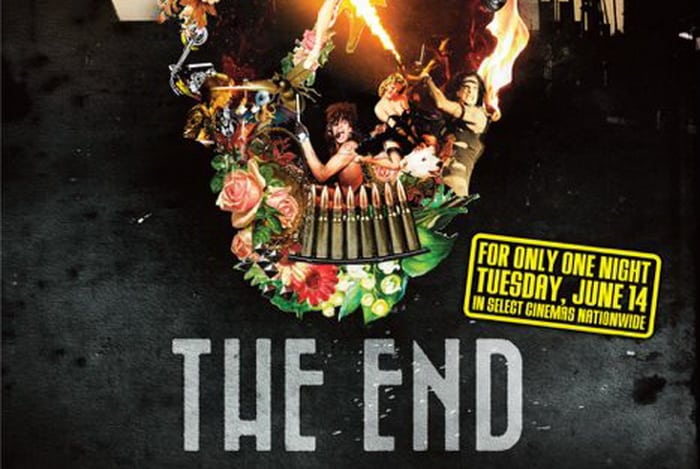 Nikki Sixx has accused the music press of focusing on the “drama” behind MOTLEY CRUE‘s final tour and not celebrating the “beauty” of the band’s last-ever performance, as captured in the group’s new concert movie.

Sixx made headlines this past week when he echoed Tommy Lee‘s recent comments about not seeing his MÖTLEY CRÜE bandmates since their farewell tour ended in Los Angeles on New Year’s Eve.

In “The End”, the movie documenting that night, Nikki said: “We don’t hang out now. We go on stage like madmen. But we don’t hang out. We don’t go to dinner, we don’t go to each other’s houses for Christmas. We’re not enemies, but we’re not friends. I’ll probably never see them, except in passing.”

Now, in a new statement posted on his Facebook page, Sixx took the press to task for trying to stir up controversy with its coverage of the film’s release, explaining that “there is a whole story here to be told through music and lyrics.”

Said Sixx: “MÖTLEY CRÜE has always been about passion. We did things our way and ended it honestly ‘our way.’

“The press has obviously seen a screener of our last show, ‘The End’, and is only using the parts of interviews that push drama for them and aren’t concerned with the millions of fans and the beauty of our last show together. You can’t wrap up a 35-year career with a couple soundbites to get attention for your websites and programming.

“‘The End’ is a combination of everybody’s hard from production people, crews, managers, agents and the band but the most important aspect is the fans. There is a whole story here to be told through music and lyrics. Can’t wait for it to come out so we can get back to the music and show.”

“The End” will be screened in selected theaters on June 14, with a DVD release expected later. The 140-minute film includes footage from the CRÜE‘s farewell show on December 31, 2015 at the Staples Center along with “exclusive interviews and behind-the-scenes footage of the last week of the tour.” 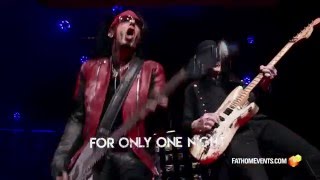