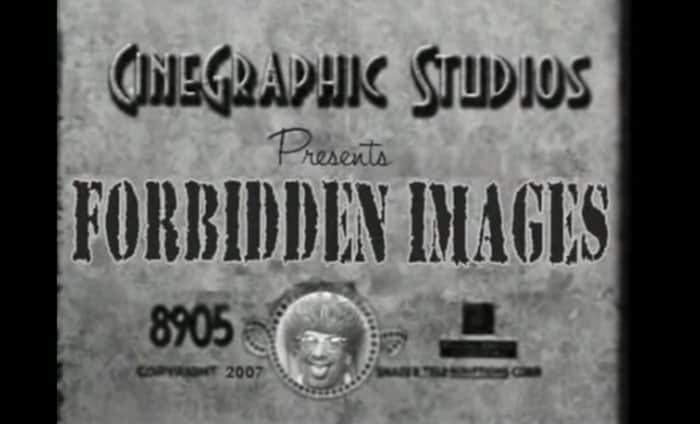 Last night I caught a screening of Park Chan-wook’s new movie The Handmaiden, whose daringly frank love scenes — by the standards of mainstream cinema, at least — have already drawn no small amount of international notoriety. That goes especially for a once censorship-heavy country like South Korea, where The Handmaiden came from and where I saw it. But it also comes just as one more push of the envelope in the process that has been broadening the range of “acceptable” imagery for high-profile productions ever since the birth of the medium. You can get a sense of just how much it has accomplished by watching “Forbidden Images,” the four-minute compilation.

“I made this film for the 2007 edition of the 72 Hour Film Fest in Frederick, MD,” writes its uploader, “These scenes come from a reel of 35mm nitrate that was discovered in the projection booth of an old movie theater in Pennsylvania. The projectionist spliced together this reel of banned, censored scenes to meet local moral standards or for late night, ‘personal’ screenings.” And what does this distillation of pure cinematic scandal show us? Bathing beauties, jubilating flappers, fainting damsels, whirling lady dervishes, skirts flying in the wind, and a whole lot of feet, most of them still shod — a far cry from what most of us, absent very specific desires indeed, would consider forms of titillation today.

Yet at the time, “Forbidden Images” tells us, filmmakers and theater owners had to cut out these shots lest they face arrest. But what films did they have to cut them out of? The video’s commenters on Youtube have identified scenes from Fritz Lang’s Metropolis and Greta Garbo in The Temptress, and a 1926 picture called The Black White Sheep. We may laugh at what people in the silent era considered unshowable, but this compilation presents us with the unavoidable question: “Will our current forms of censorship and moral standards appear just as ridiculous to future audiences?” After all, we can always push the envelope a little further — and thus far, we always have.