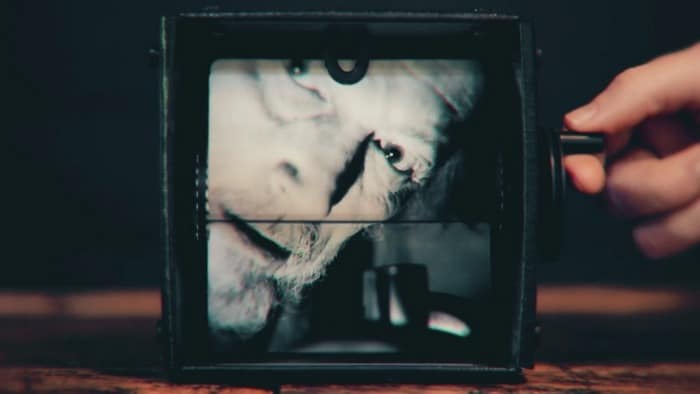 A foundational story of modern culture, told from the point of view of an abandoned son and viewed through an antiquated device.

“Muybridge was a doorway, a pivot between that old world and ours, and to follow him is to follow the choices that got us here,” Rebecca Solnit wrote in her masterwork about how Eadweard Muybridge annihilated space and time by inventing motion pictures.

That weird and wondrous doorway is what filmmaker and animator Drew Christie (who previously animated my essay on wisdom in the age of information) explores in The Emperor of Time — a dreamlike short film, part fiction and part nonfiction, about Muybridge’s odd and momentous life, told from the point of view of his abandoned son and viewed entirely through a mutoscope, an early motion picture device invented by animation pioneer Winsor McCay.

I’ve heard it said that in Ancient China, the emperor owned time — for all his subjects, their time was not their own but his. He could set the calendar to whatever he wanted, make hours or days as short or as long as he wanted.

My father was also an emperor of time. He was the first man who stared at time itself and said: “Stop.”

Complement with Solnit’s indispensable treatise on Muybridge and his cultural legacy, then revisit Christie’s lovely animated short film about Mark Twain and the illusion of originality.

No Thoughts on The Emperor of Time: A Dreamlike Short Film About Motion Picture Pioneer Eadweard Muybridge – @Brainpickings
0 (0)