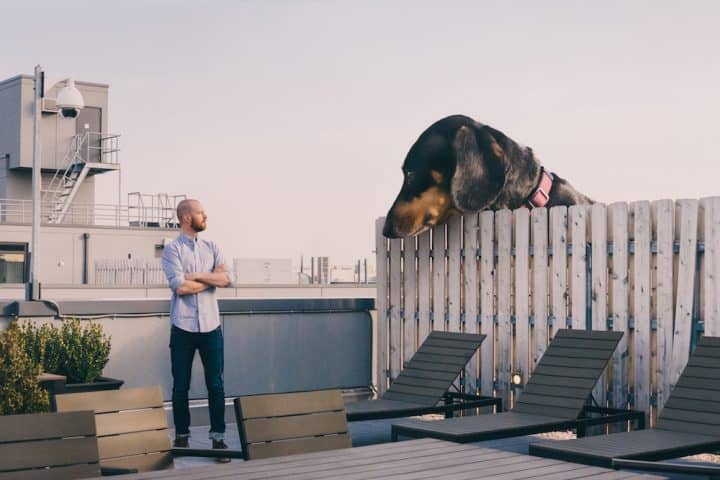 Writer, photographer, illustrator, and director Mitch Boyer got the idea to Photoshop his tiny dachshund Vivian to an enormous scale after wanting to see her portrayed the same size of her mammoth personality. The idea was so entertaining he decided to turn the series of digitally manipulated images into a children’s book titled “Vivian the Dog Moves to Brooklyn” which depicts the pair’s own move to the city just a couple of years prior.

Knowing that each year over 5.5 million kids between the ages of one and nine move to a new home in the United States, Boyer decided to format the book as a tool to help children feel more comfortable during periods of relocation and transition. The 32-page book will feature Vivian as a six-foot-tall version of herself, adjusting to life in Brooklyn alongside Boyer and meeting some furry friends along the way.