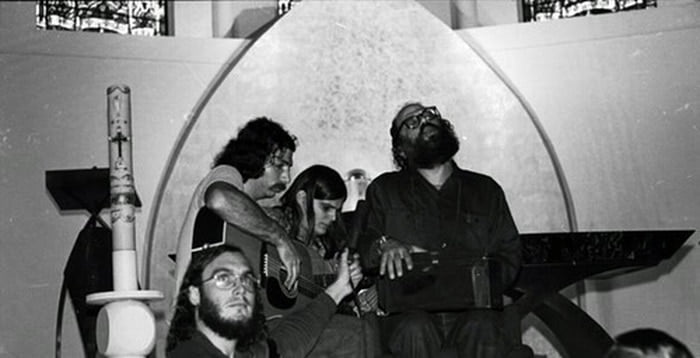 Allen Ginsberg on Being in the Closet, Coming Out to His Loved Ones, and How Buddhist Meditation (…) – @brainpickings
0 (0)

“Wanting approval … is a kind of aggression.”

Legendary Beat poet and LGBT icon Allen Ginsberg (June 3, 1926–April 5, 1997) endures as one of the most visible and vocal spokespeople for the queer community. Out since before Stonewall, he referred to the lifelong love he shared with his partner, the poet Peter Orlovsky, as their “marriage” half a century before marriage equality entered the global human rights agenda. So it is both strange and strangely assuring to learn that even Ginsberg was once in the closet, struggled with the fear of ridicule and intolerance, and had to undertake the painful, transcendent process of coming out to his loved ones as he came into himself.

In this excerpt from a 1978 interview from the program Stonewall Nation on Buffalo’s public radio station WBFO-FM, preserved by the terrific PennSound archive at my alma mater — which also gave us Adrienne Rich on love, loss, and public vs. private happiness and Gertrude Stein on understanding and joy — the beloved Beat discusses his experiences of coming out to his friends and family, and how his Buddhist meditation practice helped him recognize the artificiality of outside approval and rejection in inhabiting one’s inner reality:

In another excerpt from the same show, Ginsberg recounts his experience of being in the closet as a young gay man and timorously coming out to Jack Kerouac, on whom he had a crush and who welcomed the uncomfortable revelation with great graciousness and friendliness:

Complement with Ginsberg’s performance of Blake’s “Songs of Innocence and of Experience” and his favorite borscht recipe, then revisit the greatest queer love letters and these archival photographs of the world’s first Pride parades.

O artigo: Allen Ginsberg on Being in the Closet, Coming Out to His Loved Ones, and How Buddhist Meditation Helped Him Stop Seeking Approval, foi publicado em: brainpickings

The post: Allen Ginsberg on Being in the Closet, Coming Out to His Loved Ones, and How Buddhist Meditation Helped Him Stop Seeking Approval, was published at: brainpickings

No Thoughts on Allen Ginsberg on Being in the Closet, Coming Out to His Loved Ones, and How Buddhist Meditation (…) – @brainpickings
0 (0)