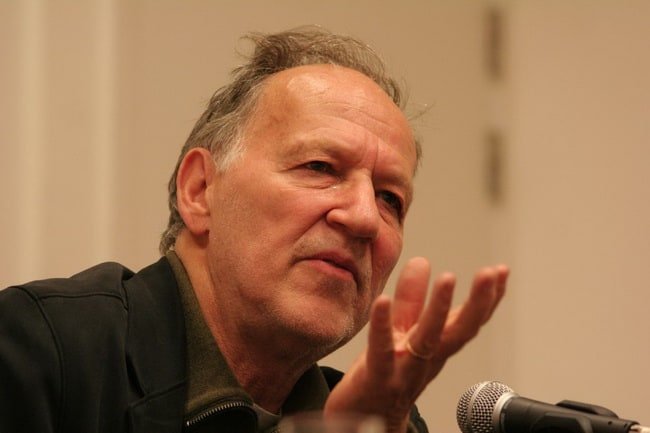 One hears much, these days, about the missions of new tech companies to “disrupt” existing industries, from retail to publishing to taxi cabs to education. We’ve regarded that as primarily the domain of Silicon Valley twentysomethings, but why can’t a German filmmaker with a nearly 55-year career under his belt get in on the action? Werner Herzog, having already done much to disrupt film as we know it, has in recent years turned his attention toward disrupting film schools, which compose an industry not especially compatible with his own vision of the honest and rigorous craft of cinema.

We’ve featured Herzog’s in-person Rogue Film School workshops before, but now,according to Entertainment Weekly‘s Derek Lawrence, “online education platform MasterClass announced that Herzog will teach an online class on feature and documentary filmmaking, where the various lessons will include storytelling, cinematography, interview techniques, and how to work with actors.” The article quotes the maker of features like Fitzcarraldo and Aguirre, the Wrath of God and documentaries like Little Dieter Needs to Fly and Grizzly Man offering something like a mission statement: “Ultimately, my own goal is to be a good soldier of cinema and if I can inspire one or two of you out there, to become a good soldier, then I have done everything I should do here.”

You can learn more about Masterclass from the New York Times‘ Laura M. Holson, who describes the enterprise, the brainchild of Los Angeles-raised Silicon Valley entrepreneur David Rogier, as “a series of online courses taught by people who are the best in the world at what they do,” including Kevin Spacey on acting, Annie Leibovitz on Photography, James Patterson on bestseller-writing, Serena Williams on forehands, and Werner Herzog on filmmaking. Herzog’s course begins this summer and costs $90 — hardly free, unlike many online courses featured on our site, but far cheaper than any conventional film school, or even the $1500 Rogue Film School.

“You spend way too much time in the film school, it costs way too much money,” says the self-taught filmmaker in the course’s trailer above. “You can learn the essentials of filmmaking on your own within two weeks.” Or, in the format that MasterClass has developed as they go along just like Herzog did when he first began making movies (and, given his enduring inventiveness, continues to do today), you can ostensibly learn it in five hours of online video. You may not capture any of Herzog’s beloved “ecstatic truth” immediately afterward, but you’ll surely get your fee’s worth of thrilling stories of the filmmaking life along the way.  You can pre-enroll in his course here.

The post: Werner Herzog Will Teach His First Online Course on Filmmaking, was published at: Open Culture