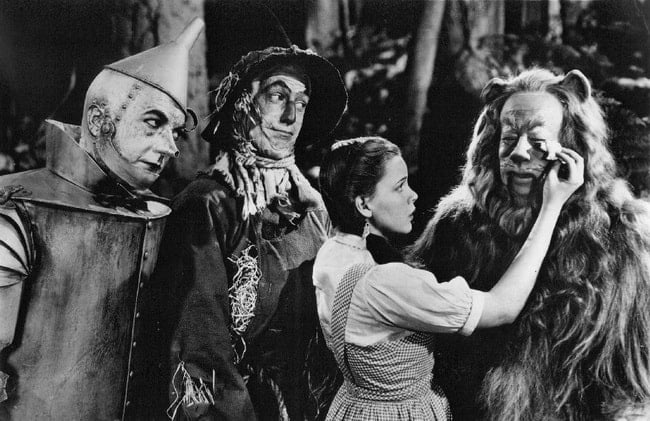 Back in 2001, Matt Bucy had the inspiration to do something truly original — take the entire Wizard of Oz, cut it up, and put it back together–this time in alphabetical order. And that’s precisely what he did several years later, in 2004. A coder, Bucy created an app that made it easy to deconstruct the beloved 1939 film. He told Vox:

That [app] spit out a big text file with all the words and their locations in the film, which I then imported into a spreadsheet, sorted in alphabetical and then chronological order, and fed into another little program that took the sorted list and produced the edit. So basically, it was edited in Excel….

All told, I think it took about seven days spread out over a couple of months. Disassembly was mind-bending in itself. It was literally hard to talk after moving word by word, or syllable by syllable, through the film. English stopped sounding like language, and at times I had to stop because I could not figure out what a word was — I just couldn’t hear it right.

When finally alphabetized, the film, says Bucy, had a surprising energy to it. A certain je ne sais quoi. Yes it’s hard to describe. Maybe you can put your own words to it.

In 2016, Bucy finally made the alphabetized Wizard of Oz available to the rest of world. You can watch it here. And do heed the warning above.

O artigo: The Wizard of Oz Broken Apart and Put Back Together in Alphabetical Order, foi publicado em: Open Culture

The post: The Wizard of Oz Broken Apart and Put Back Together in Alphabetical Order, was published at: Open Culture