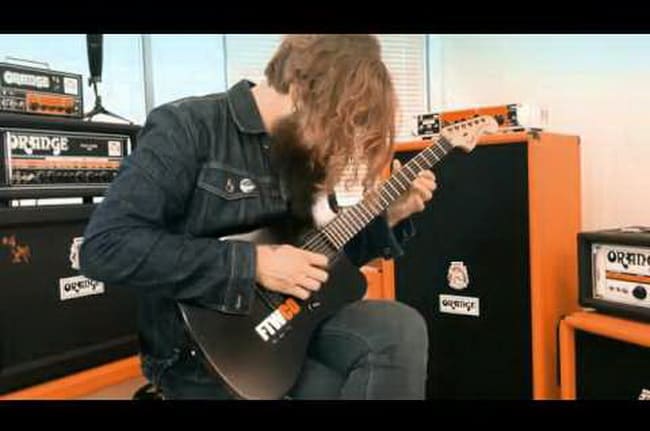 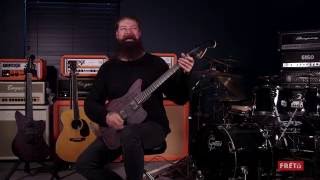 We’ve got an awesome premiere to share with you from Slipknot guitarist Jim Root and Fret12. In this new video, fans can take a free lesson from Root on how to play Slipknot’s “The Devil in I.”

Jim Root is one of the latest musicians to star in a Fret12 The Sound and the Story DVD, which covers .5: The Gray Chapter in full. Not only will fans get the entire story behind The Gray Chapter, but Root offers tutorials on how to perform his own parts.

For this tutorial, Root busts out his beautiful Fender Sandblasted Jazzmaster in rich red mahogany. “The Devil in I” is a fairly straight-up Slipknot cut, focused heavy on groove and atmosphere. In this clip, you can see first-hand how important Root’s vibrato is to the song’s unhinged tone. He also gets deep into the song’s verse, which is played with a creepy clean tone and a bit of flange. During the track’s bridge, it moves into all-out chaos while drummer Jay Weinberg relentlessly blasts behind his kit, so this play-through gives a clearer picture of what’s going on with the guitar during this whirlwind.

Fret12 is also launching a Jim Root guitar giveaway, where a lucky fan will win an autographed Jim Root signature Fender Stratocaster, which was actually used during the .5: The Gray Chapter recording sessions. The winner will also receive a copy of Root’s The Sound and the Story DVD.

Watch our exclusive premiere of Jim Root’s “The Devil in I” tutorial in the clip above, and order the Fret12 DVD Jim Root: The Sound and the Story: .5: The Gray Chapter. 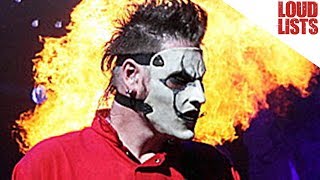 The post: Slipknot’s Jim Root Teaches You How To Play ‘The Devil in I’ – Exclusive Video Premiere, was published at: Loudwire