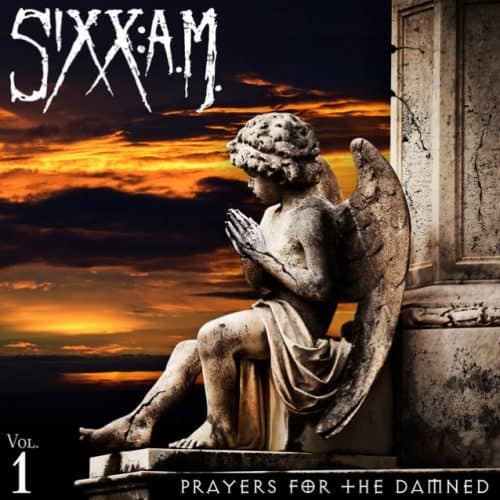 SIXX:A.M.: ‘The World Feels Wounded Right Now And Is Need Of Repair’ – @Blabbermouth.net
0 (0) On how SIXX:A.M.‘s songwriting process has changed over the years:

James: “Our songwriting definitely evolves with every record. I think that you could very easily say that we have found our sweet spot as songwriters together, and as music partners. A few things happened during the ‘Modern Vintage’ tour, but I think that one of the most profound things was that we all, at that point, decided that we were gonna really commit to a future with SIXX:A.M., and that was an exciting turning point for us. We had already, over the years, developed quite a strong bond as far as songwriters go, but just knowing that you actually have a future and knowing that you are gonna be touring, it really changed the dynamic, it changed the energy. I feel like in a lot of ways we felt like we were making our first record.”

On the title of SIXX:A.M.‘s new double album, “Prayers For The Damned”:

James: “There’s no denying that right now, globally, there’s a sense of crisis. And I think that that speaks to our very first single off this record called ‘Rise’, which really addresses that. We’re not a political band by any stretch of the imagination, but we are certainly a very socially conscious band. Things that matter to us on a personal level are happening on a global level. And we found that during the writing of both of these records and the recording of these records, we were so inundated by things going on around the world that really require some attention. And I think it’s safe to say that the world feels kind of wounded right now and is need of repair. And ‘Rise’ really is talking about how this is a crucial time for us to set our differences aside and come together and rise up and try to start changing things for the better. I mean, you look at what’s going on in the United States right now; it’s an election year, and it is probably the most vicious, loudest, most aggressive election year any of us have ever experienced in our lifetimes, and there’s a reason for that. People feel desperate, people feel scared, people feel angry, people are dissatisfied with leadership, and so if you’re an artist, you cannot be creating art and just ignore that element to it. ‘Prayers For The Damned’ is a unique song and it’s a unique title, because it really gets right to the heart of that. It deals with that struggle between good and evil on a very personal level, and it also deals with it on a very global level, and I think it’s gonna connect with people on a number of different levels because of that.”

According to music industry web site Hits Daily Double, the first volume of “Prayers For The Damned” is likely to sell between 16,000 and 20,000 copies in the United States in its first week of release. The CD was released on April 29 via Eleven Seven Music.

“Prayers For The Damned”, the fourth studio album from the trio, represents the band’s most ambitious, complete and adrenaline-soaked effort to date. The album also boasts first-class production and mixing by Michael and original artwork from Ashba, proving that this collection of music is a true labor of passion. 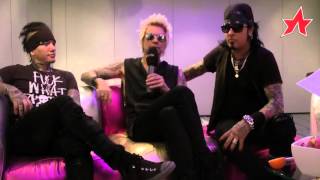 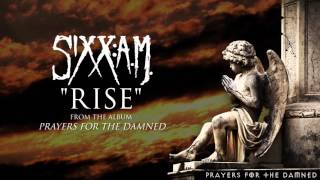 The post: SIXX:A.M.: ‘The World Feels Wounded Right Now And Is Need Of Repair’, was published at: Blabbermouth.net

Paul Thomas Anderson Directs a Music Video for the New Radiohead Album, Which Is Out NOW! – @Open Culture
0 (0)

No Thoughts on SIXX:A.M.: ‘The World Feels Wounded Right Now And Is Need Of Repair’ – @Blabbermouth.net
0 (0)